Standing looking at the wall mural at the Victoria Falls Hotel, Zimbabwe, some time ago, I couldn’t help think that it’s many years since the flying boats plying the routes across the world from Britain epitomised luxury travel. Due to political and physical limitations these days it’s almost impossible to replicate even the routes, let alone the methods of travel that previous generations enjoyed.

The promise and magic of luxury flight also seems to have deserted all but the most affluent and my own fascination with aircraft tends to leave both Cherrie and our friends completely cold – but it did get me thinking.

What better way for me to enjoy flying than to suggest our own Flying Boat party – a day out to combine the spectacle of an air-show with the pleasure of a boat? Our flying-boat party would mix luxury with a live show, champagne with Chinooks, smoked salmon with a Supermarine Spitfire! 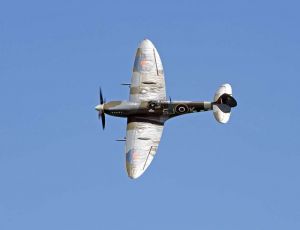 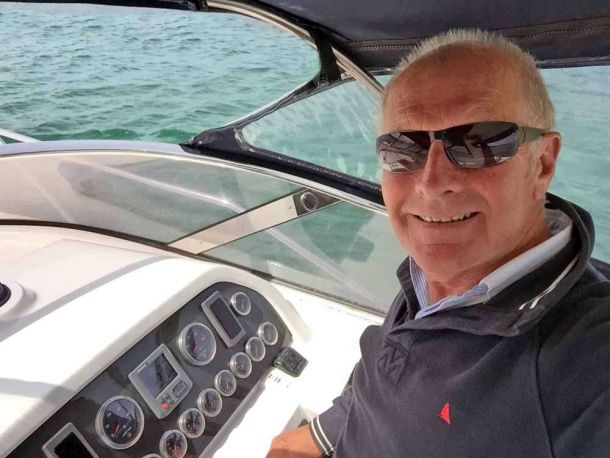 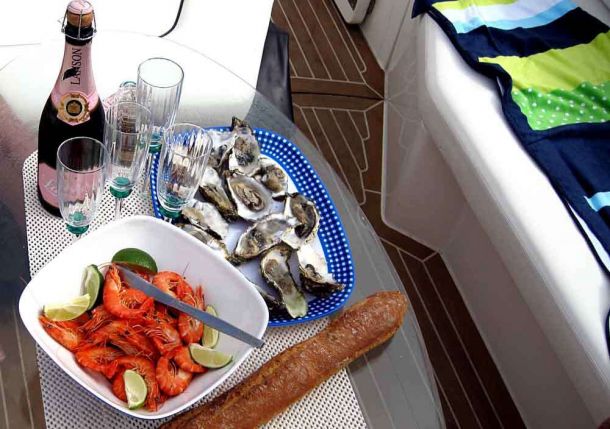 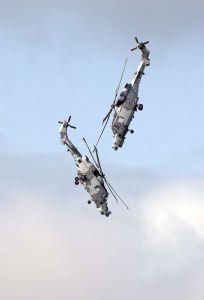 Not everyone owns a boat but it doesn’t stop a group of friends getting together to hire one for the day – with or without catering, depending on what sort of party you desire. Our day out at Bournemouth Air Festival was the week before recent tragic events and subsequently it looks as though the only unrestricted flying at shows will be over the sea.

Where better perhaps from now on, than to view the last remaining historic aircraft whilst bobbing safely alongside a watery exclusion zone. There are many resorts around Britain’s coast that continue to host air shows.

The trip from Poole Harbour out to the area between the piers of Bournemouth and Boscombe was in itself a pleasure, with the Sunseeker we were in, planing the light waves easily and the sun making the colours around us vibrant and alive. Poole harbour was one of the old BOAC flying boat stations, so it seemed particularly fitting to be flying across the water here. For our day, we’d previously divided tasks and purchase of provisions between the group and with half an hour to spare were moored perfectly on the centre line, adjacent to the outer markers of the large exclusion zone – perfectly placed for the promised displays. 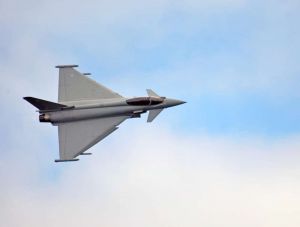 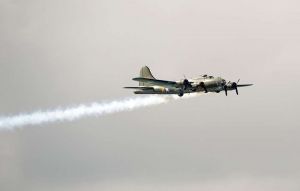 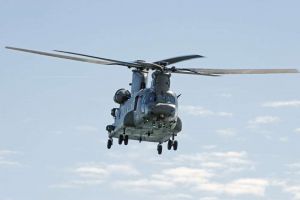 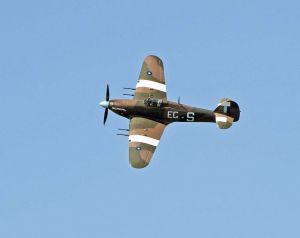 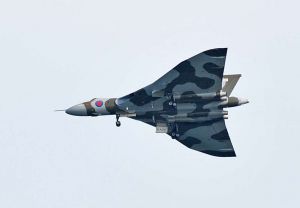 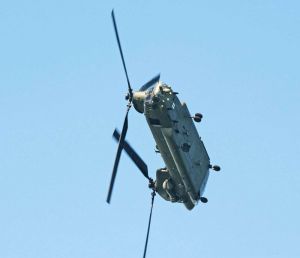 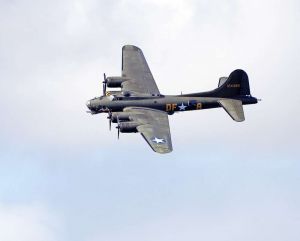 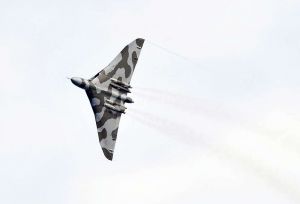 Within minutes the girls had drinks in their hands and were completely immersed in conversation that added little to the commentary on the radio about the impending air show. Nevertheless, unlike watching an air show on TV, when the aircraft did arrive, even the girls couldn’t drown out the magnificent sounds of Merlin engines and the Vulcan bomber; although they did give good account for themselves against the more timid aerobatic light aircraft!

A sure show stopper is always the arrival of the Red Arrows and situated as we were on the centreline, we had a grandstand seat as they swept towards us in perfect formation over the coastline with its rammed beaches and amusements, to roar into their highly polished display routine. 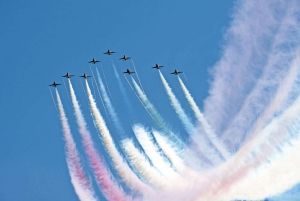 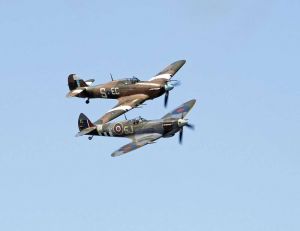 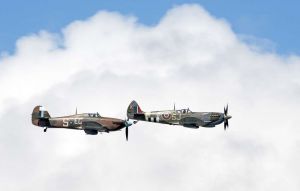 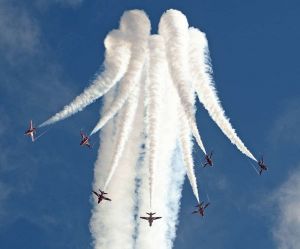 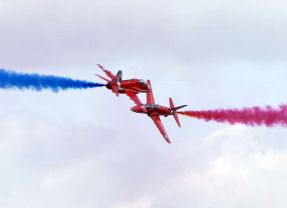 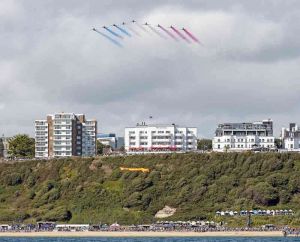 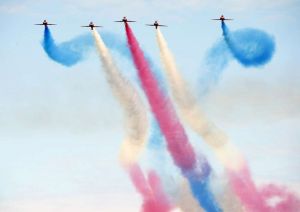 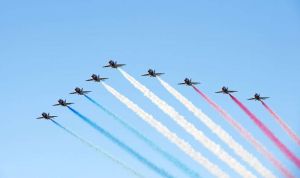 Even the girls fell quiet as the multi-coloured smoke trails cast brushstrokes around the sky and carved a perfectly pierced heart for all who gazed skywards.

With the blessing of sunshine, good company, lovely spread of food and a glass in hand we were able to make the day out inclusive for all; rather than a lonely endurance for those who either loved or loathed air displays. The inevitable gaps between displays lead to much light-hearted banter and those who had little affinity for the aircraft when they arrived, nevertheless thoroughly enjoyed leisurely companionship on the boat.

So, in our own special way we’ve brought back the magic of flying boats and can thoroughly recommend it for families who have disparate interests but still love one another’s company.

Now…what can we do for the Grand Prix?