Birds of a feather whoop it up along the Texas Gulf Coast!

Our guest contributor Dr. Robin Doughty suggests that you should stop off in Texas on your way to whooping it up on the Gulf Coast of Mexico!

Come and spot America’s tallest bird, and to many eyes its most graceful species. It bugles, struts and dances; sees off coyotes, and will fix you with in a steady yellow stare. It’s no wimp.

In late February, when many people clamor to get away from the miserable English weather, why not fly to Houston or Austin, and head to the balmy Texas Gulf Coast. Come and experience the Whooping Crane Festival. 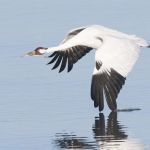 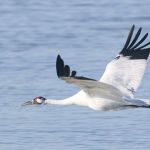 The city of Port Aransas, a fishing and resort community numbering a couple of thousand residents who live on a sandy spit beside the sea, draws in a bunch of Craniacs. These are an assortment of biologists, bird chasers, “winter” Texans (usually escaping Michigan’s weather!), and interested persons, who get together to talk about cranes.

They want to know about the latest numbers and happenings among a species that fifty or so years ago was on the very edge of extinction. They want to take a boat ride to view the magnificent birds themselves.

The tall white-colored adult cranes with black wing tips dot the Intercoastal Waterway that bisects the bay edge of a large misshapen refuge set up by FDR in 1937.

Back then, the cranes seemed to be making their last buglings, so the federal government set aside the Aransas Wildlife Refuge to protect them. 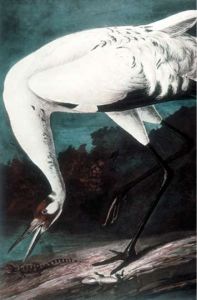 Most birds had been shot for food or sport or had lost their nest marshes in the Midwest and much of Canada to reclamation schemes but a small flock of a dozen or so cranes persisted.

It flew into a peninsula thirty miles north of Port Aransas every fall.

People assumed the birds had migrated from a secret breeding site in Canada. In 1953 a pilot spotted the breeding birds about 2,500 miles north of the Texas refuge.

This chance discovery kicked off a strategy for keeping the whooping Crane alive and rebuilding its numbers.

The Recovery Plan remains in effect. 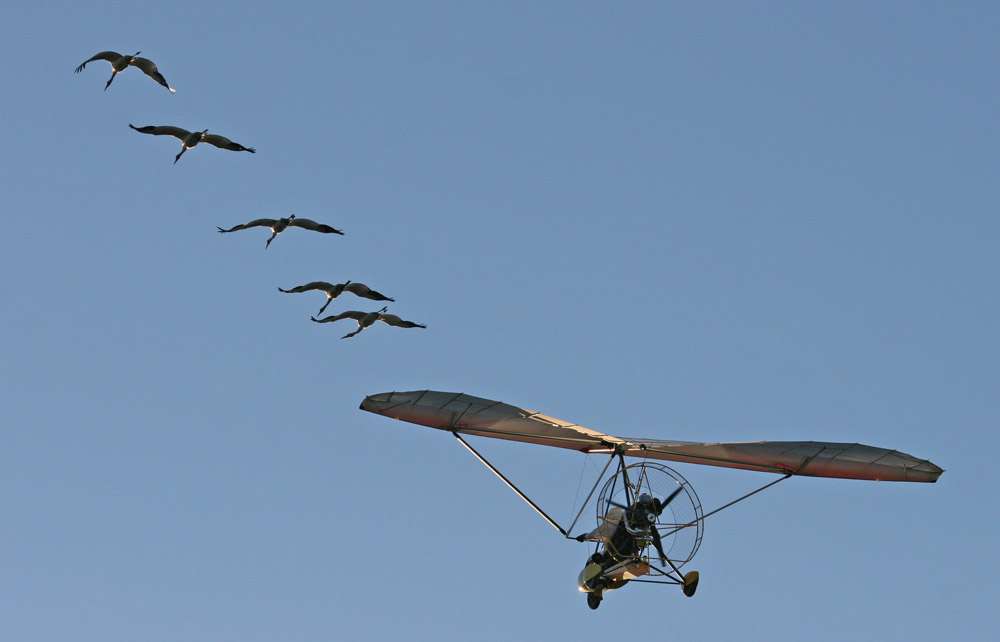 No other bird has had so much done to keep it on this side of oblivion. So every year at the Crane Festival people are briefed about how the wild population is progressing between Texas and Canada; how many cranes are being raised in captivity, released back into the wild, and given flight school training (so that they will follow an ultralite Mother Crane).

Crane experts count birds, watch what they eat, where they nest, and what happens to the eggs and chicks. Birds are protected, perhaps even fed, in special sites established for them, not only in Texas, but also in Louisiana, Wisconsin, and Florida. The aim of the international recovery plan is to restore populations to the wet places where they once nested. 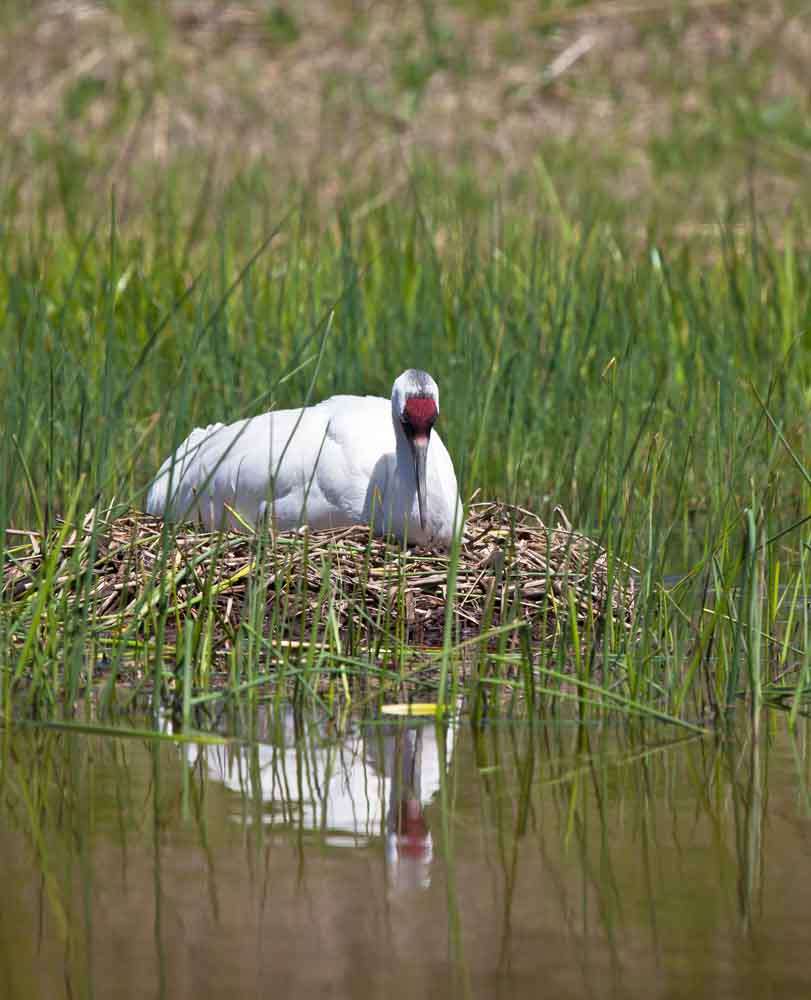 Festival participants hear about breeding and release details and get an update on overall numbers. Then they get to enjoy seeing birds in the wild either by driving through the refuge to observation towers that give distant views of families, or by edging closer to them from the water. The leg bands they carry can tell individuals apart. So on spotting a banded crane an observer may be able to discover its age, sex, when and where it was born and how it associates with its peers, including a potential mate. In sum, we get to know about a bird’s biography.

One of my favorite whooping cranes was called Blue-White (named by its leg bands), which disdained the security of the Aransas Refuge for two winters before becoming a fixed member. Cut off from his parents’ guidance during his first migration, Blue-White hitched up with a flock of smaller more numerous Sandhill Cranes. That fall, Blue-White grew to be a corn-picker, not a crab-picker, crane, and survived well north of the Aransas Refuge. Then, the following fall, he partnered a young female to another refuge; again well away from his expected base; until he finally touched down in the “right” place during his third winter. 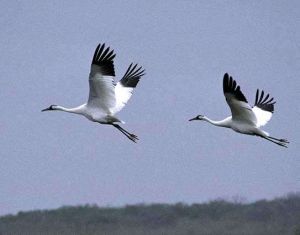 So, just like people cranes have their stories. And as they may live for upward of twenty years, individual birds may lose a partner and gain another, or wander from time to time; usually it is argued in search of ample food and water. In fact, check before you leave for that splendid festival because over the past several seasons a few of the huge white birds have graced a lake not far from the Texas capital, Austin. Thus, you may be able to see and hear a crane, before whooping it up along the Gulf Coast of Mexico. You’ll be a step ahead of the other snowbirds. Don’t forget your swim gear, ‘cos the Gulf is never as cold as the North Sea or English Channel! 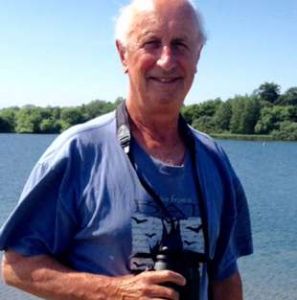 As well as being author of the ‘Albatross and the Fish’ and eleven other books, Robin and his wife Barbara are great dinner companions and all round good fun!

Robin is also a Professor Emeritus at UT Austin, Texas specialising in the history of Landscape change and conservation.

He’s a faculty member in the Dept. of Geography & Environment at the University of Texas and  a speaker with the Institute for Shipboard Education. He lectures about wildlife related topics that include the rewilding movement, saving threatened species, and the depiction of birds in art.

We hope you found his short article intriguing.