Kefalonia, thanks to shooting Corelli

If it’s not too much of a pun given what follows – most travel is about setting the scene and knowing the score – never more so than our fascinating journey around this sublime Greek isle.

We always think it fun to set ourselves ‘missions’ when visiting new places, rather than just pitch up and then try to make the best of things. Neither of us is keen on just lazing around by the pool or on a beach for extended periods as our threshold of boredom is pretty low and we’re constantly seeking new distractions to fulfil our stay in any destination.

We planned a trip to Kefalonia (or Cephalonia), the beautiful Greek Island; largest of the Ionian Islands in western Greece. Sometimes suggested as Homers Ithaca, the home of Odysseus, rather than the smaller island which bears the name today, Kefalonia is also infamous for the execution of five thousand Italian soldiers by the German forces in the closing stages of the Second World War. 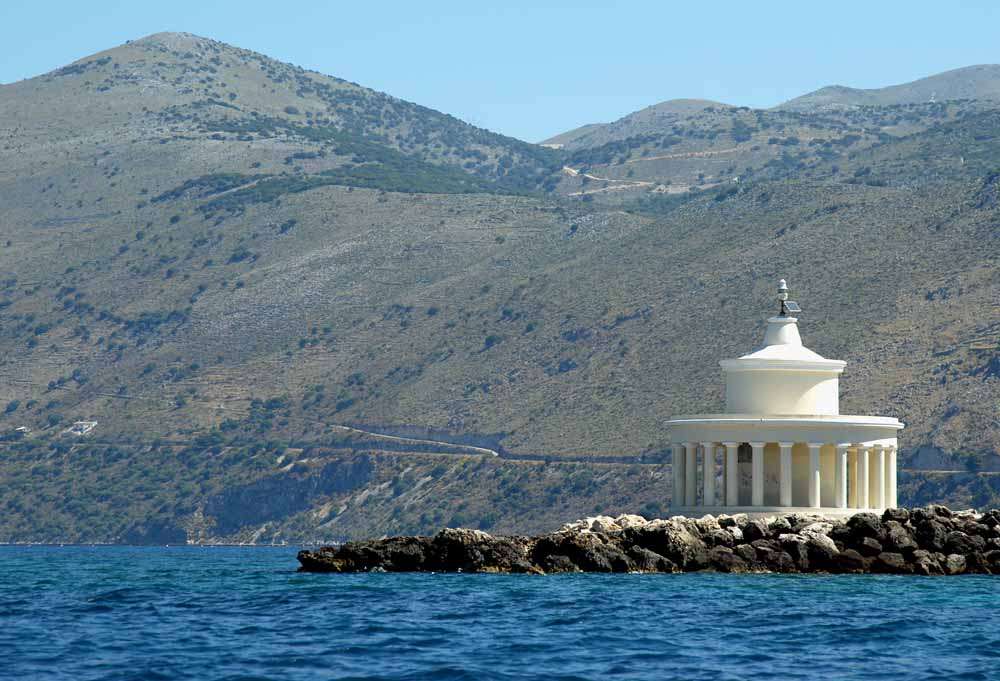 It’s about the circumstances surrounding this event that the book ‘Captain Corelli’s Mandolin’ was written and subsequently produced as a major film. Whilst the film came in for criticism for its benign presentation of character and fact, it nevertheless used some stunning locations around the island for its film sets together with a memorable and haunting music score (hence the opening pun if you haven’t already got there). This was to become the theme of our stay in Kefalonia.

We arrived in Kefalonia with the shooting script of the film (the source of which we’ve subsequently misplaced but which can be readily duplicated and combined via Google – see the references that follow) on a bright sunny June day. We rented a bright red ‘Jimmy’ jeep, which was barely big enough for our cases but would help with some of the rough terrain we anticipated and headed off to our villa near Klismata on the south-western coast. 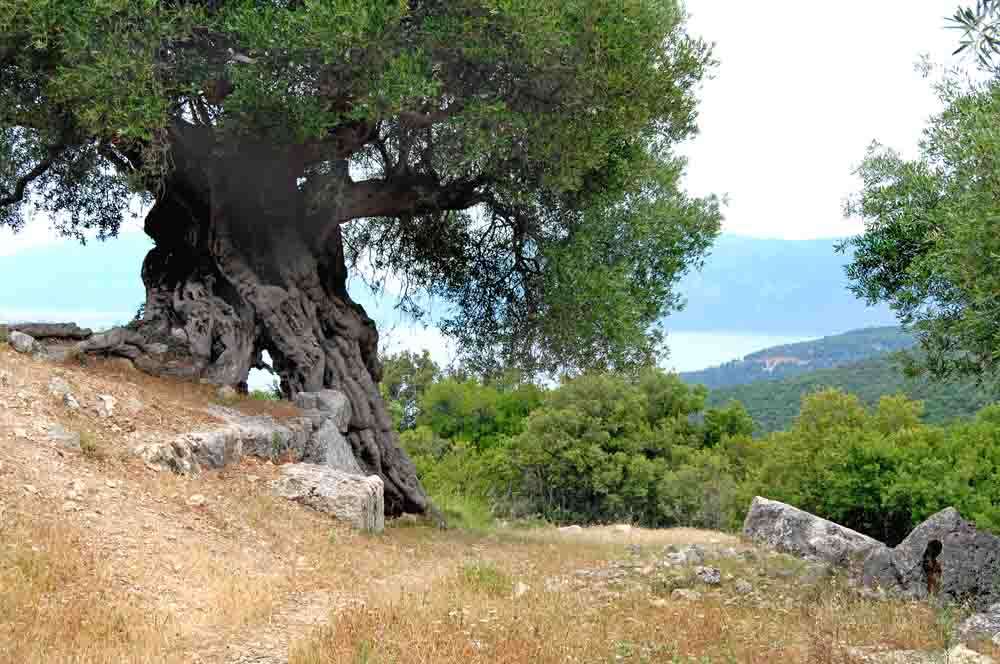 It’s possible to drive completely around the island in one day and north to south takes only about two hours – so there’s no need to hurry with your exploration if you fancy replicating our trip at leisure. The landscape varies from crushed marble beaches with azure water lapping at its fringes, rugged terrain of wild thyme and olive groves, to the pine clad peak of Mount Enos with an elevation of 1,628 metres (5,341 ft); so you’re in for a fantastic treat with such stunning scenery, wherever you go on the island.

Most of the filming took place in and around Sami, which was virtually rebuilt for the purposes of the film as, along with much of Kefalonia, it was almost totally destroyed during the earthquake of August 1953. 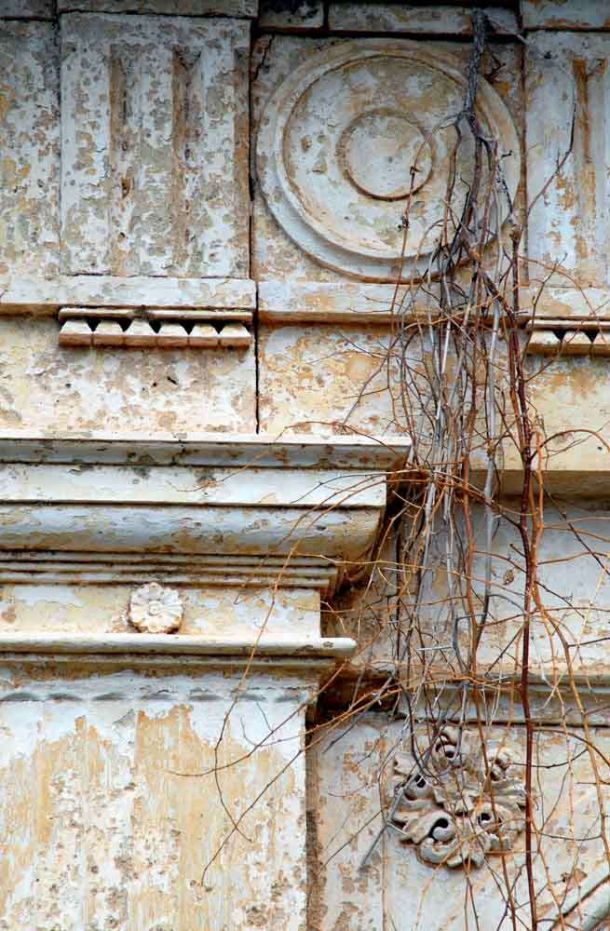 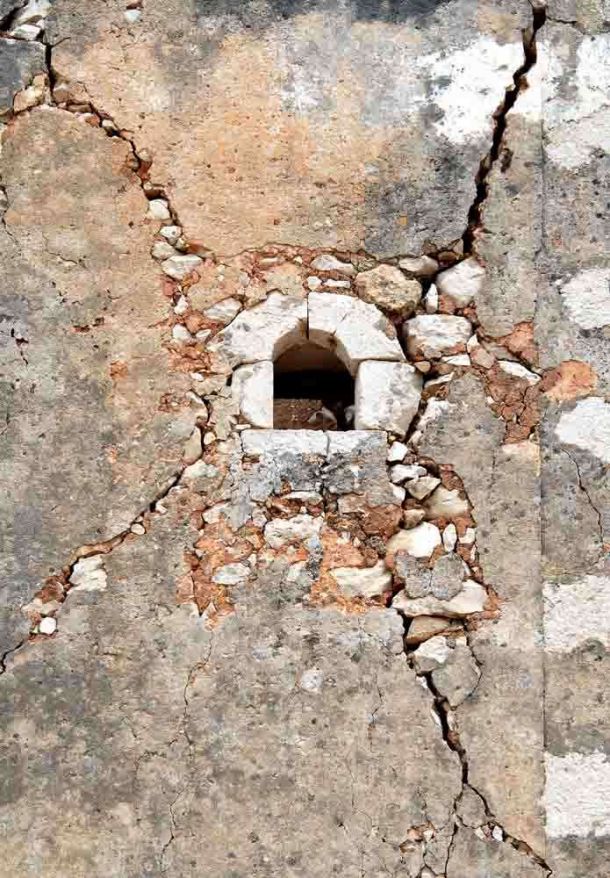 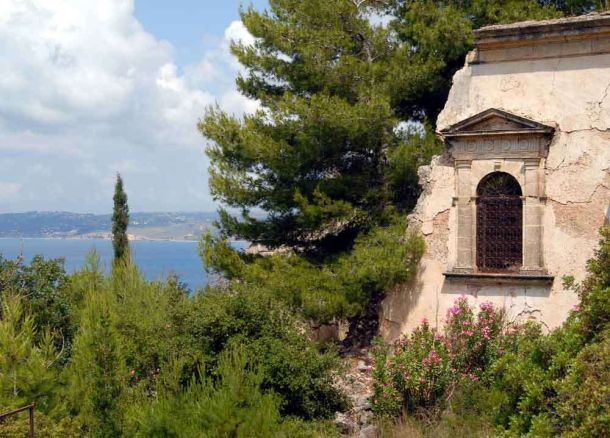 Fiskardo, the northernmost port, is probably the most picturesque fishing village in Greece and really the only true indication left of what Corelli’s Kefalonia was actually like in its day, as this area escaped much of the earthquake’s wrath. We discovered Fiskardo after an eventful drive along an unexpectedly rain showered hairpin-infested coastal road that clings improbably to the sides of the island. Our little jeep with impossibly short wheelbase seemed uncertain of whether to enter the hairpins forwards, sideways or backwards on the greasy surface and it was with some relief that we turned off it down a narrow two kilometre track to rest at Myrtos beach – surely one of the most spectacular beaches on earth? Vivid blue waters and eye-watering white sands create a scimitar coastline that sits at the base of a curved shield of towering limestone cliffs behind it. In all honesty there’s not much to do there but snorkelling can be fun if you take care with the waves that can scrub you up onto the abrasive shoreline as you emerge from the sea. 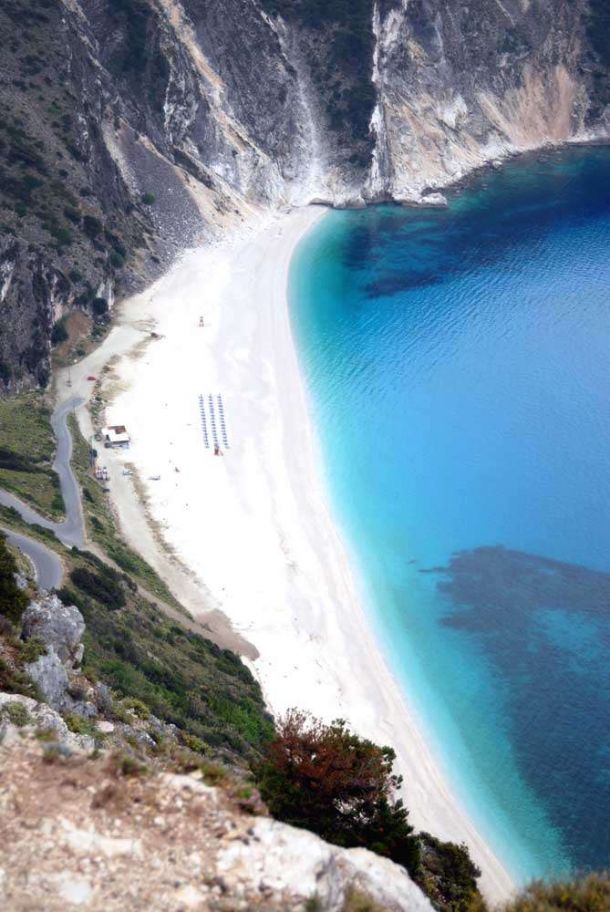 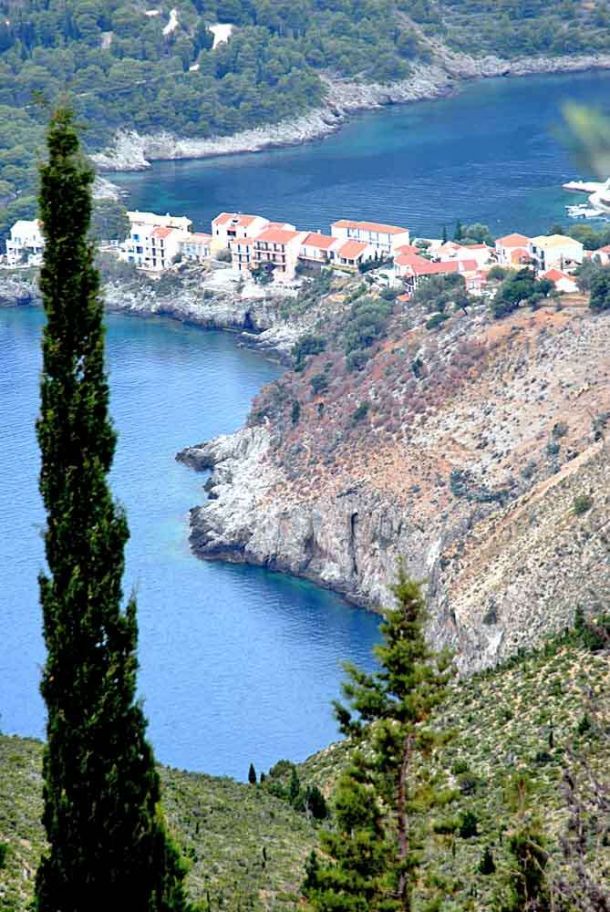 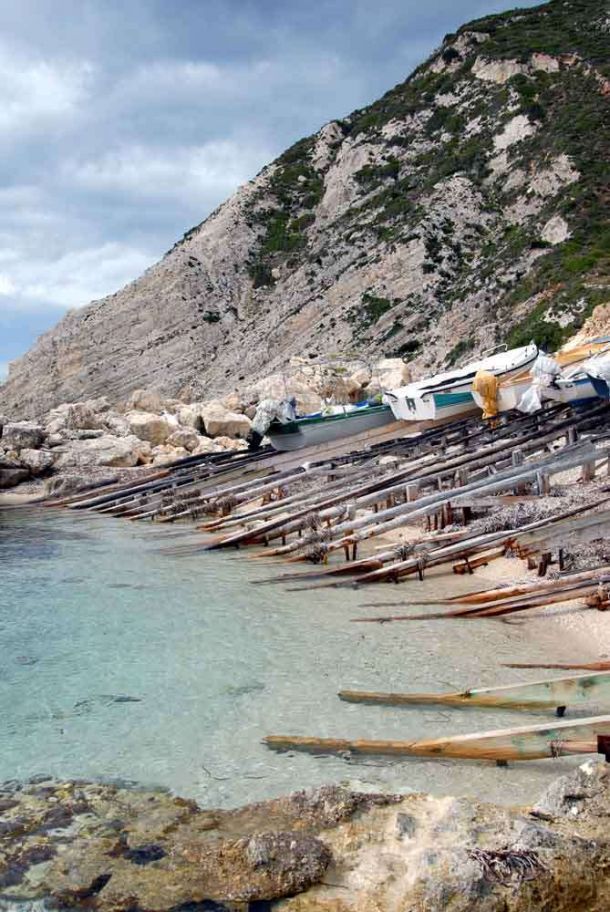 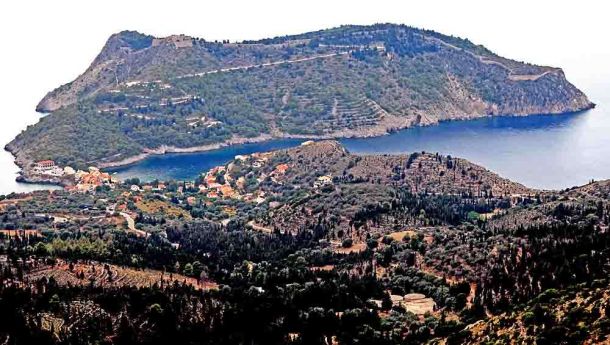 Regaining the rapidly drying clifftop road we continued for a few more miles until another trail dropped through tortuous twists towards Assos; a chocolate box group of cottages protected by an imposing Venetian castle. At this stage we were more interested in the handful of tavernas that awaited invitingly in the shade. 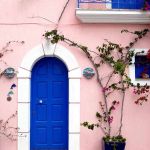 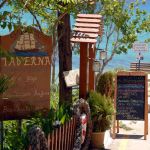 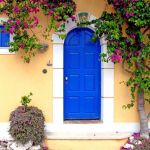 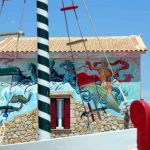 The remains of the monastery at Ag Fanentes near Sami and the monastery of Sia between Assos and Myrtos were used for scenes in the film but you can hardly drive anywhere without being surrounded by ruins and memories of what Kefalonia once was; now laced and entwined with lemon, olive and thyme that add a fragrance of their own and turn these scenes into mellow picturesque ghosts of earlier times. 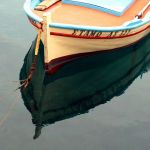 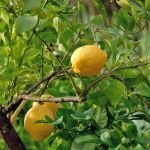 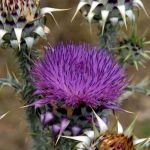 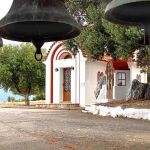 Fiskardo was the prize awaiting us at the end of the cliff road. Although many of the sights in Kefalonia seem hard to better, this little jewel of a port seems to transport you back in time with its quietly chic and stylish Venetian architecture nestling around a quaint cluster of colourful fishing boats. 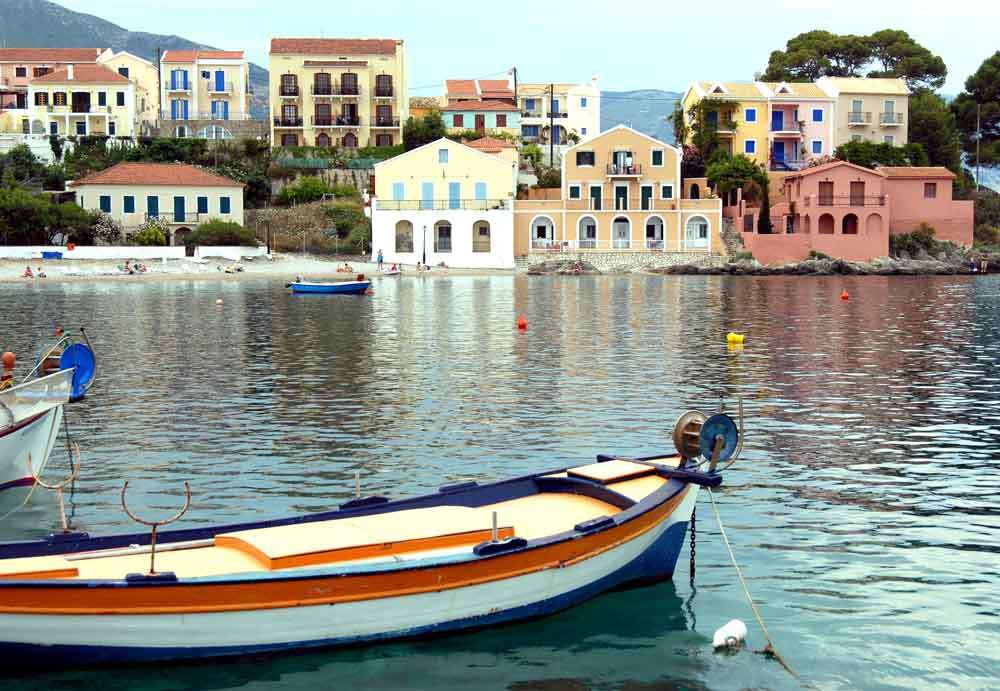 If you’ve seen the film, Horgota beach ( known as Mandras’s beach in the film, as here he’s pictured fishing from his boat as well as kissing Pelagia on the jetty) is on the east coast between Fiscardo and Aghia Efimia and is worth a visit. Whilst it’s accessible by road it’s the very steep descent that focussed our attention; so something other than our little jeep might struggle to come back up again easily. Once there, the beach is idyllic and the now ruined jetty adds a sense of isolation and history to this pretty and remote location. 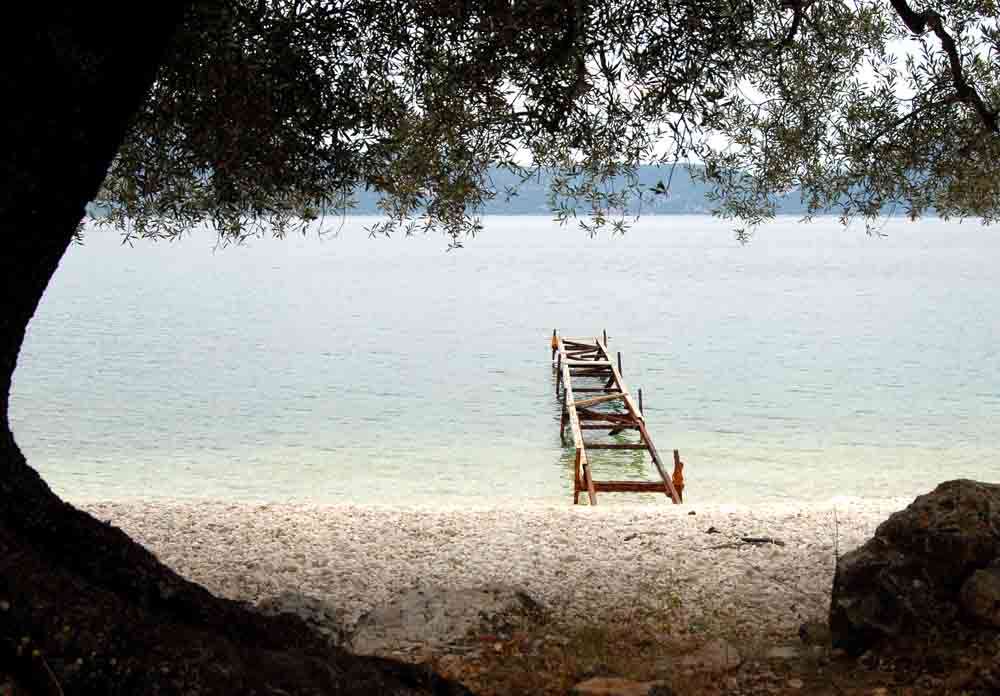 Drive inland and you’ll soon find yourself climbing further and further up the dirt tracks and rugged roads of the slopes of Mount Enos. Megalos Soros, the highest point of all, is an excellent place from which to get your bearings, put your travels into perspective and to enjoy a breath-taking view of the Peloponnese peninsula. 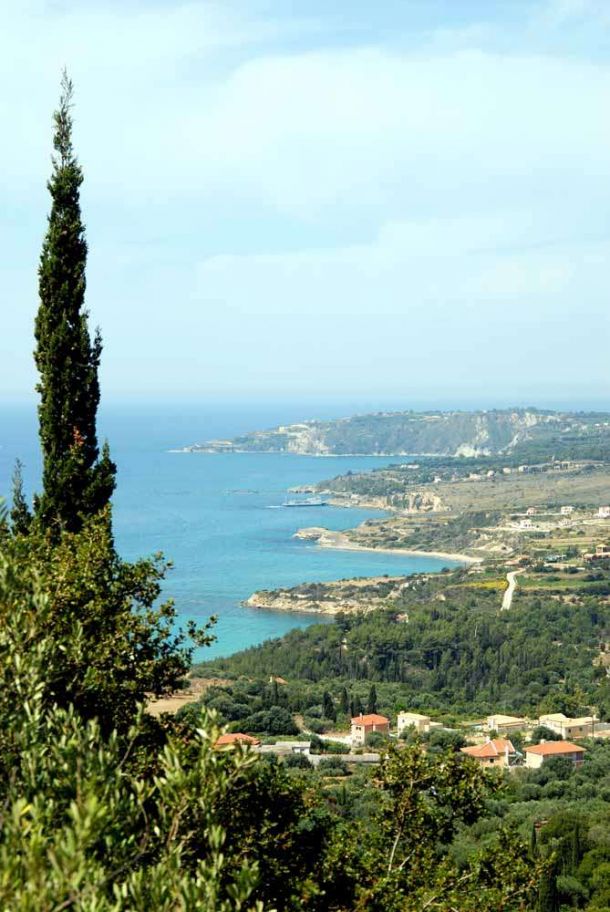 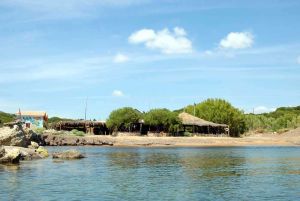 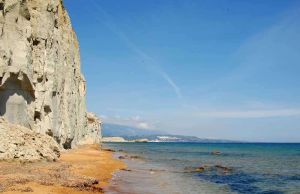 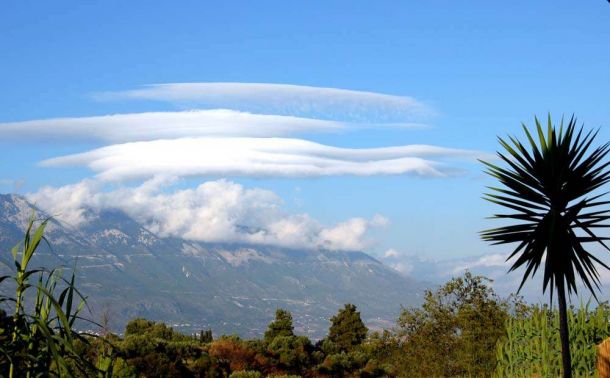 With so much of the various film sets being constructed from chipboard and chewing gum, we were sometimes unsure of whether we’d actually discovered the location used but the simple act of exploring picturesque areas that we shared only with goats, lemon trees and the pure scent of pine lent a sense of discovery and excitement to each day’s adventure. 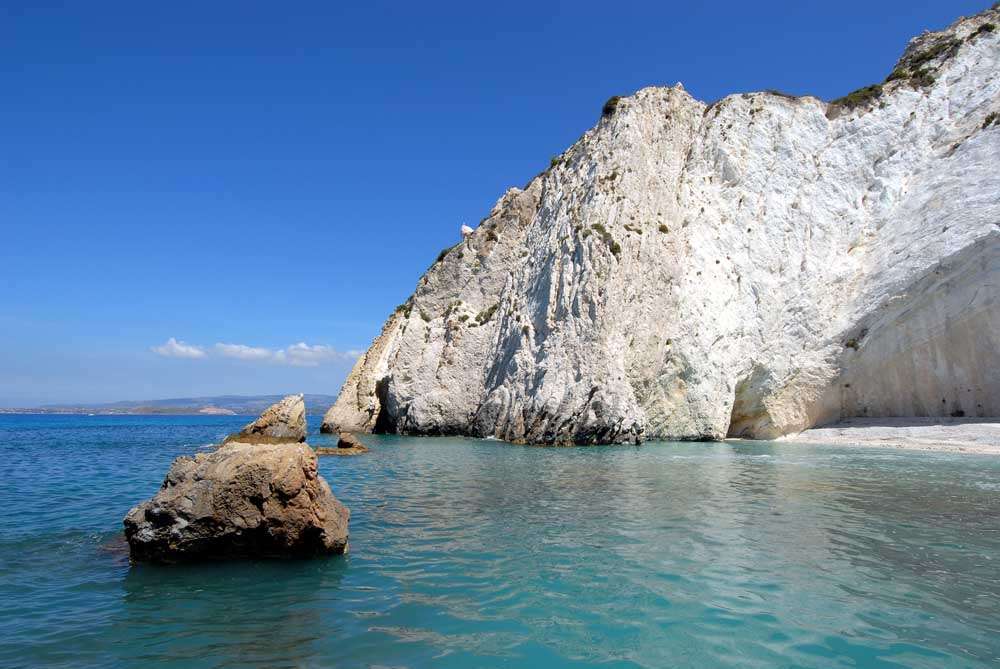 Yes, you can lie on a beach, eat and drink at quaint and friendly tavernas by the water’s edge but when all is said and done it’ll be just another holiday that perhaps lacks a sense of discovery and reward. We saw more of Kefalonia by piggy-backing on the production crew’s investigations for film locations than we ever would by following a guide book’s interpretation of the attractions we might like to experience. Why not give it a go?

Kefalonia is beautiful – a real picture – and our trip there made us wonder how many other blockbuster movies and classic books hold itineraries yet to be re-discovered by us?

If you’d like to try and replicate part of what we saw then the following links to websites that cover the shooting locations might help you create your own itinerary.