Just off the beaten shack

One of the prettiest places we’ve visited in Europe, with all the attraction of any beautiful seaside area but with a French shabby-chic style to it is Cap Ferret on the Atlantic coast of the Bay of Arcachon in Aquitaine.

Cap Ferret lies south of Bordeaux and is in easy reach by car. The crescent of dunes that stretch almost full circle from the one hundred and four metre high Dune du Pilat at its south-eastern end to the sea-level sands and stone lighthouse on Cap Ferret peninsula in the southwest, encircle an inland sea fed by both freshwater waterways and the Atlantic. A large part of it dries with the receding tides but it remains a fascinating location for recreational visitor and fisherman alike. 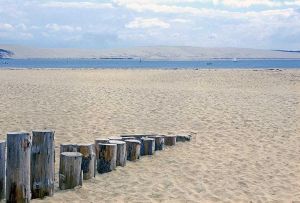 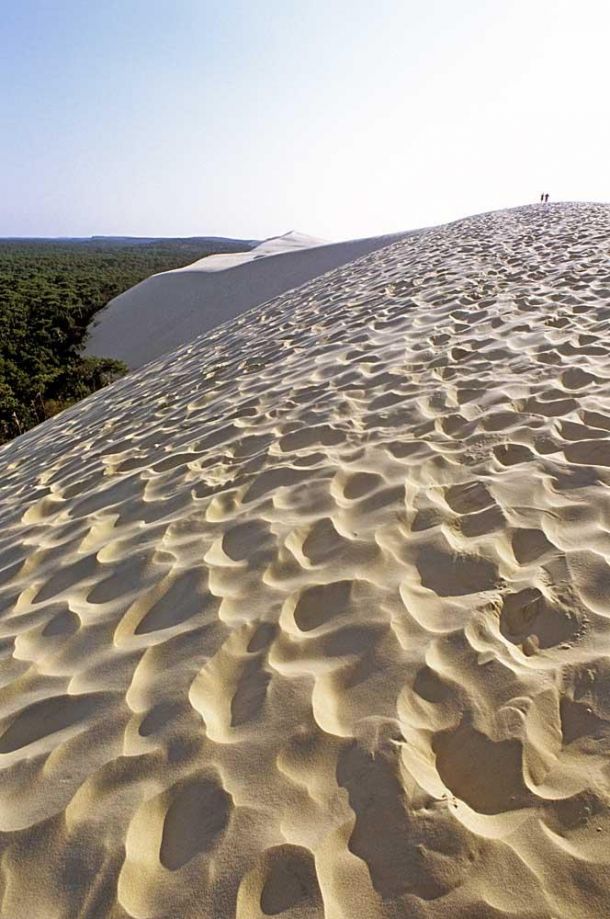 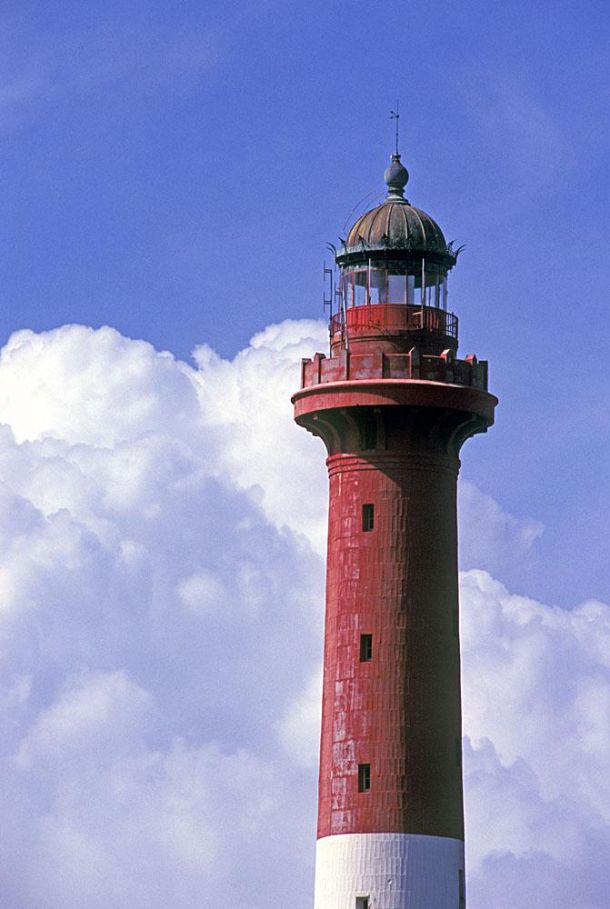 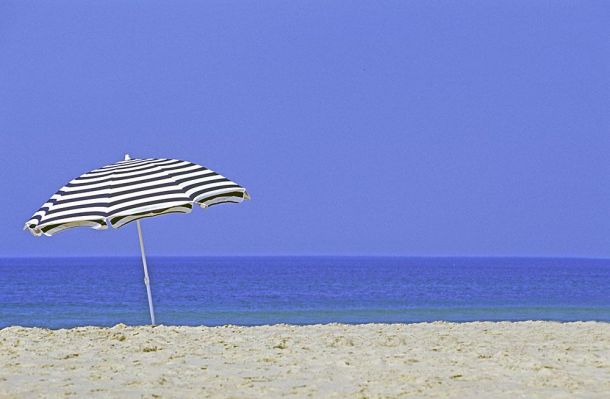 It’s a place we wouldn’t mind living as there’s a laid back feeling to the area but with sufficiently good communications not to feel isolated from life. Cap Ferret itself is both beaten by the Atlantic rollers from the west and lapped by the lagoon like waters from the east. With its pastel colours, sandy roads, bijou shops and chic lifestyle it’s an idyllic little town that at once puts you at ease. 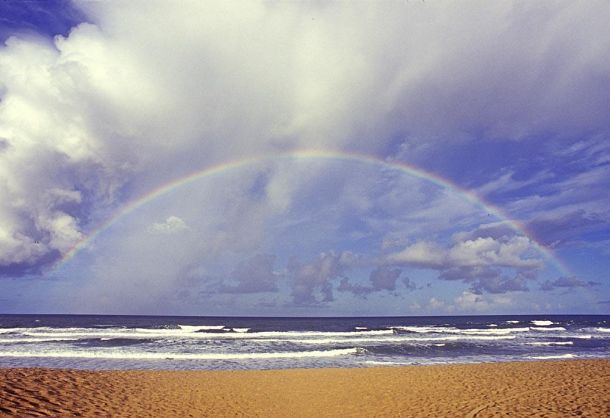 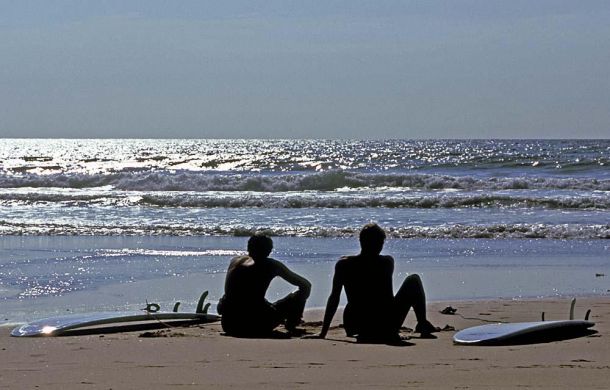 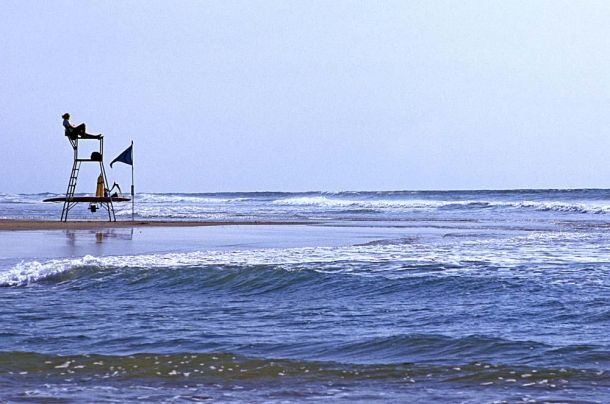 We’d missed the last scheduled boat that would take people past the distinctive Fishermen’s cabins on stilts in the middle of the bay; so accosted a couple who were about to go out in their little cabin cruiser and asked them if they would consider taking us there if we paid for the fuel. After initially looking perplexed – probably by both the request and our mastery of French – they agreed and we spent a lovely couple of hours with our own private craft, cruising the waters of the bay under a cloudless blue sky. 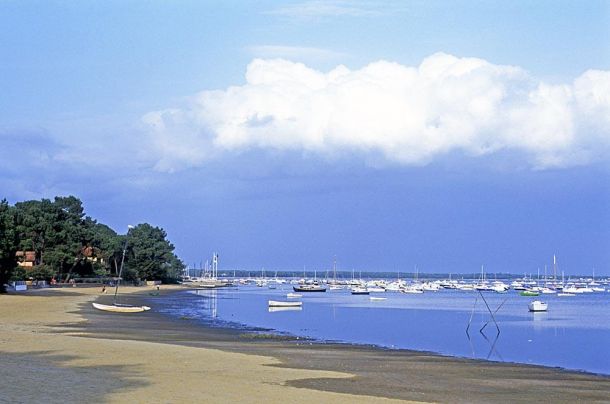 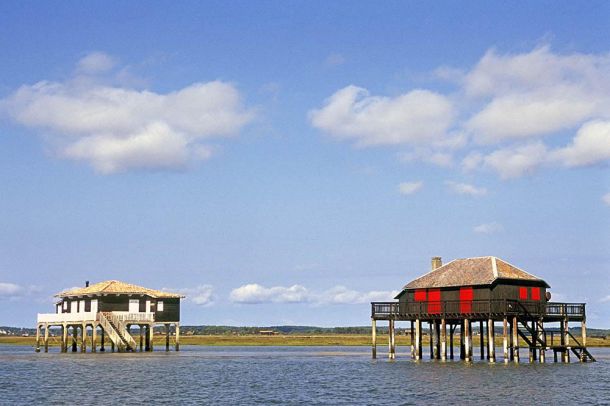 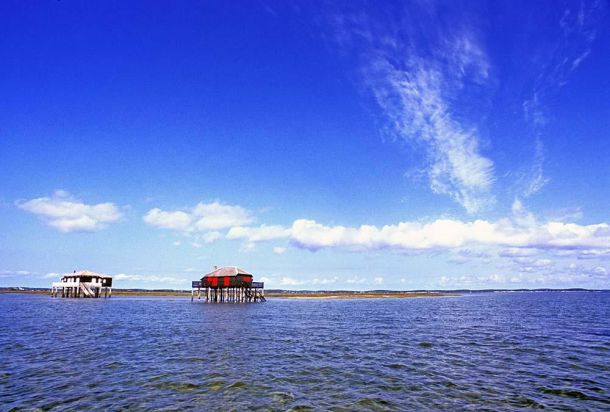 Feeling peckish on our return we explored slightly further north around the peninsula from Cap Ferret until coming across L’Herbe, a tiny traditional fishing village of oyster farms along the beach. With the sun beginning to scorch us we gratefully sat beneath a grass parasol at one of the oyster farms and ordered a carafe of white wine with a platter of local oysters and prawns. As we cooled and mellowed gently we looked around at the vividly coloured wooden fishing huts that are very much a feature of this village; many over a hundred years old and still proudly maintained by the locals. Gently swinging at anchor in the shallow waters of the bay, with the oyster beds, fisherman’s tractor and flat bottomed Oyster boat as a backdrop lay the beautifully maintained traditional Pinasse fishing boats that add a unique style of their own to this tranquil scene. 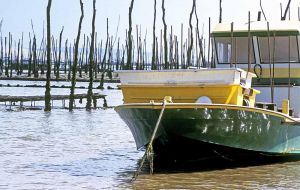 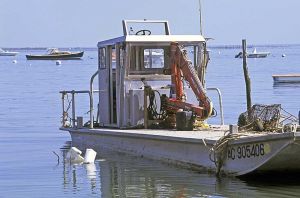 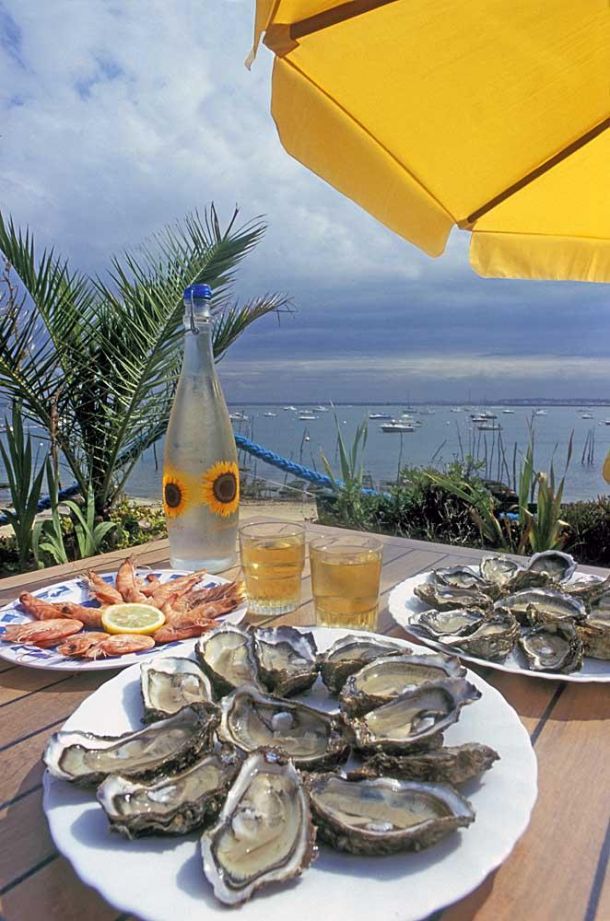 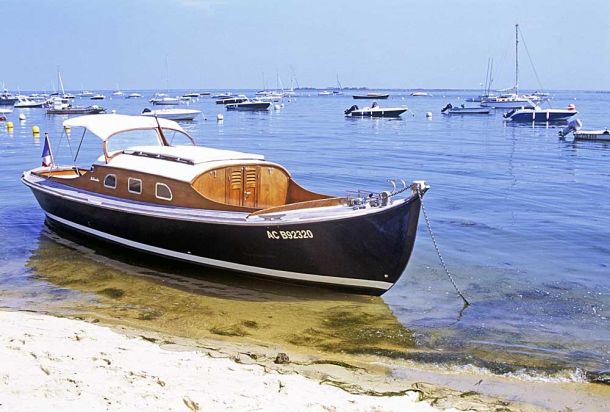 An inky blue sky warned of impending storms but also accentuated the primary colours of the huts and the Pinasse in the bright sunlight. After paying, we reluctantly strolled away around the beach to the Moorish style Villa Algerienne Chapel that stands distinctively at the edge of the bay with its onion shaped dome bedecked by cross and crescent insignia. Before departing L’Herbe we were drawn once again to the narrow sandy streets of the village with its closely bunched and weather-beaten shacks that just seem to encourage the heady laziness of a seaside holiday. 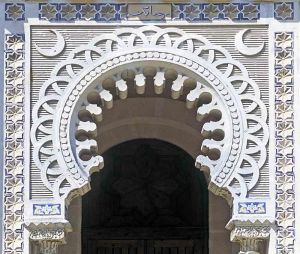 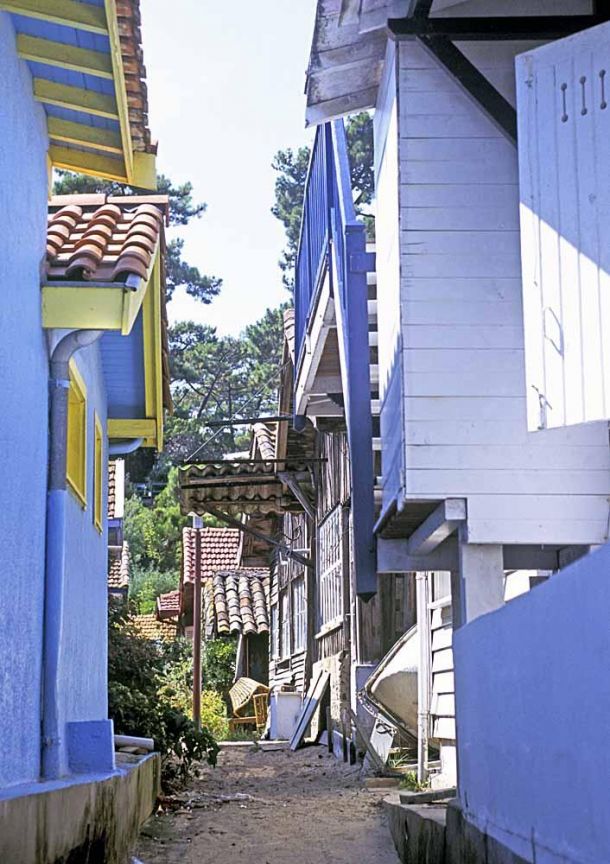 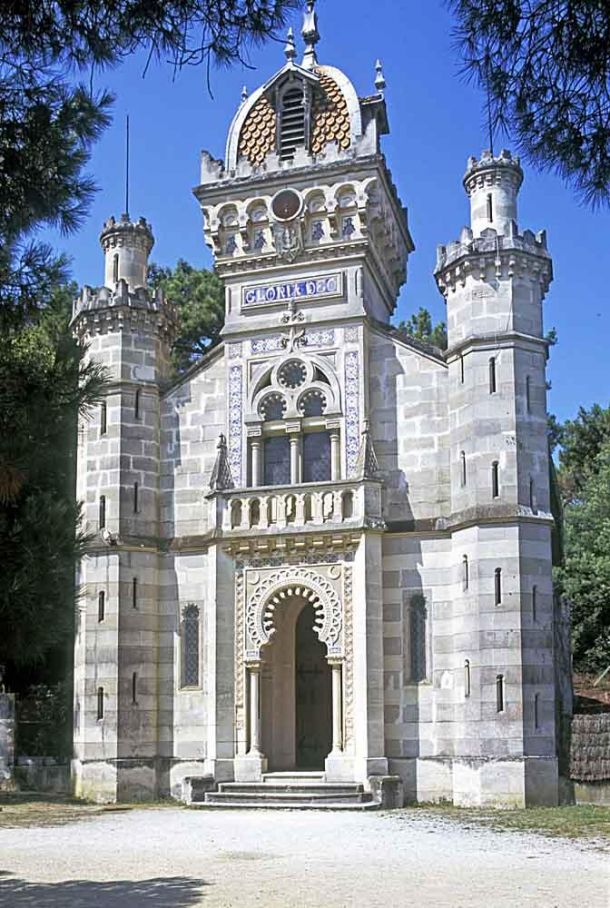 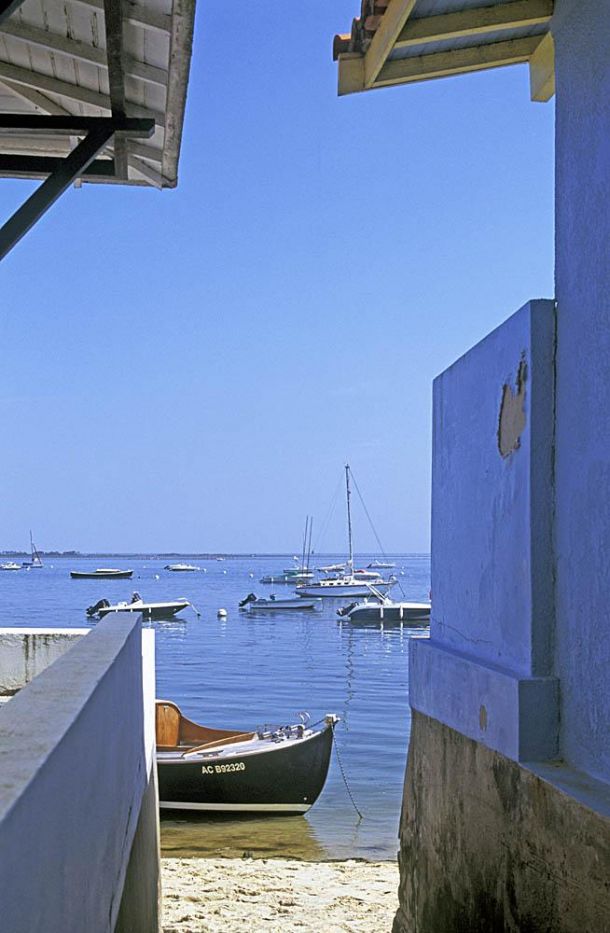 Although a popular escape for Parisians and those from Bordeaux, Cap Ferret attracts relatively few British visitors, presumably because it’s just that little bit further away from a simple flight to Bordeaux without hiring a car. Otherwise it’s only on the map if touring greater distances down the west coast of France. 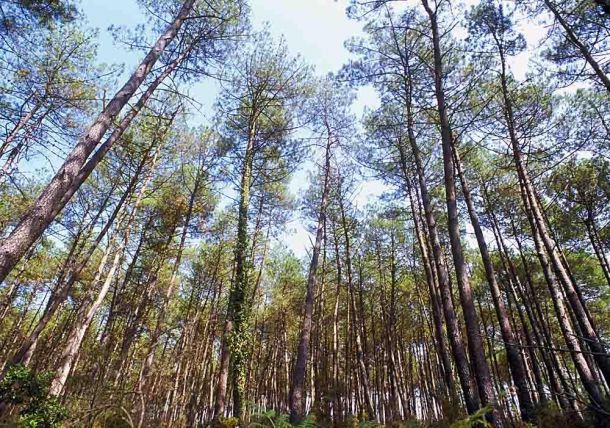 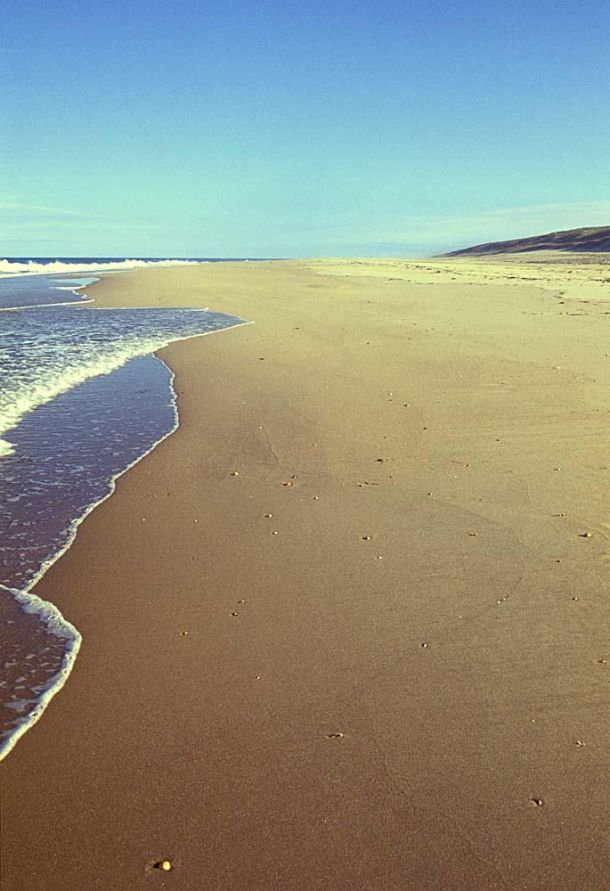 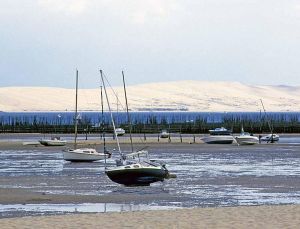 L’Herbe really was a reward for exploring that little bit beyond where the tourists normally throng and the locals go to chill. If you get the chance we highly recommend it as a place to just relax a while and absorb the unique ambience of this lovely authentic village – you won’t regret taking that extra stroll. 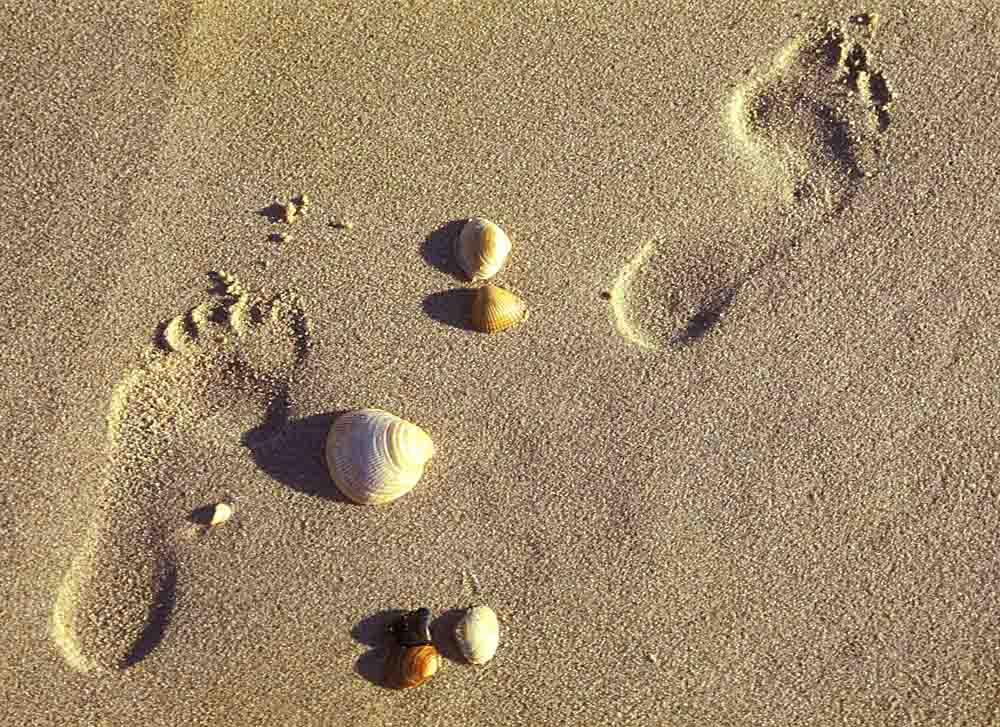