In the third of this three-part guest blog, Karen von Gerlach concludes her Argentine adventure with a brief glimpse into Chile

Sunday, 8 November 2015
I felt sad to leave Bariloche in Patagonia. There would have been so much more to explore. However, new adventures were waiting.
We were lucky. The weather was going to be sunny and pleasant for our lake crossing from Bariloche to La Peulla in Chile. At 9h00 we embarked on our catamaran at Puerto Panuelo for our 1-hour cruise along the sapphire-blue waters of Nahuel Huapi Lake, past pristine forests and snow-capped mountains, catching sight of diverse birdlife and listening to lake lore and history. A glorious experience! 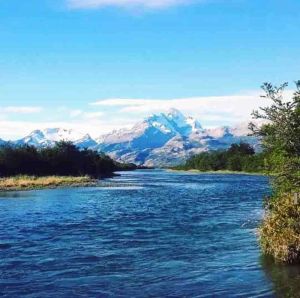 In Puerto Blest we had to leave our boat and get on a bus for a 3km ride on a picturesque route that hugs Frias River to Puerto Alegre. Another boat was waiting for us, another 20min ship cruise across the deep turquoise-coloured Felix Frias to Puerto Frias. Along the trip we marvelled at the extinct Tronador Volcano, the region’s highest mountain. Then through Argentinian customs, boarding a bus (approx. 2 hrs), all the while capturing amazing scenery and soaking up views of the dense vegetation that blankets the Andes, as we were crossing the border at 976 metres above sea level.
It was lunch time when we arrived at Peulla where we had to go through strict Chilean customs regulations and then a short walk to our hotel. La Peulla Hotel is really a very ordinary hotel, except for the spectacular view of the mountains. We had been booked for two nights, but felt that one night would have been sufficient. It is a real nature lover’s paradise though. 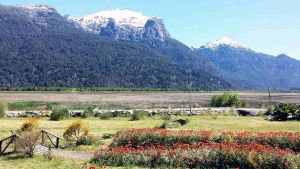 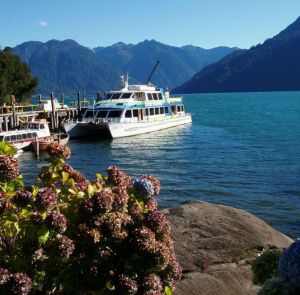 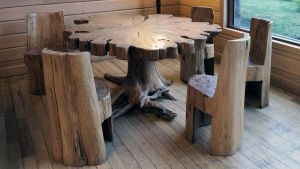 We had a nice afternoon snooze and then went for a long walk along the beautiful river, with its rich abundance of all kinds of exotic trees and colourful flowers. The evening ended with an average meal of salmon, nothing compared to Las Cauquenes’ salmon or for that matter mine!

Monday, and we had a sleep-in which was welcome, because by now we were getting really tired and even a little home-sick. After all we had by now been on the go since the 19th of October. 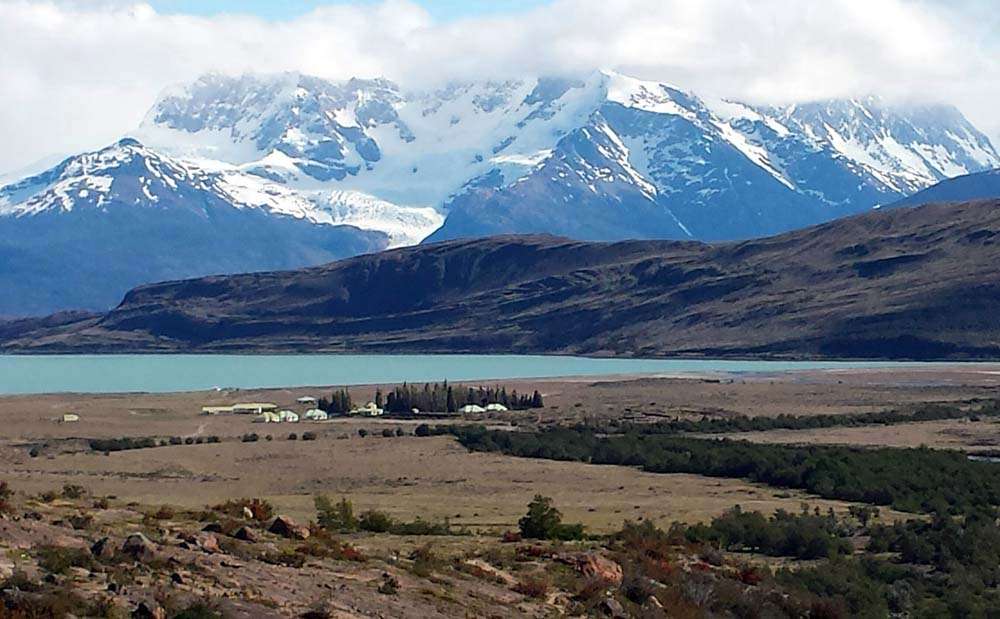 The scenery is stunningly beautiful, and we decided to take a half-day tour to an Estancia where we looked at sheep and cows and geese – not too novel – and at last some Alpacas, plus cruised on a little boat on the adjoining river. 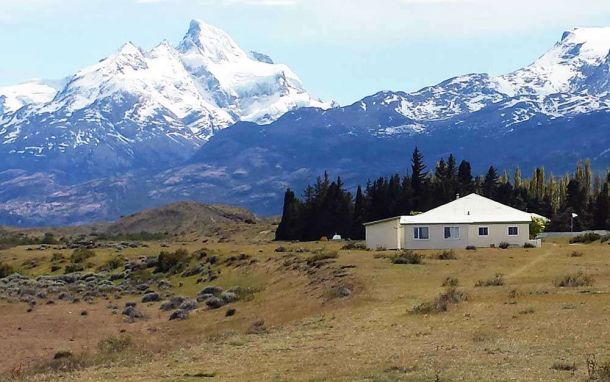 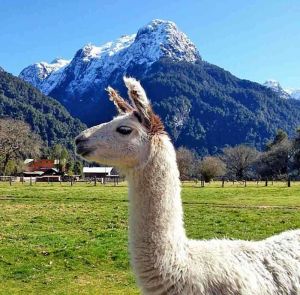 The highlight, however, was our walk to a nearby waterfall. I felt such joy and gratitude that I could have this privilege of experiencing such beauty, such peace, such wonder. 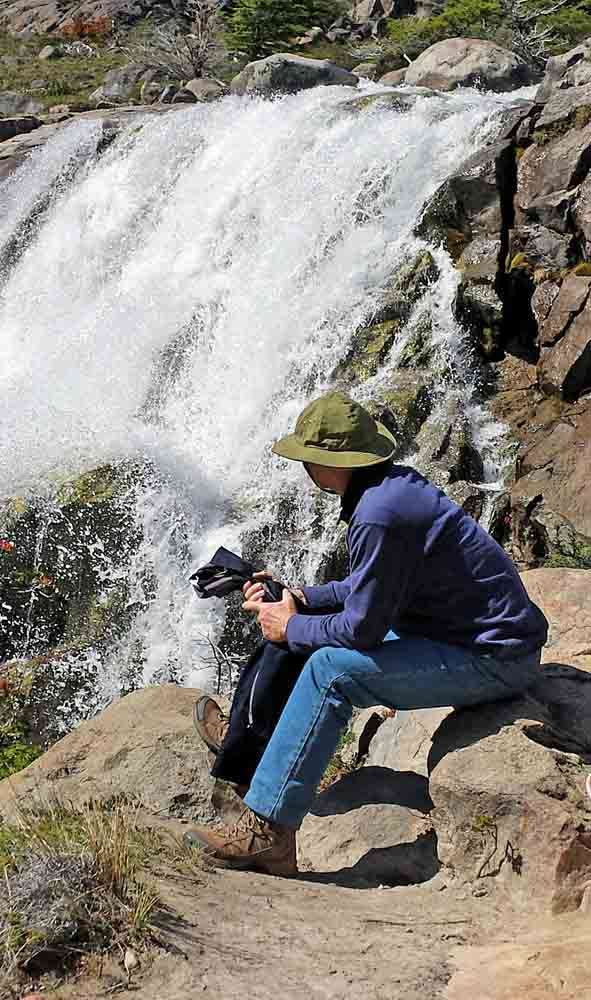 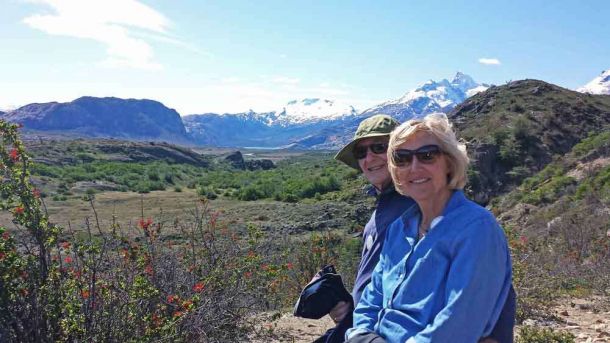 What a place! We even discovered an old cemetery right up on the mountain, hidden away amongst the thicket. Some graves were totally neglected, sunken in. Others were richly covered with colourful plastic flowers and ornaments. What a resting place. I shuddered a little though at the thought at how relatives would be able to visit their loved ones here in the cold winter!

Tuesday, 10 November 2015
Early in the morning, the bus dropped us off at a little harbour, where we boarded a ferry and sailed across Todos los Santos Lake, enveloped by the foothills of the Andes. During the 2-hour boat ride on the shimmering green waters we were dazzled by the spectacular views of Osorno, the ‘sharp-pointed’ Pontiagudo Volcano as well as the El Tronador Volcano, ‘The Thunderer’. Osorno Volcano at 2,652metres is Chile’s answer to Mt. Fuji. Although considered one of the most active (11 recorded eruptions) of the Andean volcanoes, Osorno hasn’t erupted since 1869. The upper slopes are covered with glaciers, and it is continually snow-covered.

We disembarked at Petrohue, a town bordering Llanquihue Lake, the second largest lake in Chile and took a bus through Vicente Pérez Rosales National Park, with its expansive landscapes of soaring volcanoes, fragrant forests, rivers and glassy lakes, all the while listening to a guide that for once didn’t only seem very knowledgeable but could also speak good English. I did in fact read up a lot during our trip, since most of our guides would speak mainly in Spanish, with only a smattering of English in between. Most tourists seem to be Spanish-speaking, but I feel that for those travellers not in command of the Spanish language, this is a real shortcoming on the tours. We disembarked and strolled towards one of the park’s top attractions, the raging Petrohué Waterfalls, cascading down lava beds created by Osorno volcano looming in the background. What a spectacle again. Unfortunately it was already getting dark, and the guide did not allow us much time to linger. 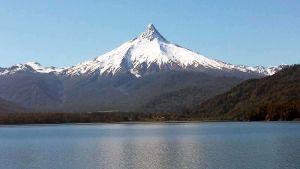 From Petrohue our bus carried on via Puerto Montt, the salmon centre of Chile to Puerto Varas, our last stop before finally returning to Buenos Aires for the last time on this trip. The scenery is beyond beautiful, and reminded us once again of Switzerland. All along the road we saw “mountains” of cleared ash, from the last eruption of the other active volcano in this area. In fact Calbuco Volcano had erupted just a couple of months before, and I once again said some silent prayers that it would please not erupt again while we were still there!
By 20h00 we were dropped off at Hotel Cumbres, settled into our very comfortable hotel room and decided to really treat ourselves to some good Chilean food. I unfortunately have by now forgotten what it all consisted of; all I can remember is that the food was fabulous and the wine was great too. We slept like logs!

Wednesday, 11 November 2015
I really regret that we did not have more time to explore this beautiful city. Puerto Varas is known as “The City of Roses” for its many flower-lined streets. Apparently the best way to see the town is to walk from one end to the other and observe their unmistakable German-inspired architecture, modern residential developments and beautiful gardens. We were told of one of the highlights, i.e. the colourful and impressive Iglesia del Sagrado Corazón de Jesús, which was founded in 1853 by the German and Swiss colonists who came to populate the south of Chile. Puerto Varas boasts beautiful boutique hotels, lodges and charming inns. The city also has a casino and a wide variety of eateries, plus many exquisite shops for handicrafts, woven items, gourmet products and handmade chocolates. I am still sad that I didn’t buy a beautiful black Alpaca shawl in the hotel shop to take home. I will have to leave this for next time.
By 09h00 we were picked up, again by a very talkative and well-spoken Chilean lady taxi driver. She told us everything about Chia seeds and its wonderful properties. She is growing the seeds on her farm in the south of Chile. She has a young son, is divorced and has to supplement her income by driving taxis. 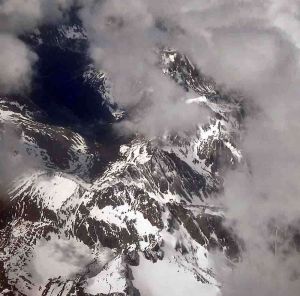 Very lovely lady, and Kai was especially impressed, I don’t know whether by her looks or her English or what she had to tell us about Chia seeds…. I didn’t ask him, but I have my suspicions!
And then we were back in Buenos Aires. The flight was dreadful, very bumpy over the Andes, and I was once again praying and pleading for a safe return to South Africa, to see Hannah and Max again. But we made it! Kai thought I was over-reacting and said he had experienced worse. Well, for me it was dreadful.
We took a taxi back to our The Urbanica Suites Hotel, which by now had become our second home in Argentina. Soon after our arrival we went to a wonderful steakhouse for Lomo again. Our friends joined us, and we enjoyed our “last supper” together with much laughter and fun.

Thursday, 12 November 2015
Our last day in Buenos Aires had arrived. A last bus ride into town: This time to the centre, the city’s “downtown” with its beautiful buildings, elegant shops, ostentatious hotels, exclusive restaurants, well-dressed portenos. We ended up drinking coffee at the La Biela Restaurant, adjoining the Recoleta Cemetery, a restaurant that reminded me of a Parisian Cafe. Just another side again to this magical city called Buenos Aires!!!!

And then we had to say our teary good-byes. Our friends dropped us off at the taxi rank. It had begun to rain heavily, and we literally “swam” back to Ezeiza Airport, where we caught our Turkish Airways flight back home to be welcomed by my daughter Hannah with champagne and beautiful flowers.
I could have written so much more, but I had to stop at some point. The rest will be precious memories that we will carry in our hearts forever. Thank you to all who made this possible.

Until next time:
“DON’T CRY FOR ME ARGENTINA” 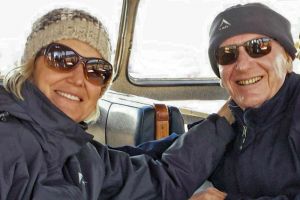 Karen and her husband Kai became friends as we met and travelled together in Botswana. Their lively approach to life and extensive globe trotting makes them ideal contributors to The Luxury Couple. We hope you agree!

If you’ve missed the first two parts of their fascinating adventure then see:

Argentina Part 1 – Buenos Aires and around

Let us plan your own inspiring journey to Chile and throughout Central and S. America

Warnings about Zika Virus in South America are still current. To check if you’re vulnerable to it and its effects, please read this information from:

The Centers for Disease Control & Prevention