Marketing in Mumbai – colourful commodities on every street corner.

As a luxury traveller in Mumbai you’ll love the colour and variety of sights, sounds and tastes – not realising, or stopping to consider perhaps, that most of the raw materials for these have been sourced in the hectic backstreets, docks and markets of this frenetic city.
Delve a little deeper behind the glittering façade of Mumbai and you’ll discover a completely different world – another dimension almost – where anything you could possible want is sourced, or made to order.
Have a look at our round-up of markets and makes sure that you take the time to visit some of them – you’ll be amazed. We’ve dealt with them alphabetically and omitted the more conventional markets such as Colaba Causeway, where tourists throng, in favour of those where you’ll rub shoulders with Mumbaikars, both trade and resident.
As a word of caution – don’t wear your finest clothes and put on footwear that will wash or throw away after visiting some of these places – your investment in disposables will be well worthwhile. Be aware but don’t be worried – Mumbai is warm and welcoming; as long as you’re not silly you’ll be safe.
The key words for Mumbai markets are very much ‘colour and chaos’ and you can’t help but be mesmerised. If you plan on seeing more than one market then plan your time and your route between them in order to get to each when the markets are in full flow. 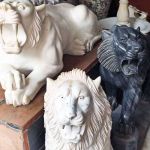 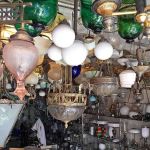 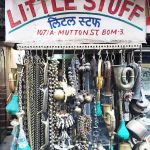 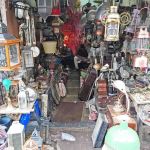 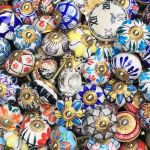 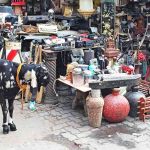 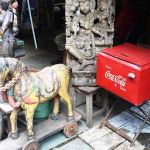 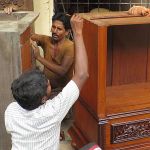 As the story goes; anything stolen from you in Mumbai can be found and bought back in Chor Bazaar!
Situated in the ‘joint of the crab’s claw’ that is formed by the end of Nariman Point and Malabar Hills, close to MS Ali Road and clustered around Mutton Street is one of the most fascinating markets we have ever ventured into. Dream of a component, a machine, a part, an engine, an article of copper or brass, a piece of furniture or an antique and somewhere within the labyrinthine lanes of Chor bazaar you’ll find it – or someone to make it for you!
You can spend hours just window shopping or lane wandering in this, India’s largest flea market – or you can go with a mission. Do you want the grand, ornately carved wooden portal to a Maharaja’s palace, or a piston ring for an old Royal Enfield motorbike; a ships binnacle or a brass lantern; some fine crockery from the Raj or a brand new antique? Chor is all the world’s boot and garage sales rolled into one.
Every street in Chor has a theme; so if you want just furniture you can concentrate in one area, as you can for vehicle parts or china.
Be Quick! Very much part of the fabric of Mumbai society for hundreds of years, the Muslim elders of the community are redeveloping the whole area for housing at their own expense – and Chor will be relocated. It’s anyone’s guess what emasculated form the new bazaar will take or if it will retain any of its character at all – so make sure you get there soon, as all that might be left is a pile of rubble where once the artefacts of the world were traded.
Oh, by the way, the word ‘Chor’ means ‘thief’ in Hindi and Marathi but we haven’t found a more welcoming and friendly group of people in any market.

Fruit and Veg, poultry and pets, as far as the eye can see! Situated in a vast covered warehouse of over 22,000 sq.mtrs. covering several blocks of an British architect designed edifice with ornate friezes; opposite the Mumbai Police headquarters, just north of Chhatrapati Shivaji Terminus railway station (previously, and to some extent still known as Victoria Terminus or VT) and west of the J.J. flyover at a busy intersection; Crawford Market is the must visit location if you seek fresh herbs and spices to take home or simply to view a colourful extravaganza of every kind of produce under the sun.
Even if you’re not used to ‘doing the shopping’, this buzzy wholesale marketplace offers a fascinating insight into Mumbai life, with traders sitting or asleep amidst towers of colourful vegetables; long barrows weaving expertly amidst the narrow alleyways, headloads of fruit bouncing between the crowds as they cater for families and guests all over the city or commonplace pets and illegally imported species vying for space with today’s pallets of poultry. 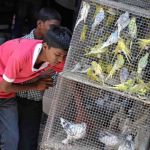 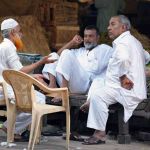 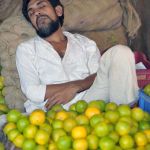 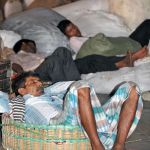 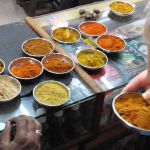 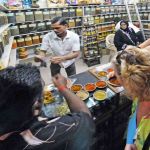 A picture at any time of day, Crawford Market is as much a spectacle as it must have been when it opened in 1869. Avoid Sundays as many of the shops and stalls will be closed.

Situated in Dadar on Tulsi Pipe Road, between Dadar and Parel – a suburb of Mumbai and a little further away from the normal haunts of South Mumbai but still easily manageable by taxi or the metro (if you’re really brave) it’s an early morning expedition to immerse yourself in cascades of wholesale flower displays. You need to be there early in the morning, when the flowers arrive and stocks are freshly stacked, phones buzzing, buyers haggling and business brisk. By 9:00 a.m. the day’s major business is done and the flowers are on their way to hotels, weddings, political rallies, funerals, religious festivals, temples and flower shops – although you might find a number of shops still open as late as 10:00 a.m. 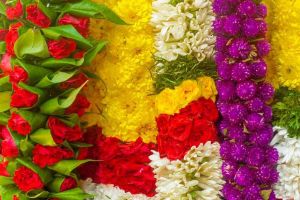 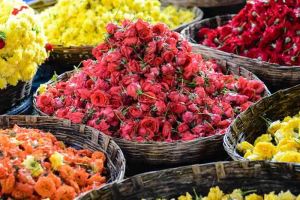 It’s completely undercover; a photographer’s paradise and a horticulturists dream but will probably mean you’ll be late back for breakfast.

Situated on MG Road opposite the Gymkhana Club in South Mumbai, Fashion Street is a string of nearly four hundred stalls that skirt the road and which peddle every type of clothing; including dubious versions of famous brands. Somewhat akin to a mile long washing line, Fashion Street is fun if you like to haggle and are not too worried about the parentage of your purchase.
Somewhat by contrast Fashion Street took the initiative to dispense with plastic bags long before we did in the West and now uses paper bags made by a local charity for the blind.
Fun to wander, haggle well and don’t take it too seriously.

Situated between Sheikh Memon Street and Shanaldas Ghandi Marg – and a stone’s throw from Crawford market; Mangaldas market is a mini town within a city, hiding as it does behind the scruffy facades of Mumbai’s more conventional shopping streets.
More akin to a Souk; Mangaldas is a riot of colour with silks, sarees and cloths across the spectrum of every shade known to mankind. Loiter for a few seconds and bolts of shimmering colour will be thrown into the air in theatrical gestures to lay metres of wonderful cloth before you. Pause for longer and you’ll be immersed in satins and silks that leave you bamboozled by choice. 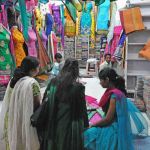 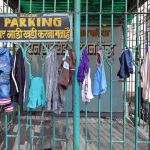 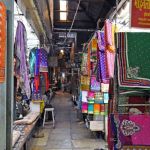 Thinking of making a garment, or having one made for you? No place better than the rabbit warren alleyways of Mangaldas market.

As you’d expect, early morning in Sassoon Dock (towards the Navy base just off Cuffe Parade in Colaba) is a maelstrom of activity. Fishing boats of diverse size that have been away for a week or a month in the Indian Ocean return and tie up alongside to disgorge their cargo into the hands of waiting auctioneers; who rapidly strike bargains with the agents of the great and the good, rich and poor of the city.
Teams of women in their beautiful sarees squat on the dockside cleaning thousands of prawns; trays of iced fish describe arcs across the quayside as they swing from gantries between boat and shore; shining silver shapes slither across the decks as they’re sorted into lots; brightly painted lorries arrive to offload ice or to take on board fish; nets and floats are disembarked for repair and packing – and above all the clamour and clutter, the all-pervading aroma of fish permeates every pore. 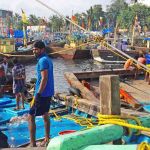 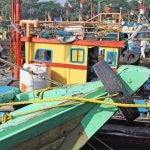 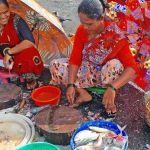 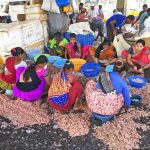 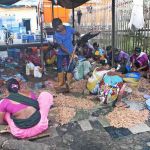 The sight and kaleidoscopic colour of hundreds of boats and thousands of people is enough to enthrall anyone up early enough to visit Sassoon – one of the largest and only docks open to the public – let alone trying to guess on which opulent table any one of the exotic species you’ll see will shortly appear. 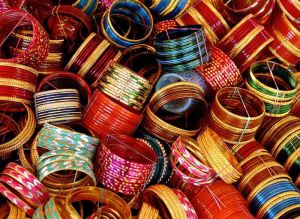 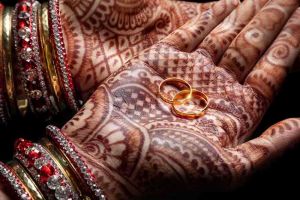 A confusing, crowded and cluttered collection of streets housing hundreds of small gem and jewellery stores, together with others offering luxury lifestyle items such as photo frames, dinner sets and silverware – Zaveri is for the wary (if you’ll pardon the poetry) and you really only want to buy here if you know what you’re looking for and what its true value is.
Responsible for well over half of all gold dealing and trading in India and a major jewellery hub for Mumbai, Zaveri is situated just north of Crawford market near the Jama Masjid mosque in South Mumbai.
You’ll find an endless variety of jewellery at Zaveri Bazaar but if its gold you’re looking for, remember that the Indian penchant is for bright yellow gold as opposed to the more subdued colour of Western tastes. We’ve been told before that Cherrie’s ‘dull’ gold wouldn’t even be picked up off the street in India!

So there you have it! A broad cross-section of markets to keep you entertained or your pockets empty…but whatever the result you’re sure to come away with a great insight into Indian culture and the very fabric of what binds the sophisticated persona of Mumbai together.

Let us help plan your own holiday in colourful India?