No Man’s an island

Home » England » No Man’s an island

If you’ve ever wistfully gazed out to sea and thought you’d really like to get away from it all – the mayhem of cities, the noise of incessant media and crowds, crowds, crowds – then relaxing on an island in the middle of the sea with nothing but seagulls, some staff… and friends if you want them… is sure to be idyllic. 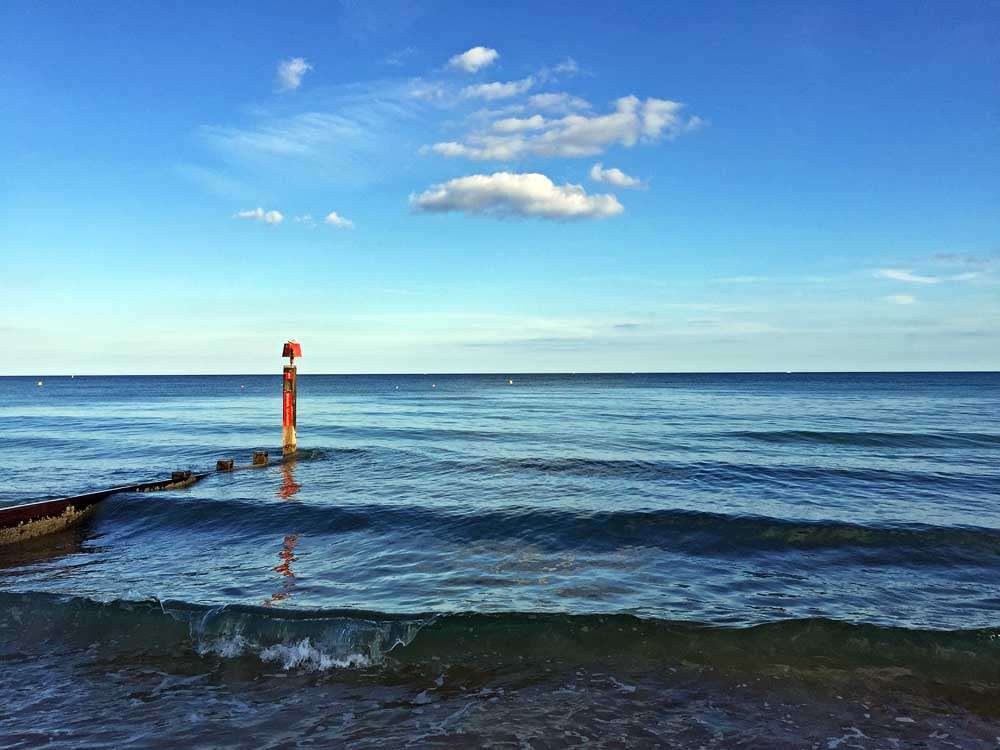 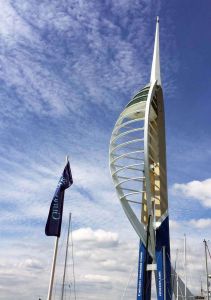 If you haven’t got your own private helicopter, like us you’ll board a boat in the shadow of Spinnaker Tower from Gunwharf Quays in Portsmouth, 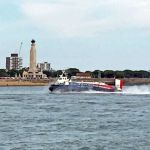 past the old gunpowder store of Square Tower built in 1494, and out into the Solent as the last remaining passenger hovercraft in Britain buzzes alongside.

Within an hour, on our ‘island’ adventure, we’re approaching a forbidding monolith that seems to have risen ominously from the depths like a Bond villain’s hideaway – 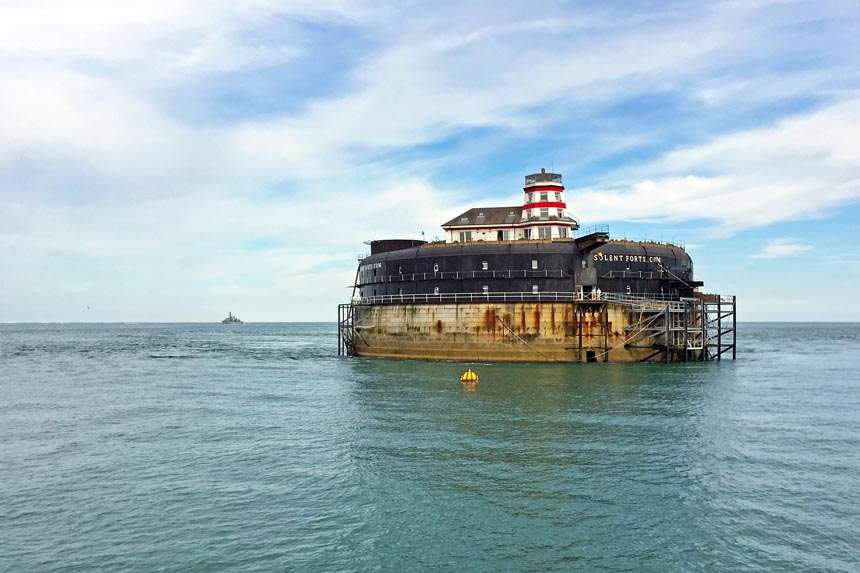 One of four island forts in the Solent, Palmerston’s Follies as they became known, were commissioned in 1859 as a result of a perceived threat from the French that had disappeared by the time they were completed. 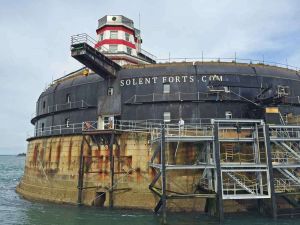 They’ve had chequered careers since; being garrisoned but not used in anger in the 2nd WW and one even becoming an eccentric’s ‘kingdom’ in more recent years – but today they’re all owned by Mike Clare (of Dreams bed shops).

No man’s Fort has now been converted to host those who want to be playful, private or pampered in one of the most unusual venues in Britain. 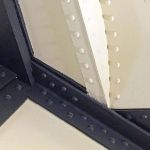 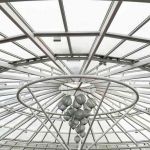 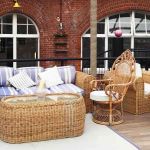 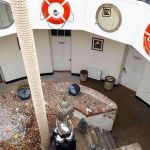 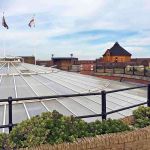 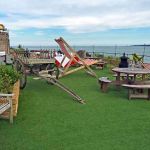 Whilst the architecture is brutalist industrial militarian, with everything made to last a thousand years (we marvel at how they were ever able to build these places to withstand the ravages of time and sea) the interiors have been fashioned with every comfort in mind. From the parasol–like glass covered atrium area with sumptuous lounge seating,  to any one of the twenty–two luxuriously appointed bedrooms. 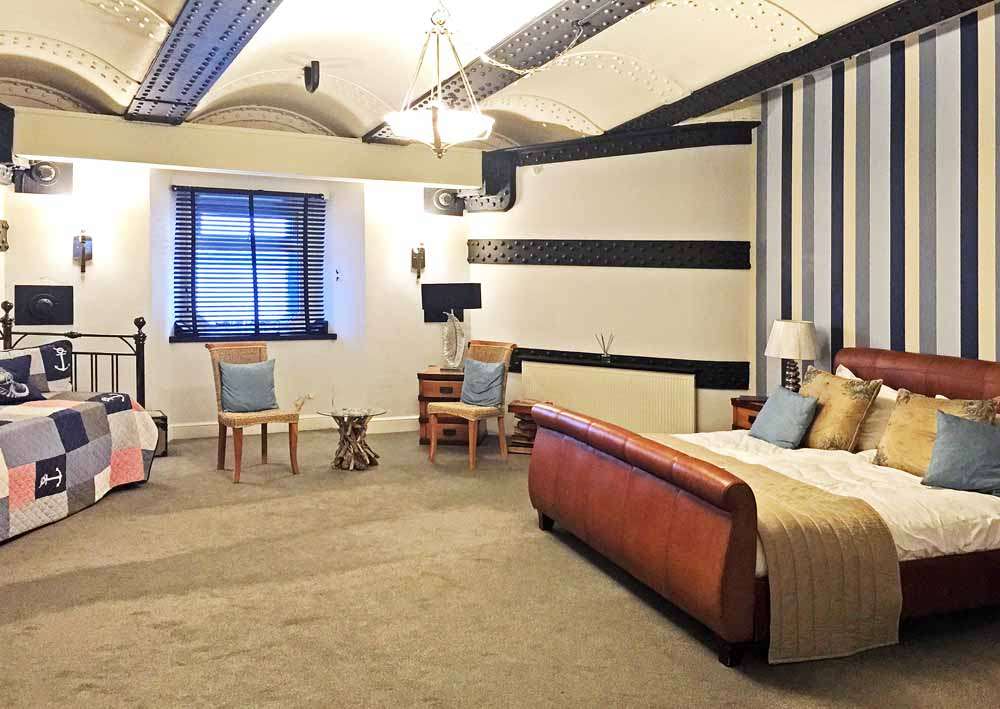 You can settle in here and relax – once you’ve succumbed to the inevitable rampage around the fort like enthralled children on first arrival, as you explore every nook and cranny of this fascinating edifice. 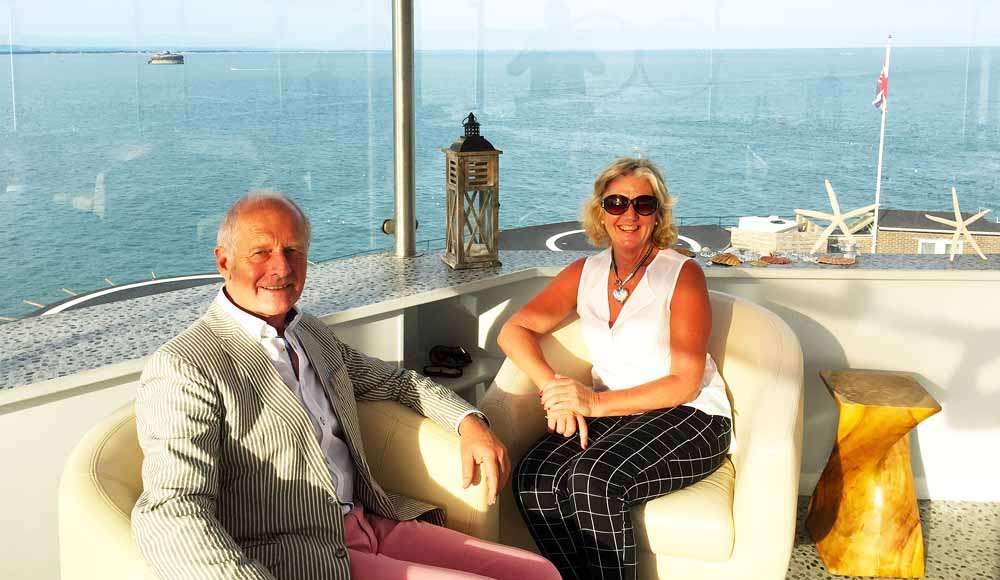 Whether your preference is for chilling with a G&T in the hot tub, laying out in the inner sanctum of the spa area, up in the watchtower watching a 360 degree view of the distant darts of yacht sails passing you by as the sun glints from their masts, or (more incongruously) playing Laser Quest around the labyrinthine gunnery platforms and arsenal areas below decks, there’s somewhere to lose yourself in either quiet contemplation or a true party atmosphere. 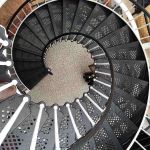 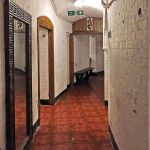 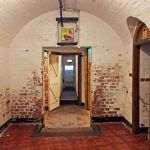 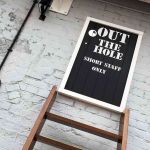 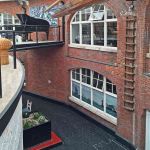 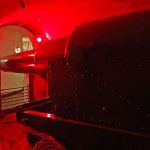 According to our ‘guide’ on the fort (Google would have been more informative) No Man’s Fort garrisoned an incredible five hundred soldiers. We were part of a special event of about one hundred and forty which was easily manageable and whereas soldiers would have been housed in less than luxurious surroundings, much smaller and intimate numbers than ours are possible, so that there’s space enough for everyone to either lose themselves or gather together for fun. 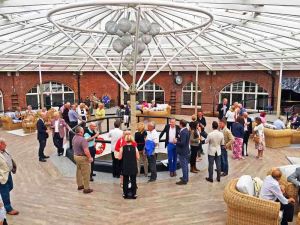 Dining varies from formal and fancy to roasted marshmallows over the fire-pit, depending on what your preferred reason for being there is. 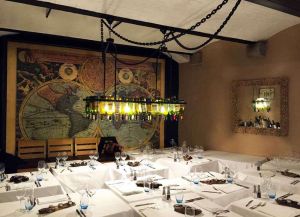 If you’re simply trying to find a different venue for your own party or wishing to participate in one of the themed evenings run by Solent Forts then the options seem endless.

You can visit for a day, a night or a weekend, or longer; as individuals, groups or parties – and the place is yours.

Whatever your reason for being there, you can’t deny that No man’s Fort has to be one of the most original, if not unique experiences you’ll ever have for a get-away-from-it-all break. 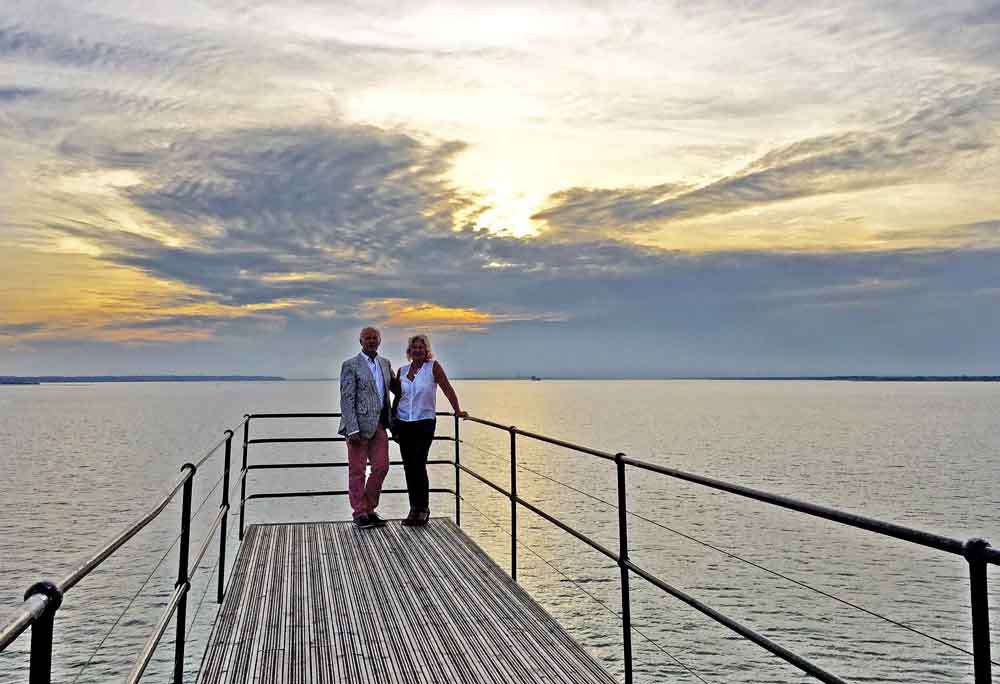 Our recommend if you’re thinking of holding a party there is to go on a day trip to experience it for yourself so that you know exactly what all the options are – and the experience might be like –  before you book.
The Fort isn’t chic (what fort could be) but it is unusual and could be just the escape you’re looking for.

See the Solent Forts website by following this link.