Cherrie’s rough guide to travelling around India in comfort

For the most part in India, as with most travel, it’s down to comfort and common sense. Be aware of the environment you’re going into and how you like to feel generally.

I’ve listed my suggested packing list at the end of this post but here first are a few general pointers.

When are you going?
Generally, however choose your clothing as you would for a more extreme British climate reflecting what time of year you’re going. We’ll assume that you’re not hankering after 24hr a day rainfall (and therefore will be avoiding the monsoons, generally from end of June-early September), or frying in the heat of the plains (late May – early June with temperatures up to 55 degrees C).

The best times to visit India, in our opinion, are between October and April. The middle period of this (November- February) will probably mean that you’ll be chasing the sun and avoiding the shadows, whereas either side of it you chase the shadows and avoid the sun. November to February can be chilly in the evenings, or very cold if you’re in the Lesser Himalaya.
Hot within the months we’ve suggested will rarely exceed 35 degrees, cold won’t go below freezing – so you can plan your clothing accordingly. 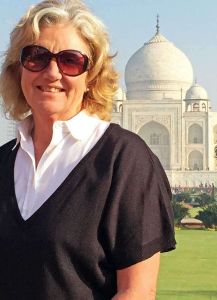 Whatever you wear it won’t be more colourful than what you’ll see in India. That said, the Indian environment can be harsh on clothes, so I’d avoid designer labels and fine materials for daily use, unless your confining yourself to five star hotels. Evening wear will depend on the standard of hotel you’re staying in but cocktail dresses and men’s jackets are rarely required even in 5 star hotels; smart casual being sufficient.

Day-to-day wear wants to be durable, sensible and comfortable – so that you’re not worried about it being damaged, marked or soiled by the often frenetic surroundings you’ll inevitably find yourself in – such as markets, crowded streets or even local taxis/rickshaws etc. Even if you have private transport, you’ll still want to step out and enjoy the surroundings.
So, work on the basis that clothes will get dirty but that laundry facilities will exist in most hotels (if you’re there for a couple of nights) if you wish to travel light. Its also very cheap to buy clothes of all qualities.

Depending on the season you’re in India, the chances are that you might get caught in rain or (if in the Himalayas) the middle of a cloud, so simply prepare for this with a light rain jacket. Sensible shoes (for walking) and a pair of sandals (for chilling or beach walking) are all that’s necessary and although I prefer a choice and a change, many people seem to be happy with the newer hybrid breathable waterproof trainers that cope with all environments.

Again, depending on how adventurous you’re going to be, it might be worth taking some washable or disposable footwear if you’re tempted to explore the fascinating slums and markets of major cities, as footwear won’t fare well and will certainly smell after a visit. 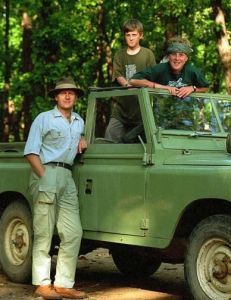 With regards National Parks, you’ll find that most who have any empathy with their surroundings in the forests wear safari colours (khaki, beige, stone) & materials (cottons and breathables), partly to fit in with the environment, mainly because it’s the most practical as you’ll be sitting in a jeep for the most part, which can get very dusty.

I suggest you take along some long sleeves and light jumpers/jackets for the early morning and evenings as it can be quite chilly – especially on the drive to the park entry gates from your lodge/hotel.

I think the whole point of travel clothing is simply loose comfort and being at one with your environment. Avoid white as it’s too stark in the forests and shows every mark – and give a miss to dark colours (black and blue in particular) as they attract biting insects.

As you might know, I’m unfortunate in that every insect known to mankind bites me; whereas as nothing bites Geoff when I’m around. That said, if you’re like me, it’s also useful to have long sleeves for dawn and dusk as this is when the bugs are most active. If you’re sensitive to sun then you’ll need plenty of protection anyway and its best to be wise about this as even under cover in a jeep there will still be times when you’re exposed to the sun. 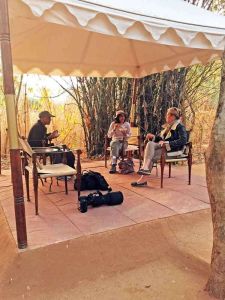 Geoff and I seem to buy hats each time we travel as we prefer to buy cheaper department store hats that will squash flat, breathe but absorb perspiration, ideally have a neck strap to keep them on our heads and wash easily. When we’ve bought super hats we’ve been more precious about them than necessary, as they’re difficult to transport without damage and don’t seem to fare any better in terms of performance. It’s easier to throw away a cheapie if washing doesn’t resurrect it than part with a treasured fedora.

I like to take a couple of simple accessories such as a sarong and/or light scarf that can either wrap around my face as protection from dust or from the sun to cover my neck and shoulders – or over my knees and legs if in shorts. Geoff’s taken to doing the same, especially if we’re in boats and canoes as the back of the neck is quite vulnerable and you can easily suffer from heat stroke if you’re not careful.

India is a riot of colour so don’t be afraid to join in with your clothing choices. However, if you’re out on your own, the secret is to not attract too much attention to yourself.

Always look as though you know what you’re doing and where you’re going and you’ll be fine. If you look helpless then, as in the wild, you’re more of a target.

If you stick to the main thoroughfares and tourist areas then you will be fine, just be wary if exploring in more remote places. Females should avoid wandering around singly or in small groups as they can attract the unwelcome attention of marauding youths.

Credit card fraud is on the increase so only use cash or ATMs attached to banks.

Avoid spontaneous or large gatherings of people as riots are not uncommon.

Remember you’re in a foreign country that has its own traditions and customs – and the best way to be accepted there, is to respect them. Religious places often prohibit bare shoulders and/or heads; request that you leave footwear at the door and ask men not to wear shorts. Each religion differs but if you’re intent on visiting shrines and temples, then do pay heed to their wishes.

Don’t put your feet up on seats/tables etc – its offensive – and avoid passing things with your left hand, which is regarded as unclean.

India is very hospitable and its people extremely friendly, so try to integrate and learn, rather than impose your own wishes on others.

I’ve put together my suggested packing list and split it into two – India specific and General. It’s not exhaustive as you’ll have certain personal preferences but you should use it as a minimum. Remember, you can’t always guarantee to get laundry done if you have only a few one-night stops.

Apart from the obvious this list applies to both male and female. 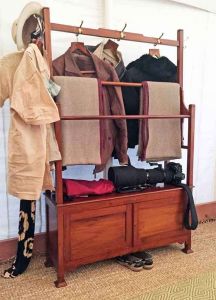 Clothes:
 Pairs of casual trousers and a couple of pairs of shorts
 At least one light cotton dress or clothes for hotel and evenings over dinner
 4 or 5 long-sleeve shirts
 4 or 5 short sleeve or T-shirts
 A jumper
 A warm, showerproof jacket
 A pair of walking shoes
 A pair of sandals (casual and waterproof for canoe/beach)
 Night-wear?
 Swimwear
 Sarong, shawl or cloth wrap for neck, shoulders, legs.
 Your normal selection of underwear
Kit: 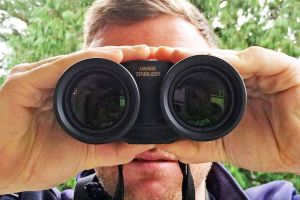 There are not many additional items that you wouldn’t already take on any normal holiday. For the most part your guides will keep you away from harm, in vehicles and boats that are fit for purpose and you’ll be eating food that’s as good as you’d get anywhere. If you relax and apply simple common sense then you shouldn’t have a problem and won’t need to take a pharmacy and hardware store with you. In our experience we only ever had problems with people who did things in the jungle that they wouldn’t dream of doing at home – such as the lady who left all her diabetes medication behind because ‘she wanted a holiday away from it all.’ She got one as she was out of it for some time! Anyway…

 Camera – whatever you’re comfortable with
 Chargers, data cards and spare batteries.
 Binoculars
 Plug adaptors. In India the standard voltage is 230 V. The standard frequency is 50 Hz. You’ll find both standard three rectangular pin, three round pin or two round pin depending on where you are.
 Water bottle or packs of bottled water – useful for when travelling between locations.
 Water/dust-proof bag – for camera kit/binoculars or for dirty/wet linen
 Sunblock and after-sun/moisturiser
 Lip balm
 Mosquito/bug repellent and Anthisan
 Malaria tablets – depending on season and areas visited
 Multi-purpose knife eg. Leatherman with knife, scissors, tweezers, screwdriver etc (don’t pack it in hand luggage)
 Sunglasses with polarized lenses
 Books/e-readers for reading during leisure time
 Books on birds & wildlife – although you will find them in the lodges
 A journal to record the wildlife you see and people you meet – unless you don’t mind loads of pictures of nameless beings. 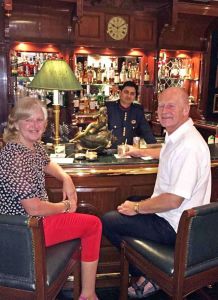 Hopefully these guides will have given you a rough idea of what to expect if you travel to India. We’ve spent many years living and working there, so if you’d like some more information specific to your own plans then please give us a call or send an enquiry. We look forward to hearing from you.

Would you like help planning your own holiday in India?

Why not download our guide brochure or give us a call today on 01202 030443, or simply click ‘enquire’ to submit your own personal itinerary request