The destruction and delight of Dubrovnik

Home » Croatia » The destruction and delight of Dubrovnik

Few cities can have gone through the same trauma as Dubrovnik and come out glowing as if little had occurred.

This magnificent city has endured destruction by earthquake and conflict, yet glows with all its original majesty to be one of the must-visit destinations of the Mediterranean – or more precisely, the Adriatic.
This Croatian city dates back to the 7th century and steadily grew as a multicultural seafaring and trading centre until its catastrophic destruction in the earthquake of 1667.
After rebuilding, in 1806 the city fell to Napoleonic armies but only after 3000 cannonballs had undone much of the earlier construction work. 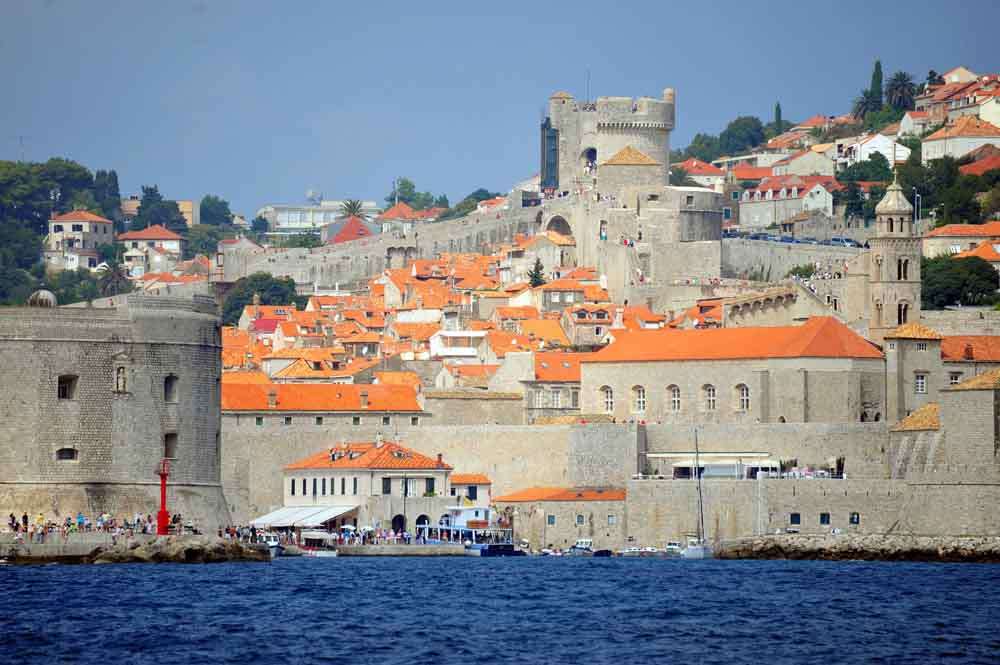 Not to be spared at any stage in its lifetime – and despite protection under a demilitarisation zone during the Serbo-Croat War of the 90’s – Dubrovnik was again besieged and well over half of it extensively damaged or completely destroyed due to shelling.

It’s truly remarkable therefore that the city, as you see it today, bears few scars and reminders of its turbulent past – in fact it’s an absolutely stunning testament to the art and application of those who have laboured to faithfully return it to its former glory – rather than introducing modern soulless replacements for the original architecture. 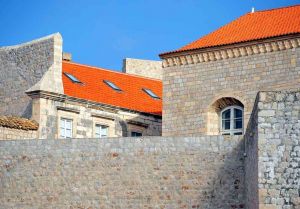 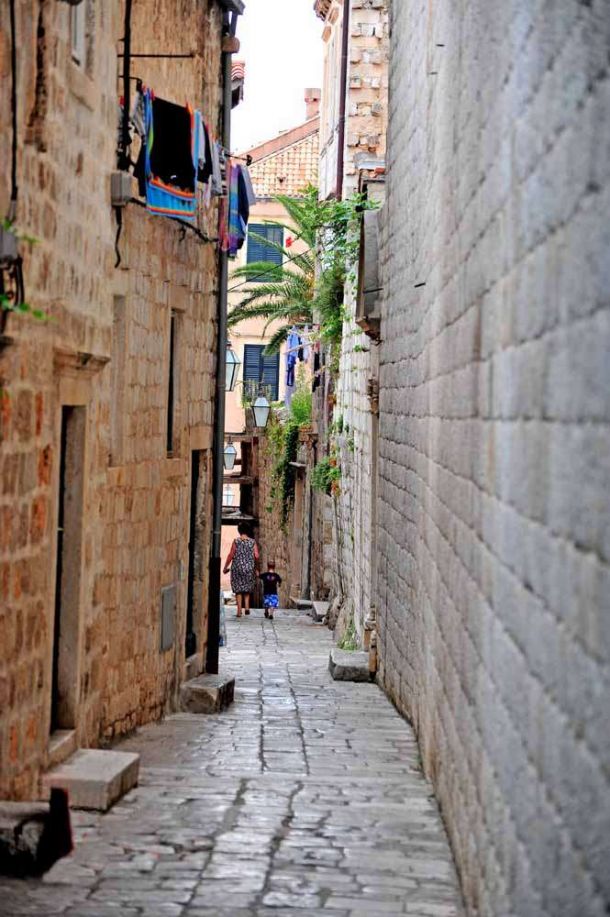 It’s fair to say that the refurbishment, replacement and rebuilding is virtually flawless and seamless, so the casual observer has no idea where original and replacement marry.

Unless you’ve arrived by boat, your normal entry point to the city is across the drawbridge of Pile Gate, part of the old ramparts that lead to the wonderful vista of the main street, known as Placa or Stradun, Dubrovnik’s marble clad pedestrian promenade. 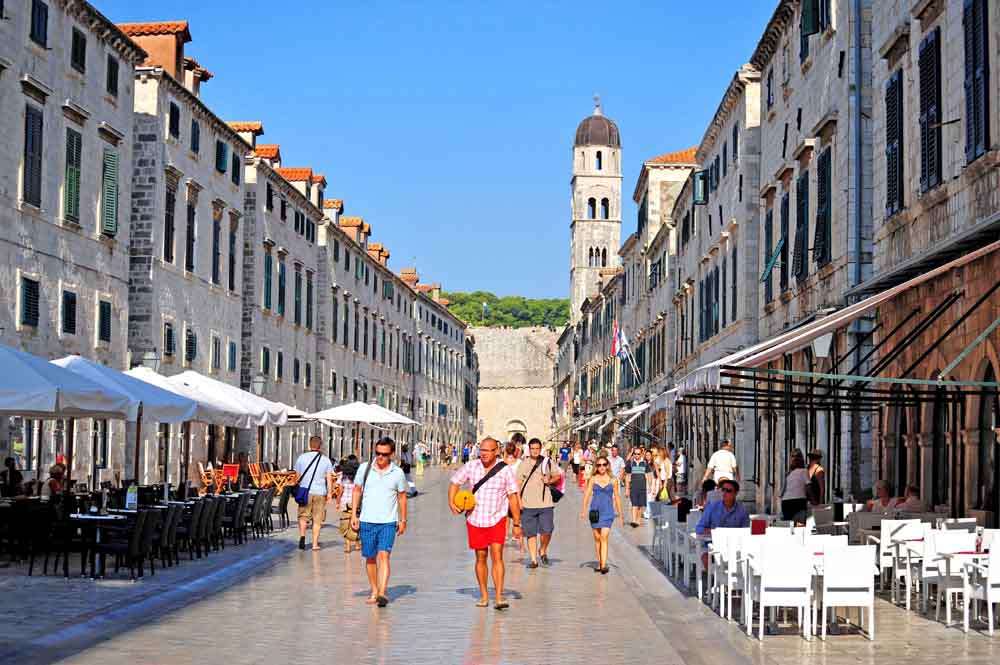 There are several notable buildings to visit but the magic of a visit to Dubrovnik, we believe, lies simply in ‘being there’, in as much as you are part of its heritage at every turn.

Without any casual insight into history, the normal traveller will simply be mesmerised by the wide marble walkways, towering city walls and stylish cosmopolitan architecture of the inner city.

Steep narrow alleyways clamber up the surrounding hills at impossible angles from the central Placa, whilst little pavement cafes and restaurants buzz with energy that flows out into the Adriatic on small ferries and boats that will whisk you to the nearby islands. 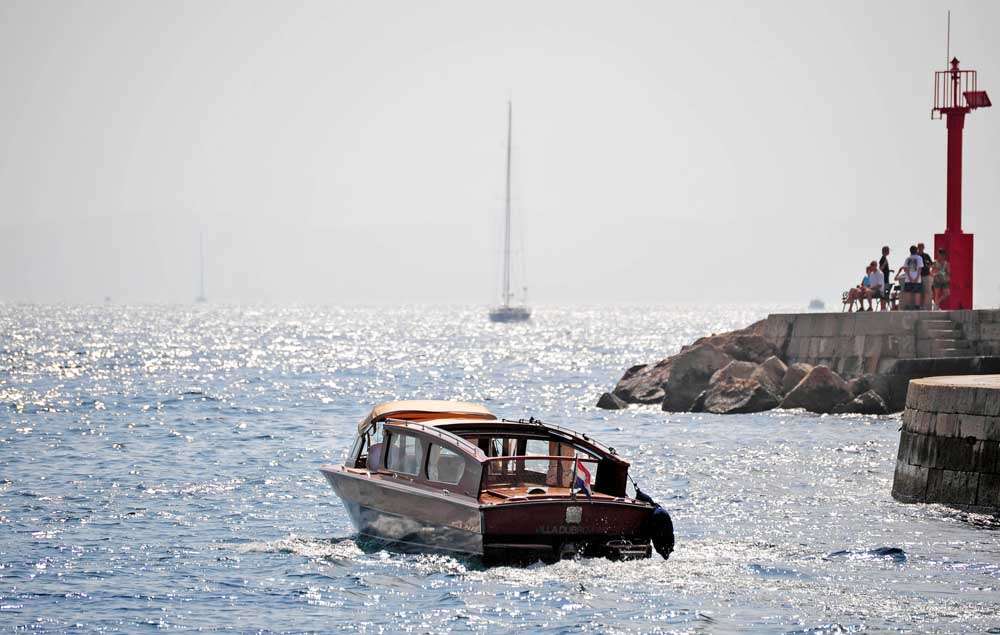 Worthy of a watery ten minute boat ride excursion is Lokrum, a lush wooded island with a Benedictine Monastery (with restaurant) at its heart. Make sure you know the return times as there’s no overnight staying on the island. 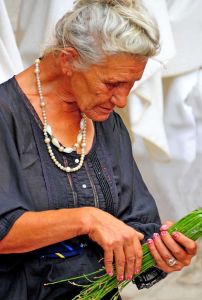 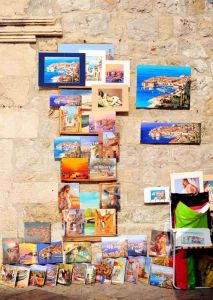 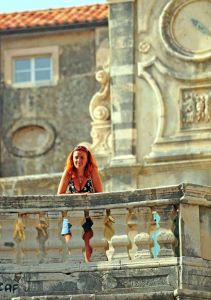 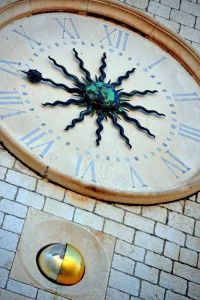 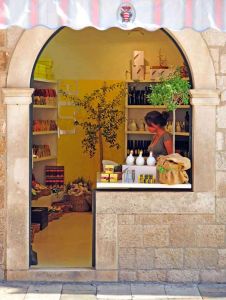 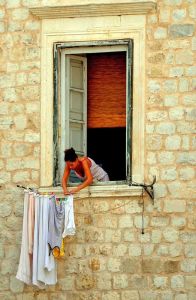 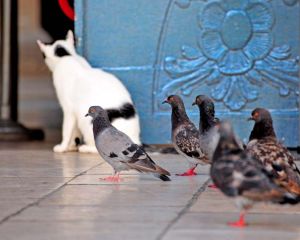 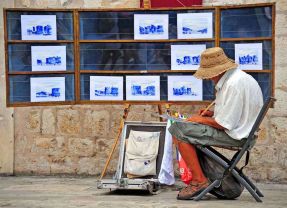 We tried to get lost in the backstreets, alleyways and serpentine stairways of the city but encased by the hills and the sea you’re never far away from the centre – so it’s well worth the exploration. 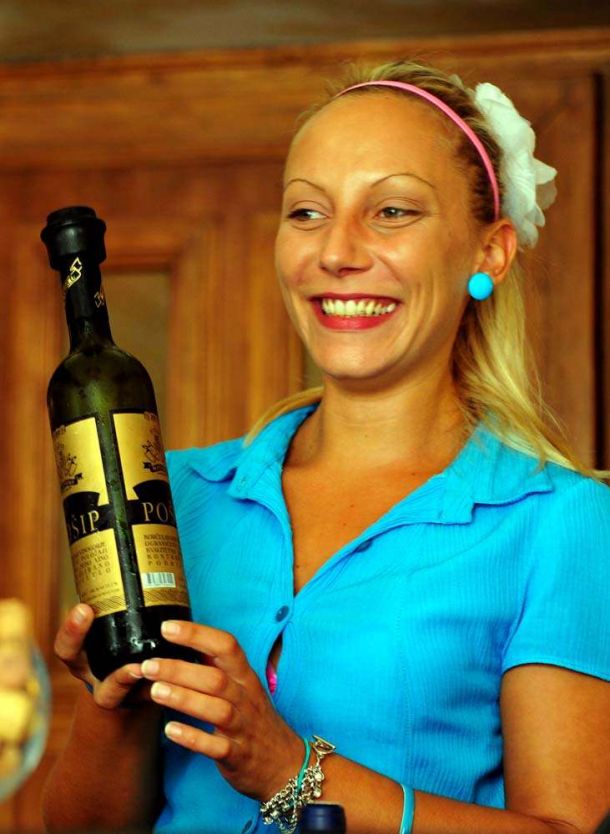 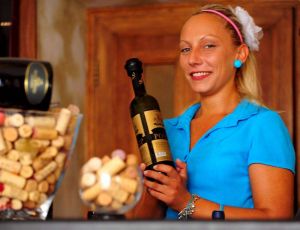 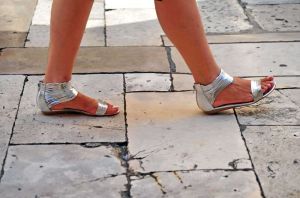 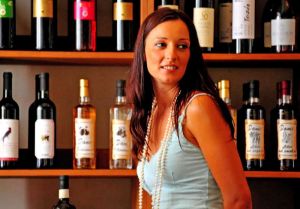 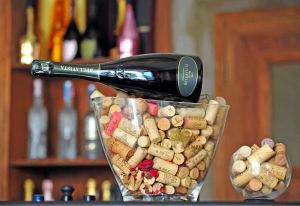 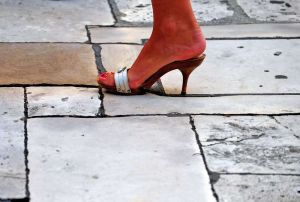 Inevitably we end up in a little ‘wine-tasting’ café and sit in subdued peace as we sip our special selections and watch the, elegantly dressed local girls with their stylish dresses and slinky sandals mingle with the shoddily shod and clad tourists who will be gone by the end of the day; leaving the less than 50,000 locals to their wonderful warm city. 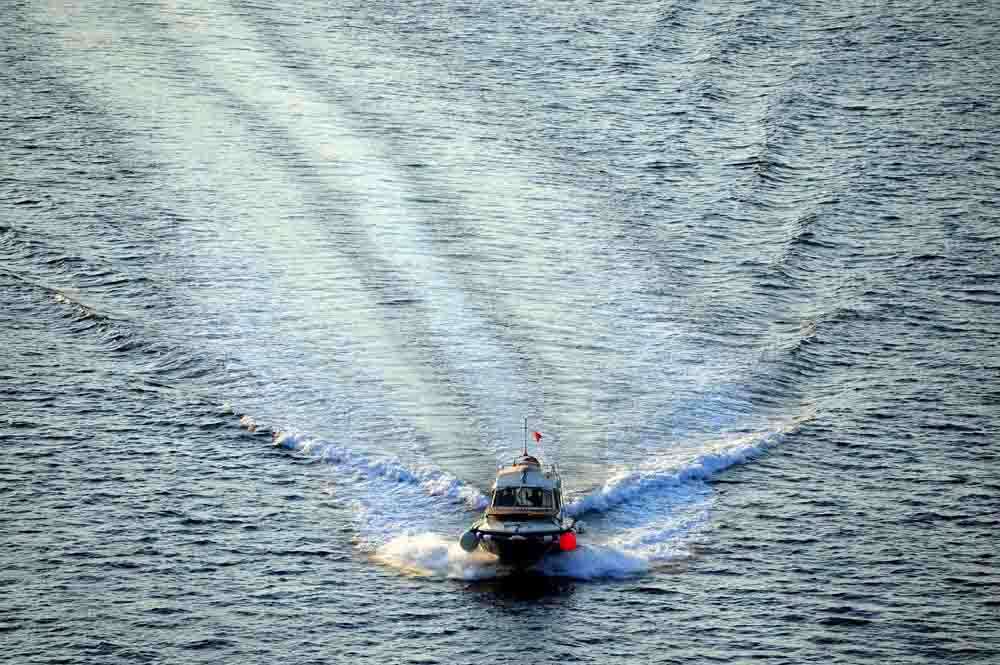