When William the Conqueror assembled his fleet at St.Valery before sailing to attack England in 1066 and Joan of Arc took one last look from her cell within the fortifications before her fiery end in Rouen, little could they have anticipated what a peaceful destination the town would become for many of the nationalities who had previously fought over this strategic location at the mouth of the Somme estuary.

Situated on the Picardy coastline approximately 30kms south of Le Touquet in northern France, Saint-Valery-sur-Somme grew in importance as a port for the handling and export of both wines and herrings! 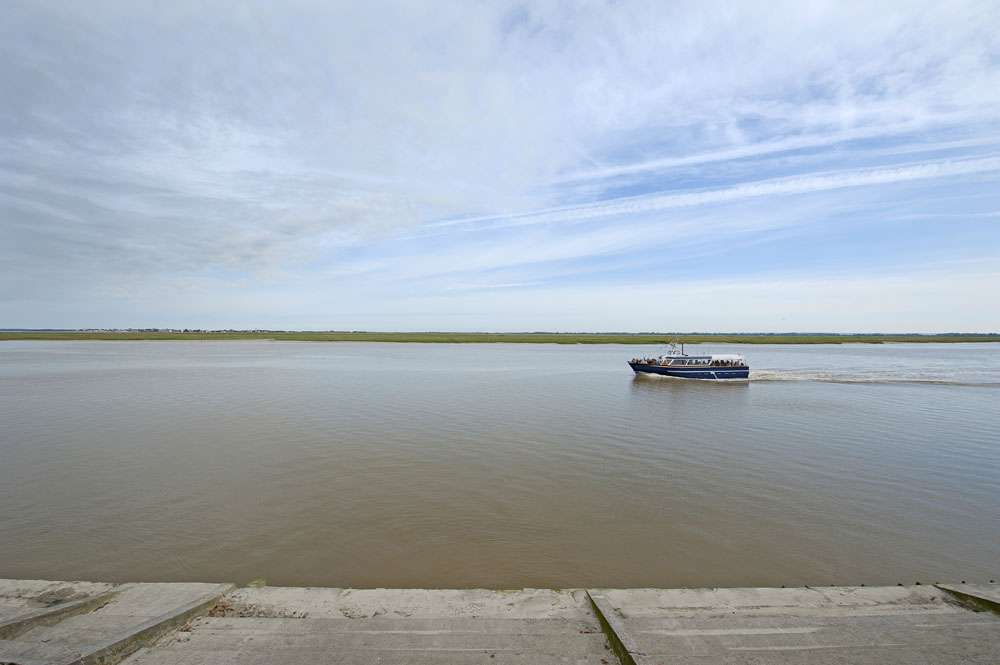 Nowadays, it’s a popular resort for French visitors who meander, seemingly aimlessly, along the extensive quayside that skirts the banks of the Somme River; which flows in a similarly listless fashion towards the English Channel – or La Manche – depending on your allegiances. 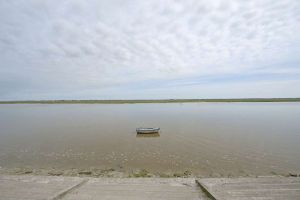 The Somme is deceptively slow until the tide changes; when the current picks up, the surrounding marshes flood and the coastline undergoes another minute change of geography.

Notable in this area is the salted lamb – with sheep taking on a decidedly salty flavour as a result of grazing on their constantly salt-water immersed pastures.

Another famous resident of this town was Jules Verne but there’s little indication that his ‘Twenty thousand leagues under the sea’ was inspired here, despite its watery and often submerged environment 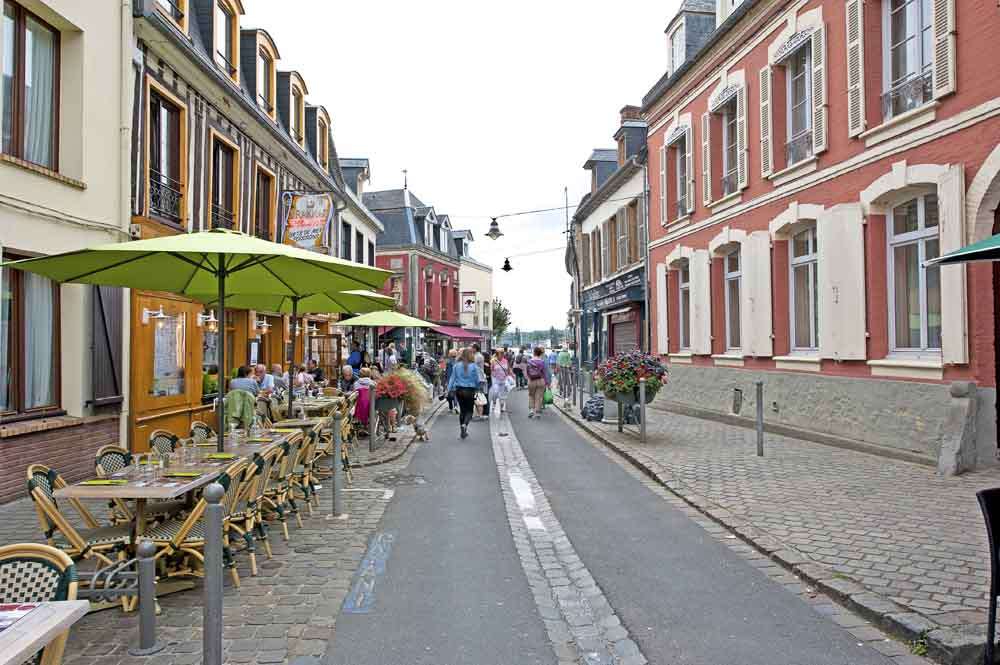 On a weekend, the long narrow quayside is packed with stalls of market traders selling quality goods, from food to fashion, whilst within a stone’s throw inland are several pleasant kerbside cafes, restaurants and bars – as you would expect in any self-respecting French town. 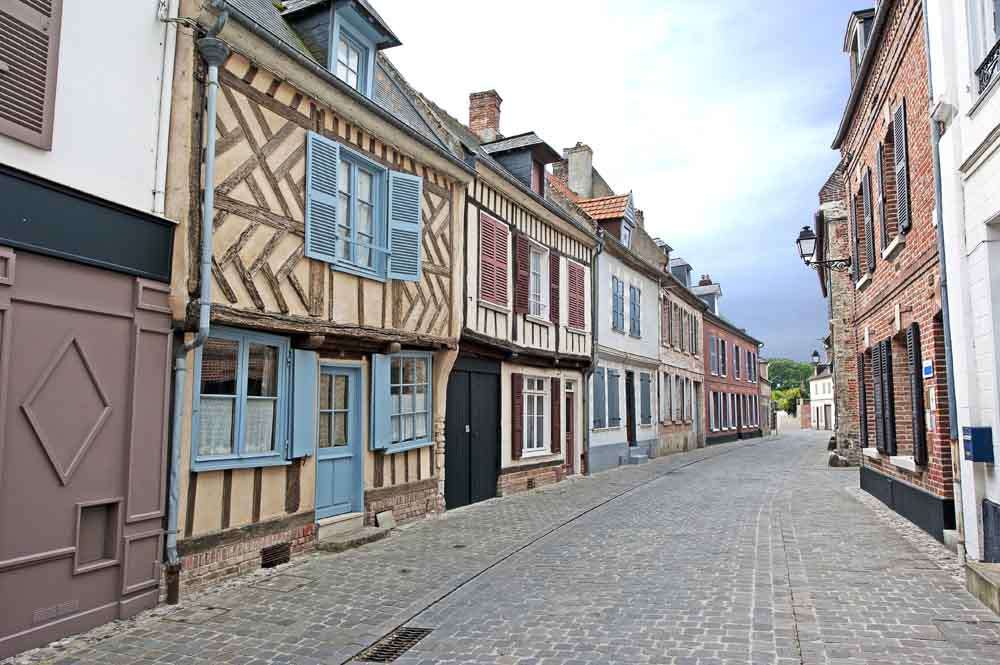 For those with an interest in architecture, both the old restored Abbey and fortifications are of interest, as is the old town itself with cobblestone streets and leaning buildings. 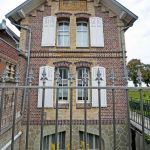 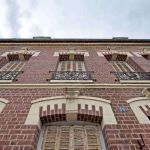 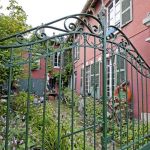 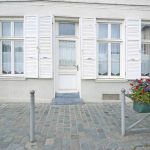 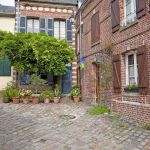 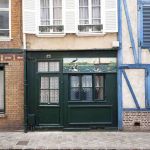 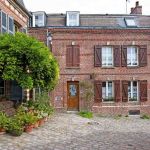 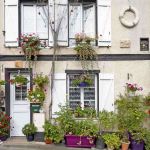 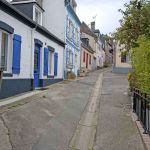 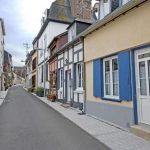 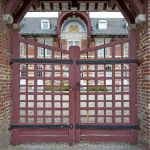 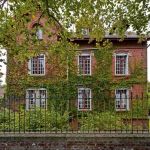 Even the more modern streets of the town still exhibit examples of ancient architecture and the whole is permeated with a character not often found in smaller French towns.

The little metre gauge railway, originally used for transporting local goods, runs around the bay from Saint Valery to Le Crotoy, which can be seen in the distance on the other side of the estuary.

Established in 1858, it was later upgraded to metre gauge by 1887. Also earlier used by holidaymakers for travelling between the beaches, today it’s mainly a tourist attraction and journeys can be made on the restored train pulled by both steam and diesel locos from March to December each year. 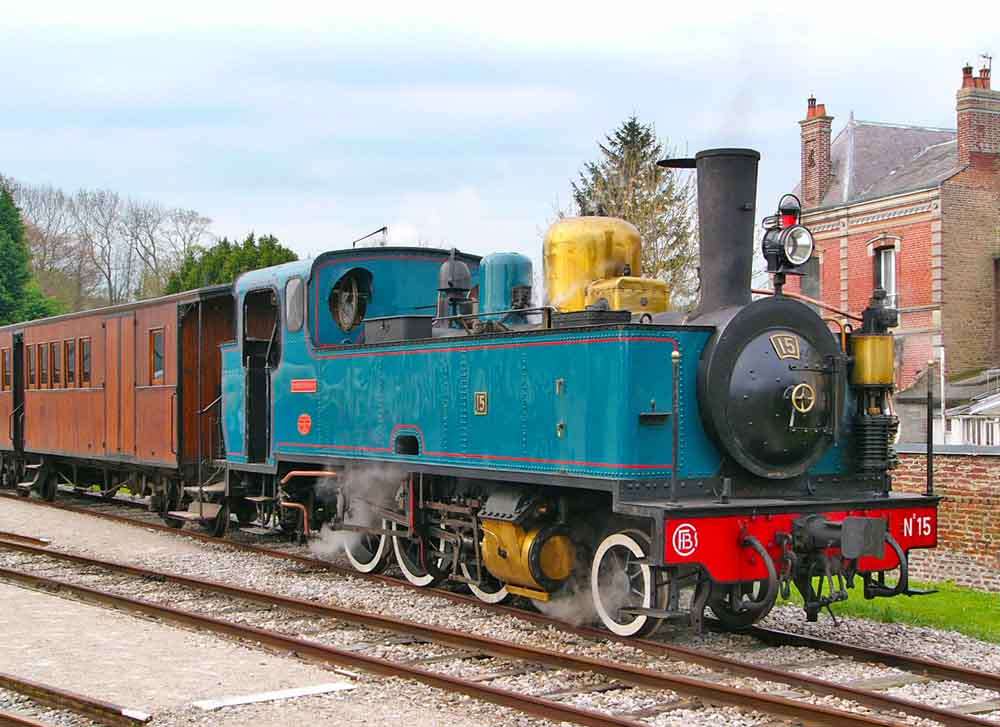 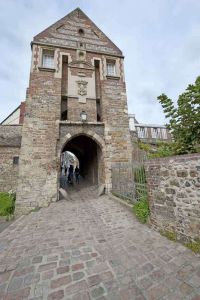 Every first weekend in July St. Valery ‘goes medieval’ to remember its past, when William Duke of Normandy set off to trounce the English; the likes of Richard the Lionheart came through on one of his bloody crusades and several Catholic/Protestant wars brought ruin to the town.

A little marina for small yachts and boats provides safe harbour from the Channel and another acces to the area, which surprisingly only attracts some thirty five thousand visitors a year.

Whilst it’s not a well-kept secret therefore, St. Valery does provide a pretty and peaceful distraction if you’re ever in this neck of the woods and a welcome break from some of the sometimes featureless and deserted villages that one can find in other parts of France.

Well worth taking the time to take some time in St. Valery.