Ancient & Modern – a hymn for Rouen

The more common use of ‘Ancient & Modern’ is with reference to the Church of England hymnal songs for refreshing worship but it’s perhaps strangely appropriate to the medieval and modern facades…and character of Rouen, France.

That’s not to say that one isn’t overwhelmed by religious presence within the city’s confines, called the ‘city of a hundred spires’ by Victor Hugo, what with the imposing Rouen Cathedral that dominates the city centre and the church of St. Maclou, church of St. Ouen and the more minimalist church of St. Joan of Arc – and hereby hangs the crux of our point. 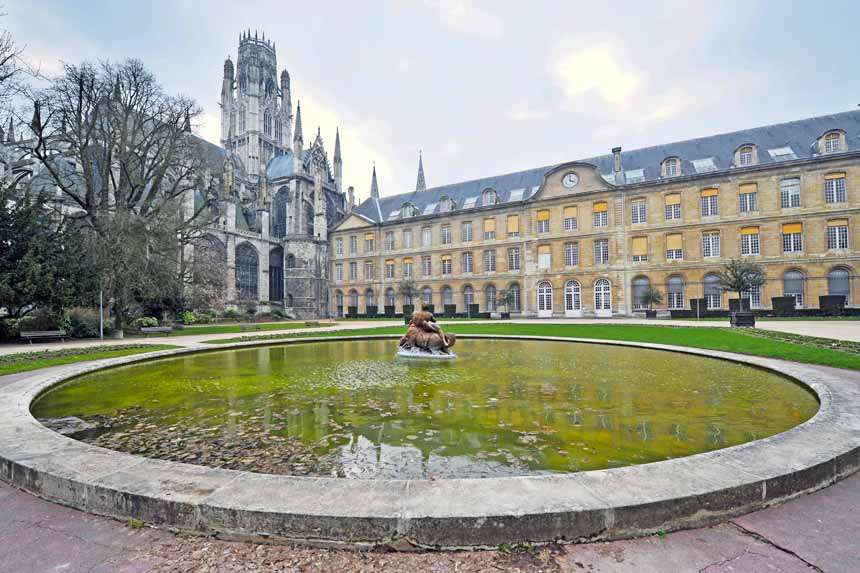 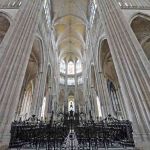 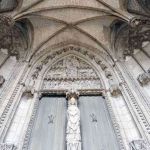 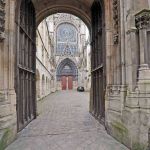 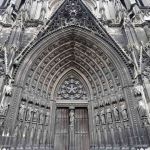 The 1979 masterpiece of modern minimalist architecture, St. Joan of Arc, supposedly symbolises the search for ‘absolute geometrical purity’ but to us represents the growing pains of a city attempting to shed the trappings of its medieval past. 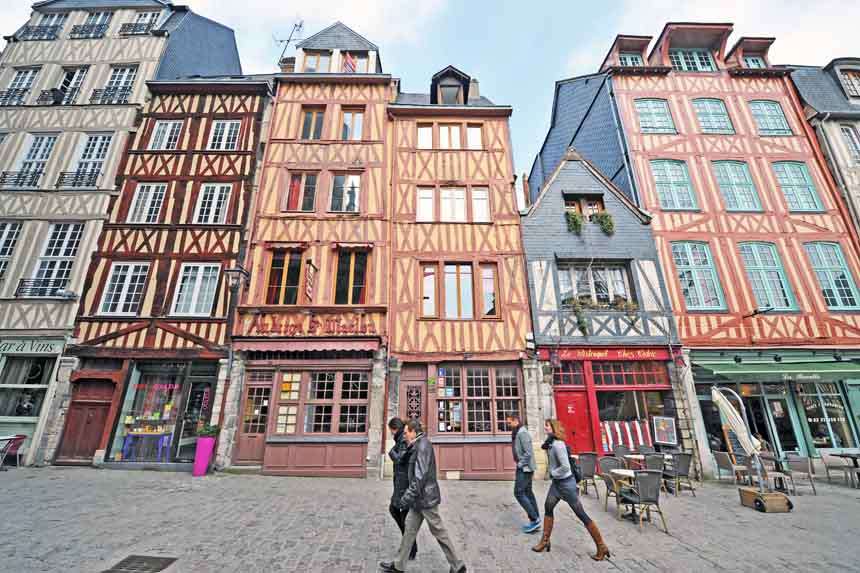 Certainly, if you walk the beautiful old town you can be in no doubt as to Rouen’s origins. With the transformation of Vikings into Normans in the tenth century following Roman occupation, Rouen became the capital of Normandy as a result of its geographically strategic and trading significance, situated where it was on the River Seine. Prosperous lords and merchants transformed the centre of the city into a remarkable masterpiece of decoration and design throughout the centuries, much of which remains in restored or refurbished form today. 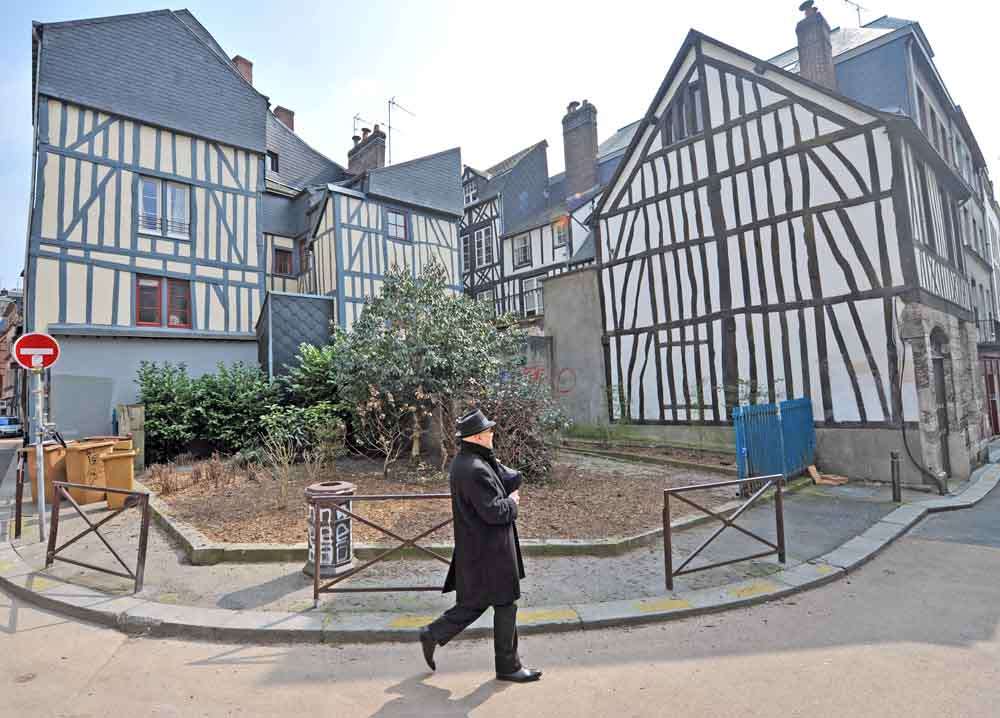 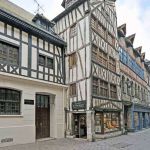 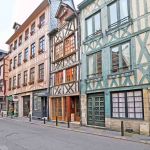 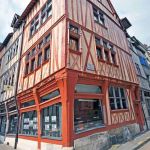 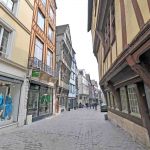 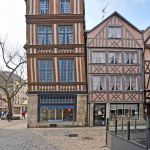 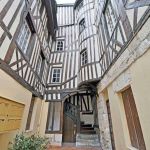 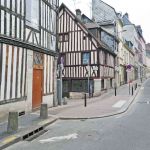 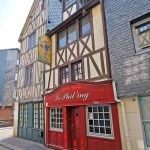 English influence from the Anglo-French Kings and occupation of much of Normandy from the 11th-15th centuries is also to be found in much of the architecture and the Seine River banks are testament to the past with the five-yearly ‘Armada’ festival of tall ships.

It’s in the sidestreets around the historic quarter that one gets a sense of the youth of Rouen trying to establish a presence, to make a statement that Rouen is not simply a museum to the past but a palette for the future. 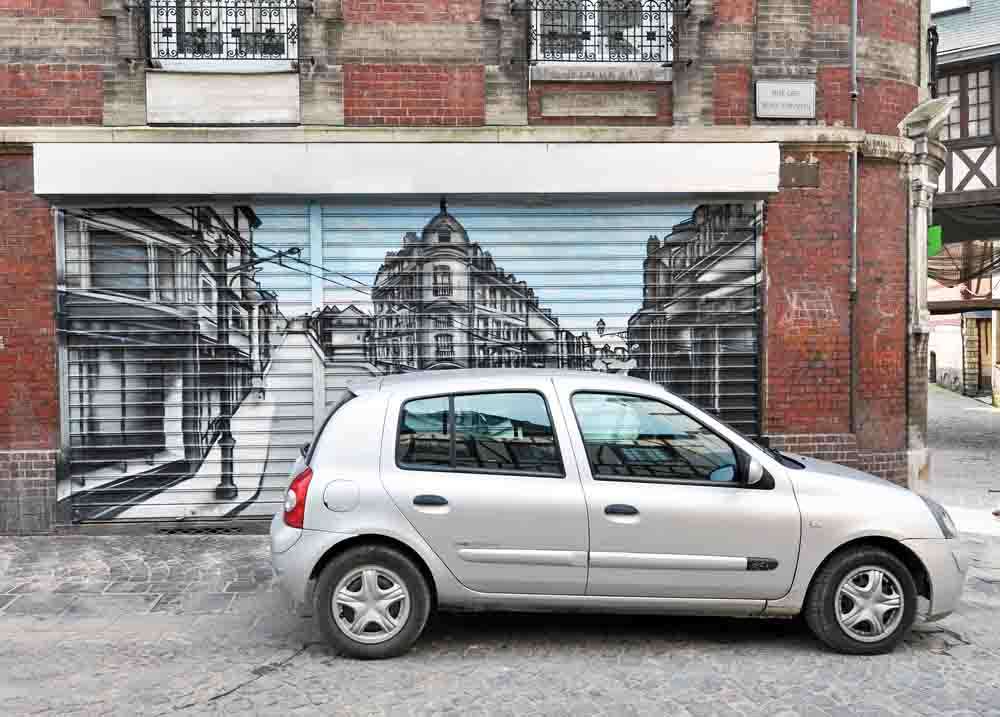 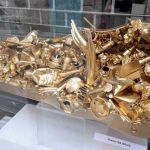 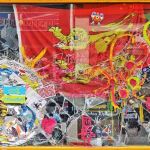 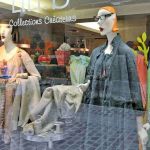 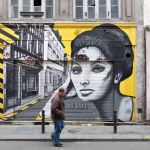 Graffiti here is not simply rebellion but a more contrived art form that adds to rather than detracts from the surroundings, offering an evolution from old to new – acting as a transition from the historic quarter that is the backbone of Rouen, to a celebration of today and tomorrow.
The church of St. Joan of Arc somehow marks the turning point of Rouen culture, from immersion in history to emergence into the present; a conscious initiative to progress that has now been taken up by the residents and youth of today’s city.

Riverbanks have become places of recreation rather than trade; parks and gardens, bars and restaurants have all emerged to transform the city into a stylish and vibrant place.
True, that many a visitor will still seek out the distinctive and historic old quarter with its Gros Horloge (Big Clock) and so should they – but now there’s plenty to attract you after you’ve viewed the timbered facades and browsed the bijou boutiques and macaroon stalls, for which the city is famous – so that the haunts of Monet and Joan of Arc can now give way to works of opera, ceramics, wrought iron, fine art and sculpture that are gradually making their presence felt. 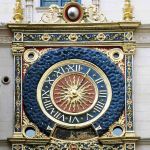 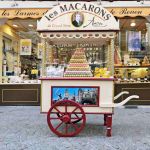 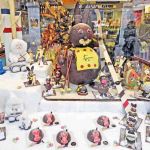 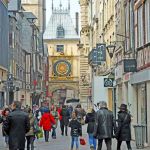 It’s a slow process but one that seems to work in harmony with the more traditional sights. Perhaps while you’re waiting you can spend a few hours contemplating your visit in one of Rouen’s excellent restaurants, such as the lively and vibrant l’Ardoise at 33 Allée Eugène Delacroix – where we spent a leisurely but noisy lunch enjoying the bubbly atmosphere that, although set within traditional surroundings, seems to hint of what’s to come in Rouen. 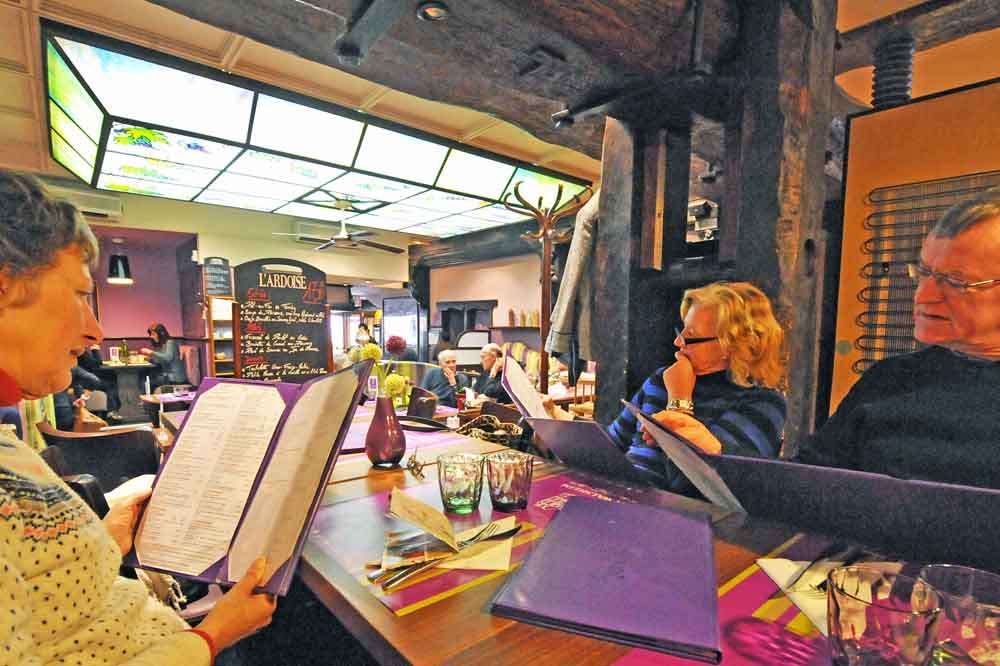