Riding into Beverley – in the footsteps of ‘Victoria’

Home » Beverley » Riding into Beverley – in the footsteps of ‘Victoria’

The market town of Beverley offers an olde-England welcome that initially seems disproportionately dominated by the imposing Beverley Minster.

We have to confess to knowing very little about the existence of Beverley in East Riding until we arrived by chance whilst visiting family near Hull. We were also immediately intrigued to find in this relatively unknown town one of the finest Gothic churches in Europe.

The market town of Beverley lies some fifteen to twenty miles north of Hull and has a beauty all of its own; retaining a small town charm whilst featuring numerous historical buildings.
Not that its a priority of ours but we were also pleasantly surprised to find that the town offers a sophisticated shopping experience among its cobbled streets and charming courtyards that doesn’t rely for its survival upon ubiquitous high street names, which for us, sap character from any street-scene. 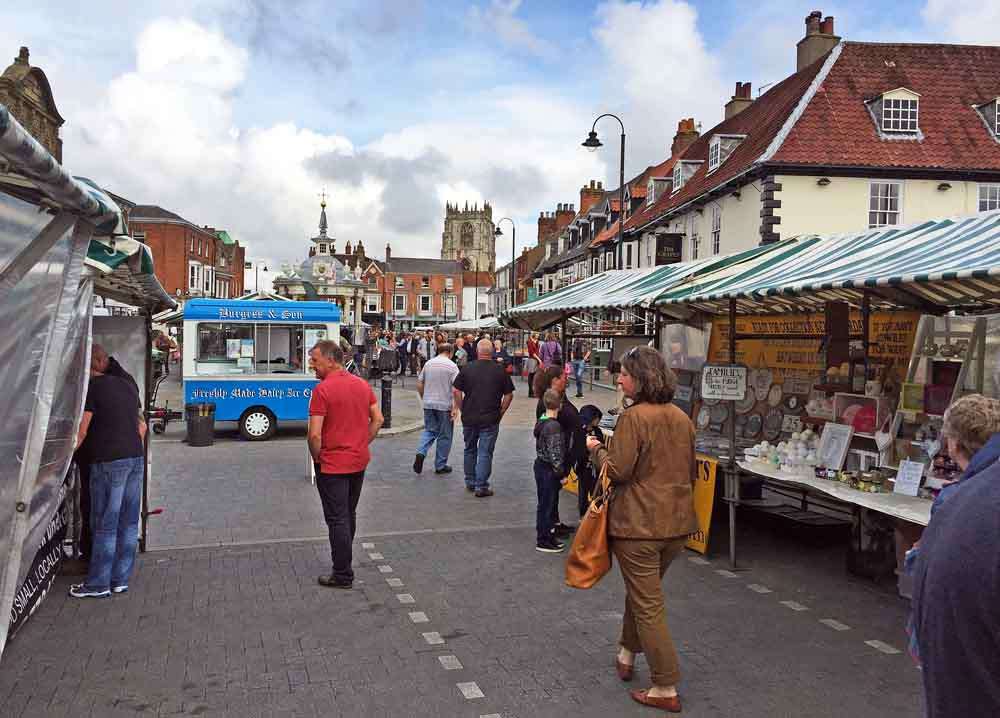 An interesting selection of smaller independent shops, an antique arcade and the Saturday market make for a delightful weekend browse.
The Georgian Quarter has architecturally fascinating streets, divided by the 15th Century North Bar, containing a great number of listed buildings. 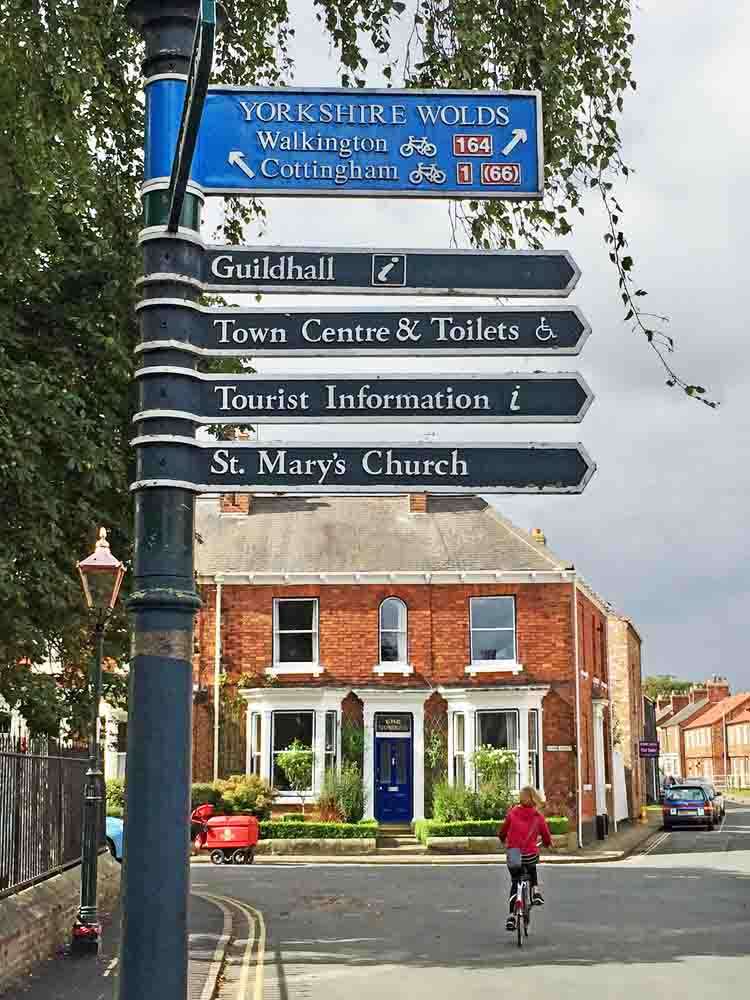 As we amble around the cosmopolitan pavement cafes, quirky eateries, cosy coffee shops and fine dining restaurants its easy to imagine enjoying a lot more time in this part of the world. 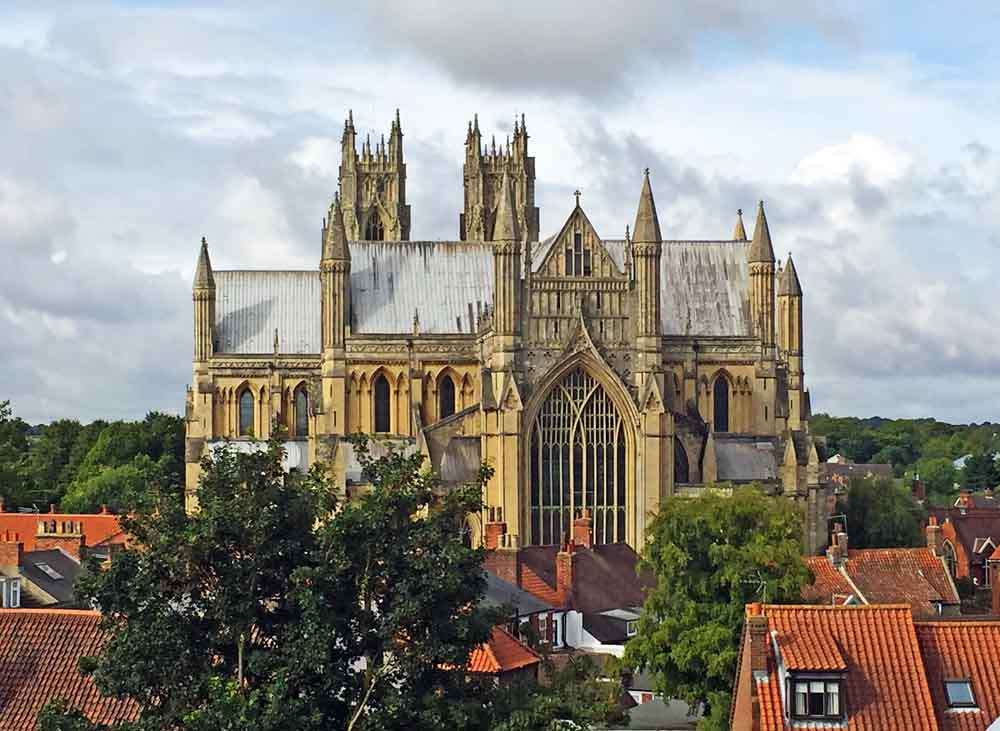 The Gothic masterpiece of Beverley Minster is one of the largest Parish churches in the UK; being larger than nearly a third of all cathedrals in the country. Its importance is attributed to Saint John of Beverley who established a monastery in 700 AD.

Numerous reincarnations of the building, necessitated by devastating fire, ravaging storms and collapse from overambitious building designs throughout the centuries have resulted in today’s imposing edifice, which is held as being the epitome of ‘English Design’.

Its twin west towers are said to have been inspiration for the facade of Westminster Cathedral although overall, in our opinion, it seems somewhat out of scale with its present day surroundings. 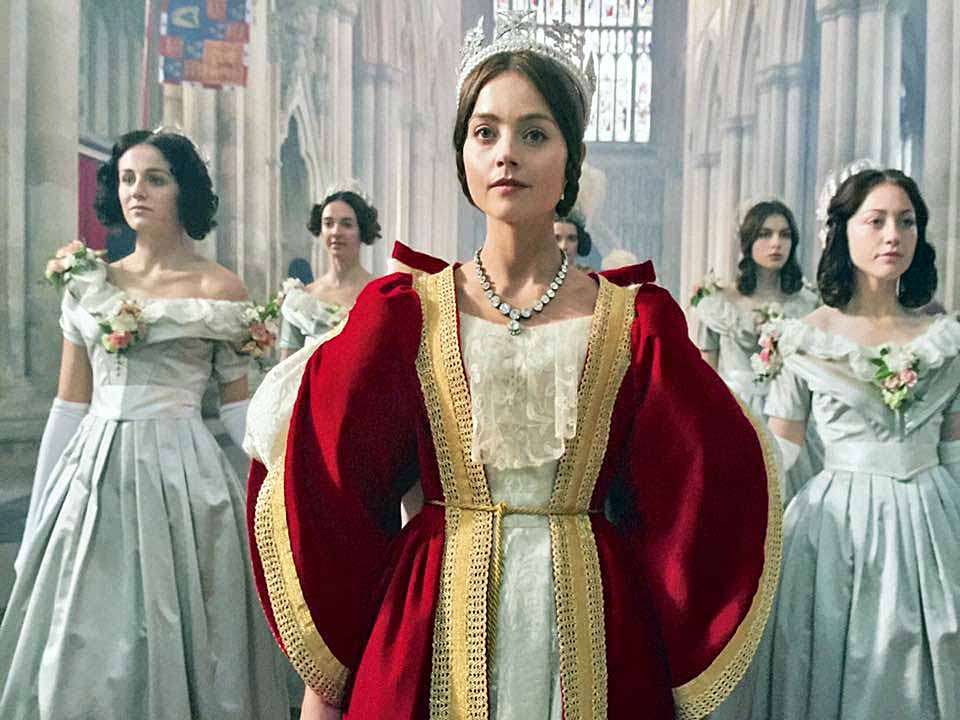 Obviously, the makers of the extravagant ITV drama ‘Victoria’, also felt the affinity with Westminster Cathedral, as scenes from the highly colourful production were filmed in the enormous central Nave. King Charles III also ‘visited’ during the filming of the BBC drama.

The Minster seems to have been less visited by genuine royalty; albeit notables such as Thomas Becket was named Provost of Beverly in 1154 and Henry Percy, 4th Earl of Northumberland, was buried here after being murdered by his own retainers at Cockslodge in 1489 following the Yorkshire rebellion over high taxes imposed by King Henry VII. 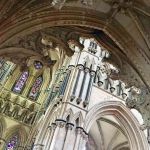 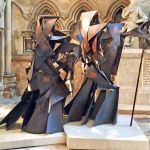 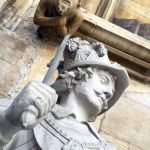 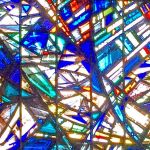 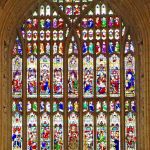 All that said, it is undoubtedly one of the more interesting and impressive examples of incredibly detailed masonry, sculpture and ‘grand designs’ that you’ll find – and a fascinating collection of artefacts, styles and features that make any visit highly rewarding irrespective of your religious leanings. 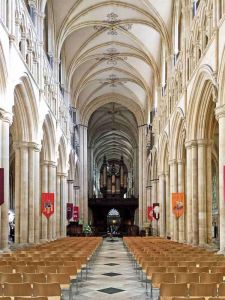 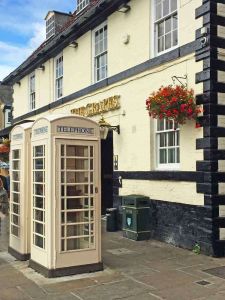 Beverley has been voted one of the best places to live in the UK and is also referred to as one of Yorkshire’s best kept secrets.

Strangely, Hull is the only area in the UK to have retained a municipal telephone network, independent of the original GPO.

With distinctive cream phone boxes and its residents receiving the ‘White’, rather than ‘Yellow’ Pages telephone directory, it’s another example of this quirky little town that inspires you to take more notice of it as you stroll through its alleyways and picturesque streets.

For us, Beverley, captured our imagination to the extent that it rekindles a latent interest in our own country that is so often subjugated by the temptation of, for the most part, warmer climes that lay to the south. 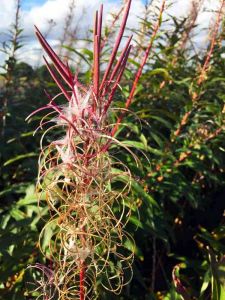 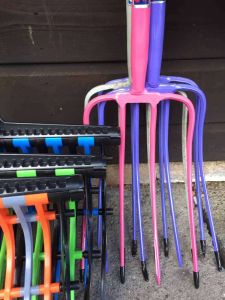 There’s no shortage of novelty in the surrounding areas either, from the beautiful Wolds where country walks reveal unusual hedgerow plants and wildlife, to little farm shops that stock colourful pitchforks to tempt female gardeners who regard this form of labour as ‘men’s work’!

So, with its exquisite 13th Century Minster, thriving music scene, excellent flat racing and medieval skyline that remains refreshingly unspoiled, we recommend that you head into Beverley and the countryside if you’re ever near Hull.