Often missed but very much a part of the ‘Golden Triangle’ in the Agra District of Uttar Pradesh, India;  this abandoned city encapsulates Murghal life in a way that the tourist-smothered monuments of Agra fall short.

Fatehpur Sikri is only an hour’s drive – 40kms – west from Agra but is often by-passed in favour of heading in all haste to Rajasthan. Don’t be tempted to give it a wide berth.
For us, this ancient capital, which was abandoned only a few years after it was built and inhabited by the Emperor Akbar, gives an insight into town planning, culture, architecture and Murghal daily life that is hard to match anywhere else in India. 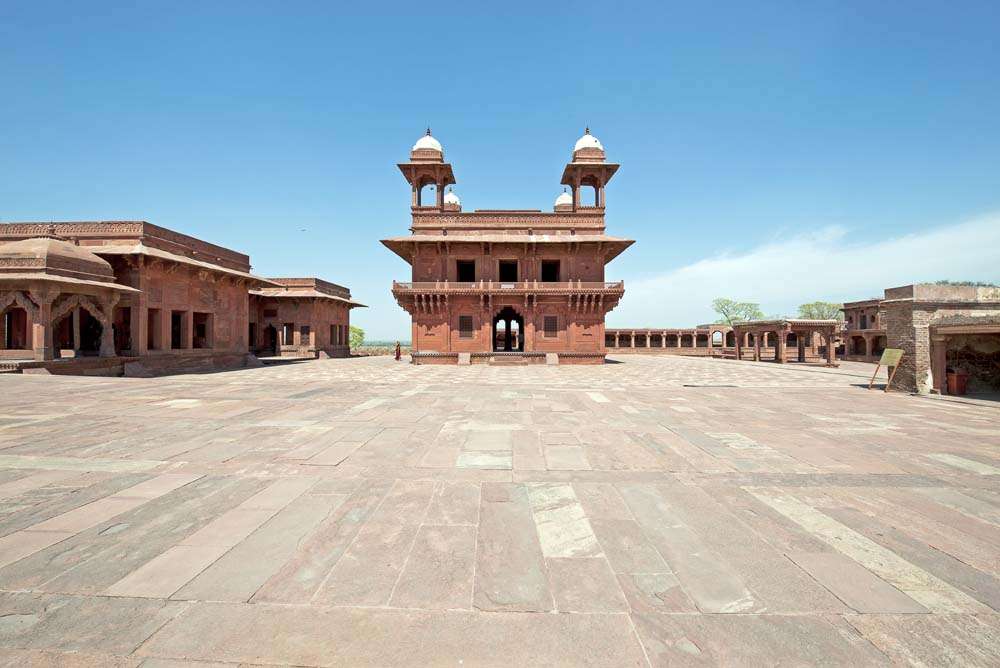 The central city palace area is so pristine that you have to pinch yourself to remind yourself that you’re not in a Disney recreation but in buildings, courtyards and alleyways that are as they were left, nearly five hundred years ago. Although not occupied now, the area is every bit as fascinating, as devotees, tourists and locals alike mingle amidst the imposing buildings and courtyards. 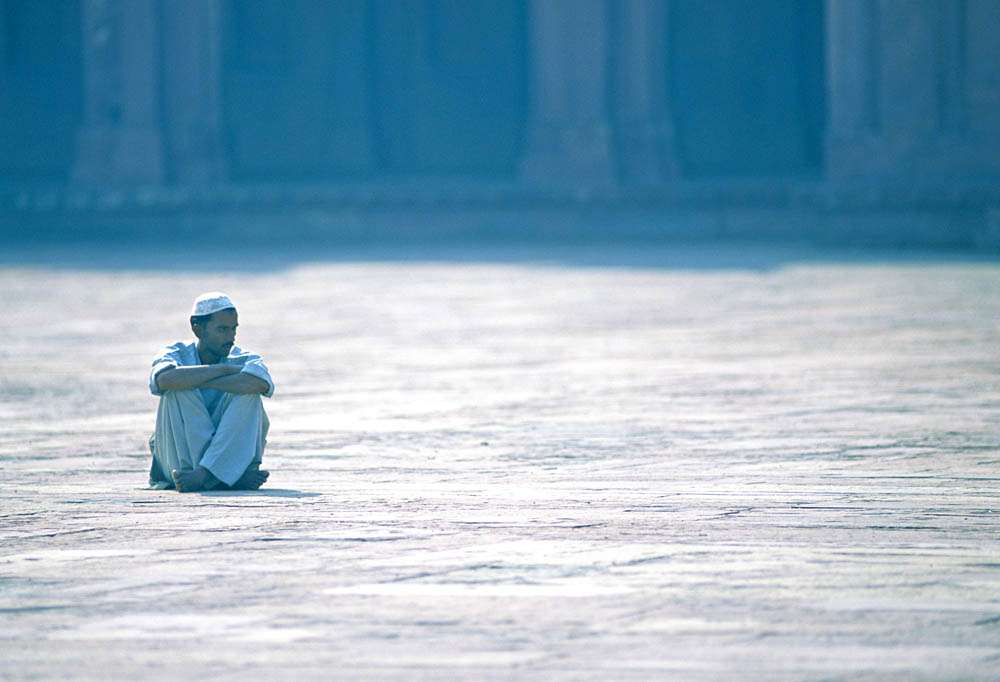 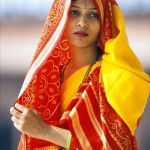 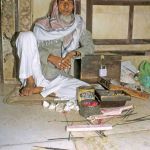 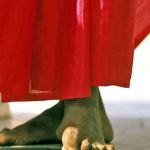 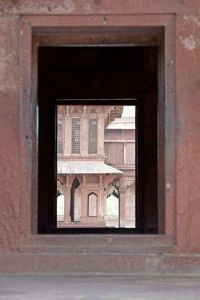 The distinctive red sandstone from which the city is built brings together an eclectic mix of architecture that was overseen during its creation by the personal attention of Emperor Akbar – a mixture of Persian principles and Indian influence together with Arabian and Asian tented encampment layouts.

Founded in 1571 the city was abandoned due to its water supply failing shortly after completion and because of the proximity of warring Rajputana. It was subsequently occupied over the centuries but without much visual impact on the central complex. 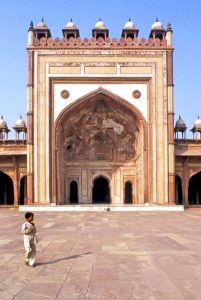 The Jama Masjid, the congregational mosque, was one of the first buildings constructed in the complex and is marked by a massive entrance to the courtyard. It is still very much in use today. 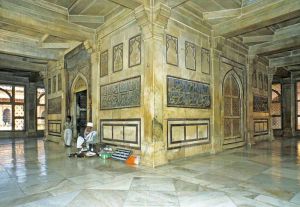 The white marble encased tomb of the Sufi saint, Salim Chisti seems strangely at odds with the rest of the complex – being as it is single-storied and with a stark white marble exterior and beautifully intricate carved screen ‘walls’ that ventilate the islamic patterned interior. 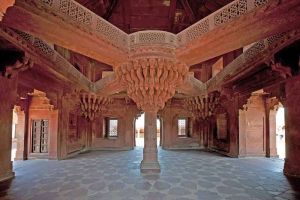 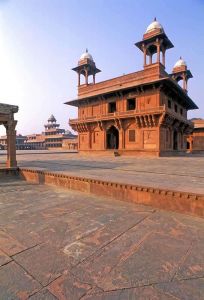 The Diwan-i-Khas and Diwan-i-Aam, private and public audience areas are common to most Murghal palaces but nevertheless, within Fatehpur Sikri, distinctive in their own right.

The incredibly ornate structure within the Diwan-i-Khas is all that’s left of the amazingly intricate design that was covered in sheets of gold, silver and precious stones – applied to reflect the sun’s light into the chamber – all unfortunately plundered during the ‘Mutiny’ or 1st War of Independence of 1857. 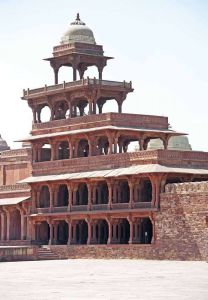 The Panch (meaning ‘five’ in Hindi) Mahal, is believed to have been for the ladies of court and is notable for its five stories of diminishing size, somewhat akin to a red wedding cake with the tiers supported by a total of 176 ornately carved columns. 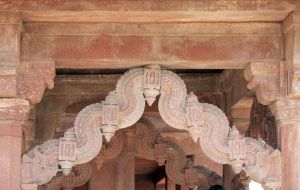 It’s quite possible, off season, to stand completely alone in the magnificent city square and imagine yourself cast back in time to when this superb complex was the hub of the Murghal Empire; to imagine the quiet movements of courtiers about their duties, the ladies of court secreted in their own palace annex and Akbar himself awaking in his ‘air conditioned’ quarters with cooling water circulating around his bed as he contemplates new conquests. 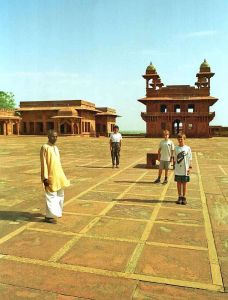 Do take the time to visit this evocative city and spare a minute or three of contemplation and look closer, rather than simply regard it as an historical monument of little consequence as you pass through. 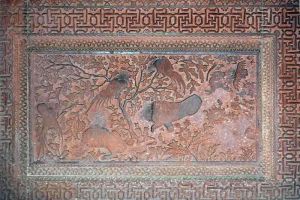 Why not ask us to arrange your own tailor-made travel to Fatehpur Sikri and throughout India – see below.

Let us plan your own inspiring journey to India