Jean-Michel, with his wife and business partner Agnès are filled with an effervescence for their Paul-Etienne Saint Germain creation – only eclipsed by their very own elegant Grand Cru champagnes.

Walk the length of the world famous Avenue de Champagne in Epernay and you’ll be among some of the greatest known champagne brands –  from Mercier at one end to Dom Perignon and Perrier-Jouet at the other. 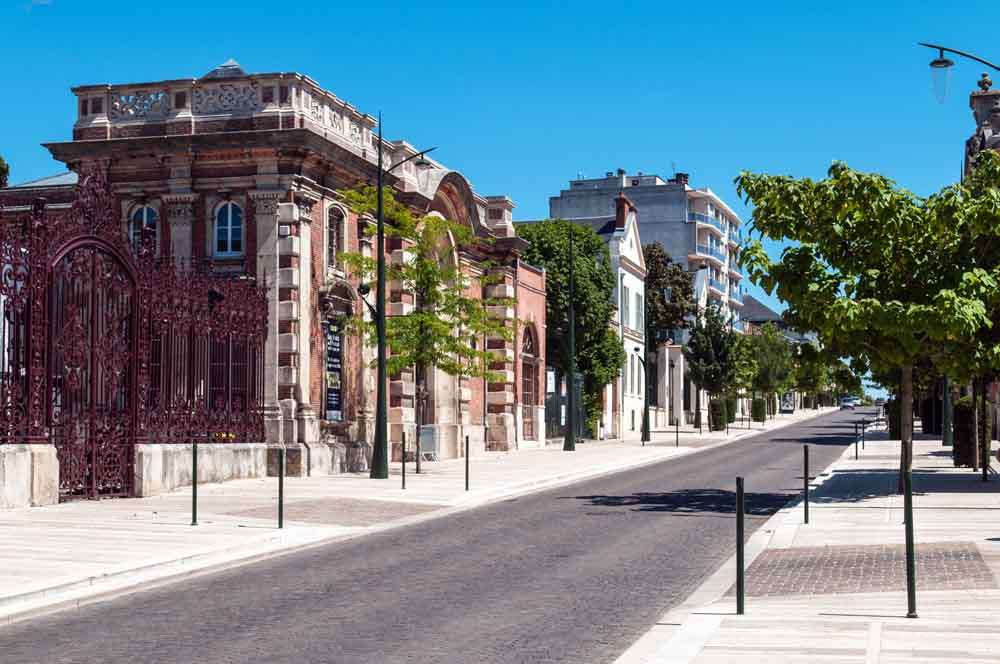 Avenue de Champagne, Epernay – ‘the most expensive street in the world’

Remarkably well established for a champagne house of only fifteen years, the family vineyards now used for Paul-Etienne Saint Germain previously supplied some of the more famous brands, before the Lagneau’s decided to establish their own. 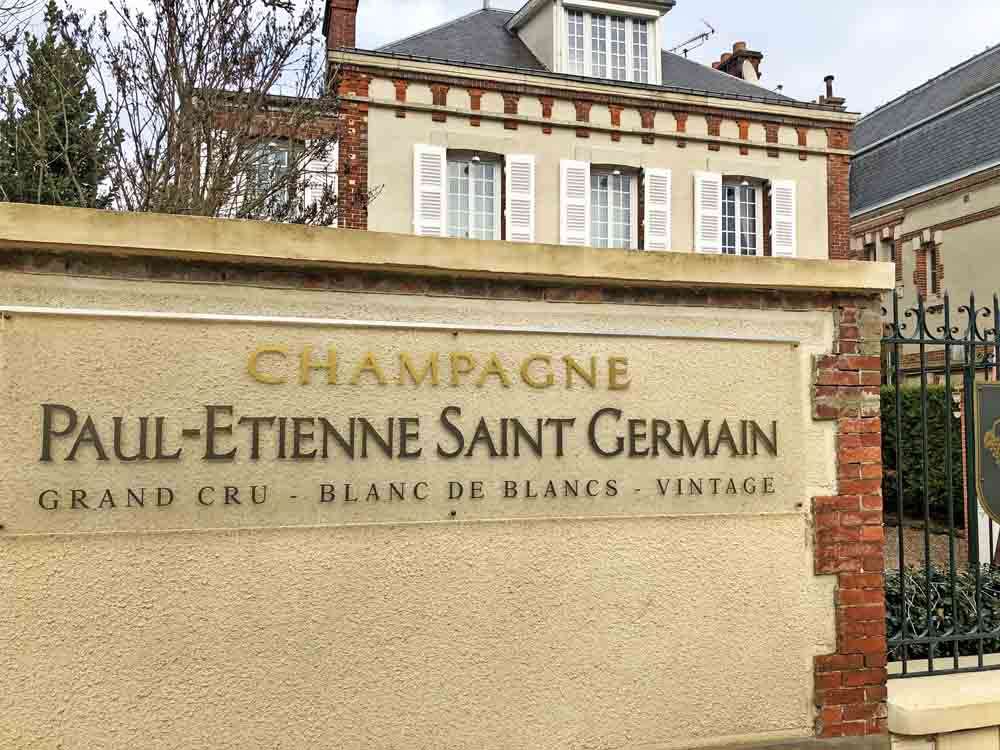 Unlike the larger champagne ‘maisons’ who produce literally millions of bottles for mass consumption, Jean-Michel has refined his product to one that offers little more than 40,000 bottles per annum.

The Grand Cru rating for champagne identifies those villages and vineyards producing (on a scale of 1-100%) the highest quality grapes that can command the very highest prices. Less than 9% of all the planted vineyard land in Champagne has received a 100% Grand Cru rating, with Paul-Etienne Saint Germain among them. 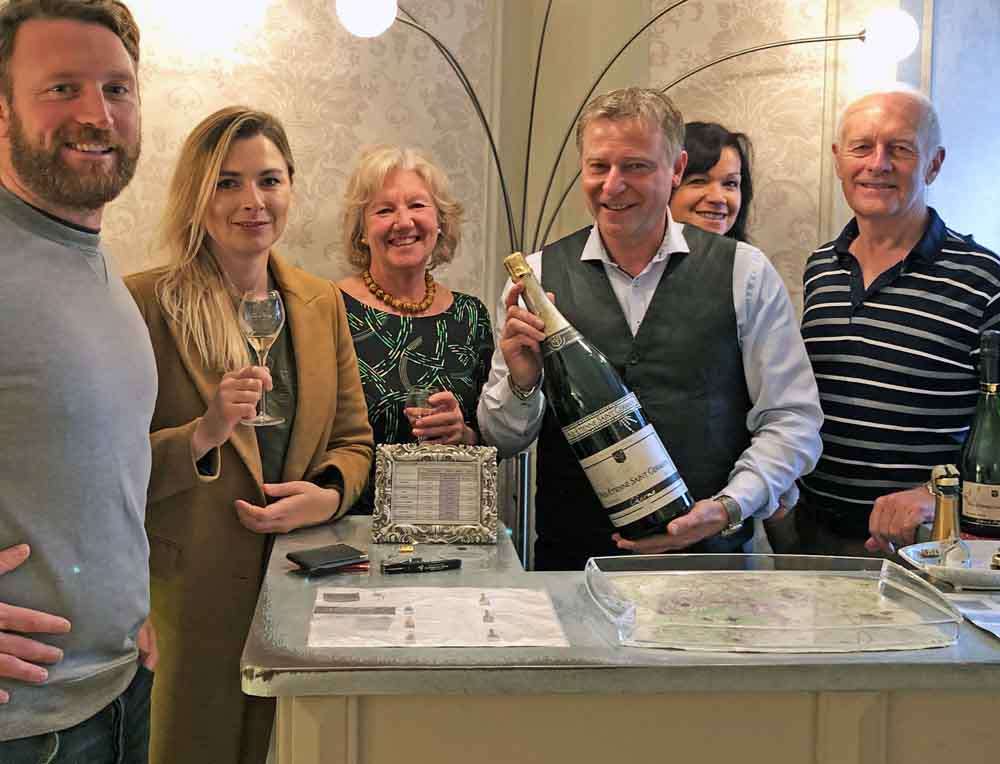 Jean-Michel and Agnès Lagneau with our son Jamie, his partner Izabela and ourselves at the tasting of fine champagnes by Paul Etienne St. Germain

Our visit to Paul-Etienne is partly by chance, as champagne houses open on New Year’s Eve are few and far between; partly by design (as we’ve researched well before going to Epernay) and partly because of the wonderfully warm welcome we receive from Jean-Michel and Agnès. We’re accompanied by our son, Jamie and his partner, Izabela, who also contribute to our reviews on this website – so we’re looking forward to a treat.

To say the Lagneau’s are enthusiastic about their champagne is an understatement; their passion for their work being all-encompassing. Their modest mansion on Avenue de Champagne doesn’t have the extensive miles of cellars in the chalk caves beneath (such as the ones that Moet et Chandon or Mercier offer tours of)  but it does have a personal touch that none we’ve previously visited can match. 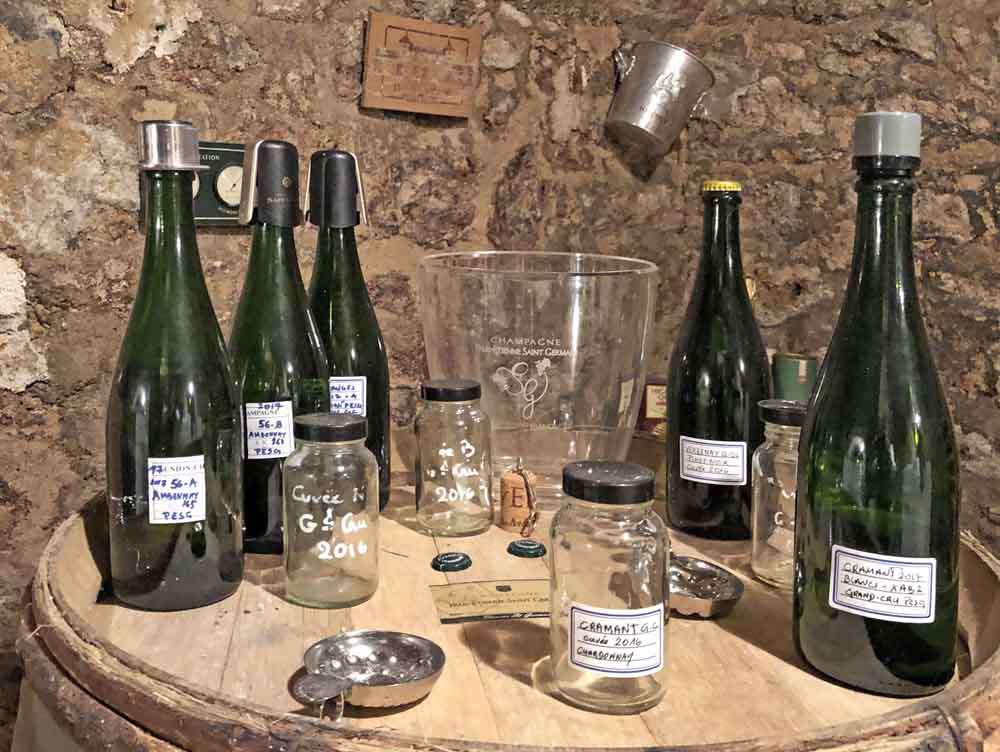 Blending table in the ‘laboratory’

Jean-Michel uses the cellars in his mansion as his own personal ‘laboratory’, where he blends and experiments for his next creation. He shows us a bottle of his ‘new baby’ – a champagne of the finest quality of which he has produced only 1000 bottles as a strictly limited edition.

He is immensely proud of the fact that the New York wine merchants Tribeca have highly rated his ‘baby’ but slightly daunted by the extra pressure that the potential publicity from Oprah Winfrey (who has reportedly taken a liking to it) will put on his carefully managed production levels.

Although we’re sure he has things he’d rather be doing on the eve of the New Year, Jean-Michel takes the time to explain his creations in some detail – not so that we are blinded by science – but so that just some of his personal excitement for his champagne will be infused by us. 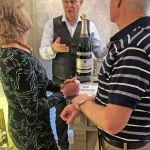 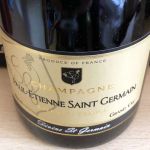 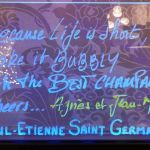 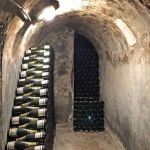 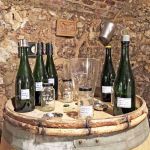 With Jean-Michel giving us a careful explanation of the  blending of each champagne, we taste four of his six current blends and its only by doing so that its possible to differentiate between the subtleties of each. Ranging from the simple ‘Tradition’ label through ‘Rosé, ‘Charme’, ‘Divine St Germain’, ‘Exception’ and lastly ‘Sublime St Germain’, we begin to understand not only his enthusiasm but also the blending process he has employed.

Put over-simply, each label is a mix of varying percentages of Pinot Noir and/or Chardonnay grapes to create different subtle aromas and flavours with degrees of varying and enduring after tastes.

Jean-Michel’s belief is that his ‘Divine St. Germain’ is a strong rival for Dom Perignon and we’d struggle to argue with him. His ‘Sublime St. Germain’ blend is just so subtle and without any of the acidity often associated with champagnes that we decide to avoid it for our own purchases, as its just too easy to quaff without due consideration for the care invested in it – especially on New Year’s Eve!  Nevertheless it displays some of the finest bubbles we’ve ever seen in a champagne. 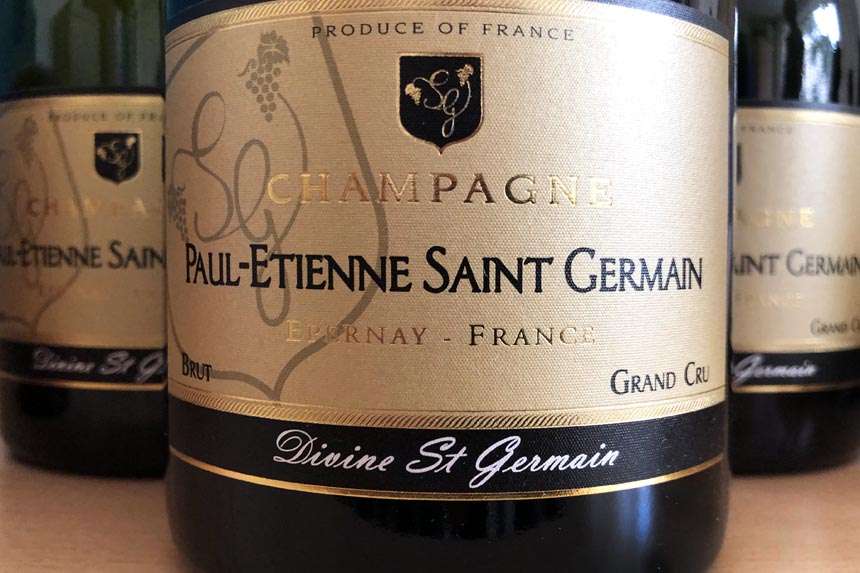 A treat in store with our own purchase of a case of ‘Divine St. Germain’

After a very pleasant interlude and in no way being made to feel as though we’ve outstayed our welcome, we select a case of ‘Divine St. Germain’ and Jean-Michel waves us off with a cheery goodbye and closes his door quietly behind us to prepare for his own New Year’s celebrations. 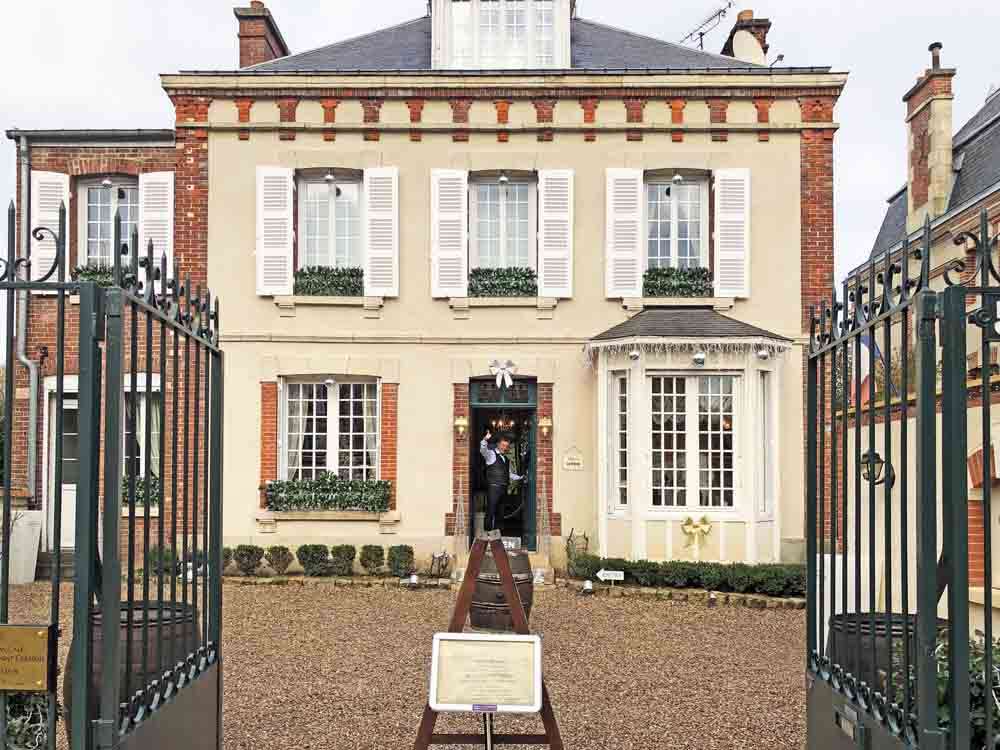 Famed as the ‘most expensive street in the world’ because of the millions of bottles stored beneath it; a visit to Avenue de Champagne will always reward the traveller – not only for the beautifully manicured and maintained chateaux that line it but also for the delights stored within.

Nevertheless, for us, it’s been a superb treat to be welcomed and embraced by the warmth of Jean-Michel and Agnès, where instead of an impersonal tour of a mass production facility, we’ve been graced with a personal insight into someone’s passion and vocation. The fact that these attributes are reaping rewards, both in terms of recognition and growth is a true compliment to this small but beautifully elegant champagne house.

We can’t recommend a visit highly enough – all good wishes from us to Jean-Michel and Agnès for ever more successful years – and vintages.

Should you wish for more information about Jean-Michel and Agnès Lagneau’s wonderful Paul-Etienne St. Germain champagne: