A fine Meze to get into

Home » Cyprus » A fine Meze to get into

Our stylish, comfortable apartment in Paphos, is marred only by its misleading distance from the town and the noisy building site it sits within, with its empty swimming pool – not  a great introduction to Cyprus but salvaged in part by one of our fortunate choices of restaurant.

Luckily we have a hire car and don’t intend spending much time in the apartment – but we’ve fallen foul of misleading marketing. Paphos itself, leans more towards those who favour beer and chips as their staple diet, albeit glimpses of refinement and history do peek through.

We’re only here for a long weekend to celebrate our son Jamie’s birthday with his longtime partner Izabela, also contributors to The Luxury Couple, so its a bit of a disappointment but we’re determined to find authentic Cypriot locations that don’t have a constant background of English dialects.

It takes us a while but one evening we eventually find a rustic little restaurant – off the beaten track but not too far from Paphos centre – just far enough away to keep the casual Brit away. 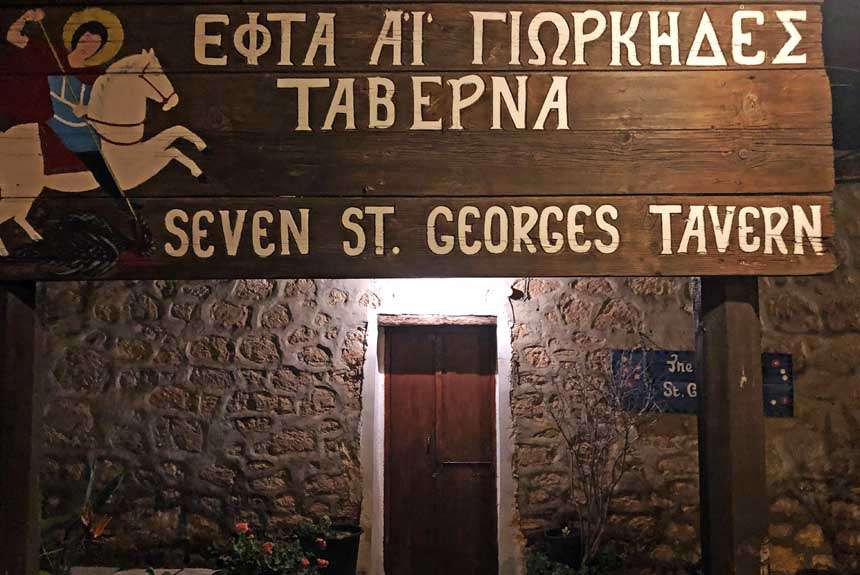 ‘Seven St. George’s Tavern’ presents an unassuming persona from the outside but there’s a feeling of warmth and welcome that immediately embraces us on entering through the aged wooden door. 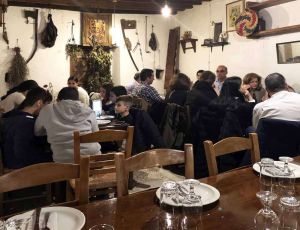 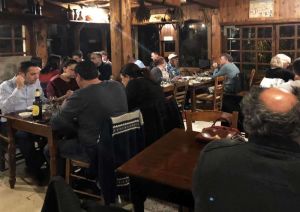 We’re greeted by Ben, one of the owners and led to a table in the heart of one of the rustic dining rooms.

We’re no sooner seated than Ben explains that this is no ordinary restaurant – it has no menus!

If we’re happy to participate, he explains, then he’ll just bring us a selection of starters that are fresh today, followed by a selection of entrees – until we give in, or order desserts!

Having enquired as to any food allergies that we might have – and found that we’re game for anything – he heads back to the clean and bright kitchen behind him. 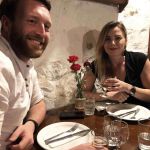 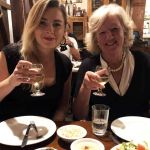 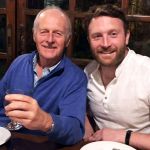 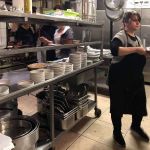 We’re pleasantly surprised to find that there’s only a very light sprinkling of English voices that are easily outnumbered by the local Cypriot tongues; so we feel as though we’ve managed to find something authentically ‘Cyprus’ here rather than a construct for tourists.

What now follows is a steady stream of fresh and beautifully prepared starters of Tzatziki, Humus, salad, cheese and dips with crusty fresh bread that could easily have floored us if we hadn’t anticipated the dishes to follow. 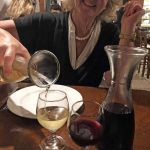 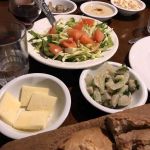 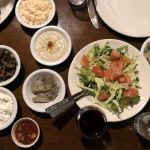 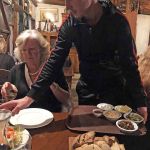 Fresh goat, beef, chicken, pork belly, leeks and several other dishes arrive at our table as we empty each plate, all superbly seasoned and prepared with traditional Cypriot recipes. 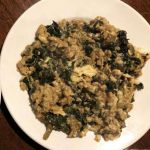 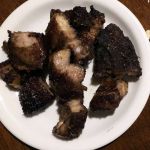 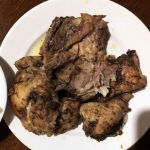 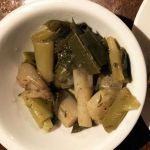 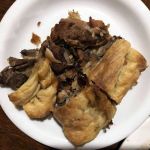 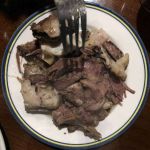 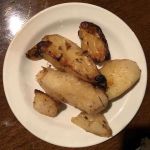 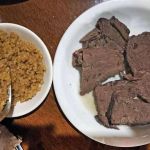 We fail miserably to pace ourselves and despite grinding to a halt with the main meal, still manage to find room for all five desserts on offer that we share between us with great relish.

These include a Date pudding, rice dessert, toffee pudding, a lemon pud and a rich chocolate pudding – all soaked in syrups and light, fragrant, sprinkled spices. 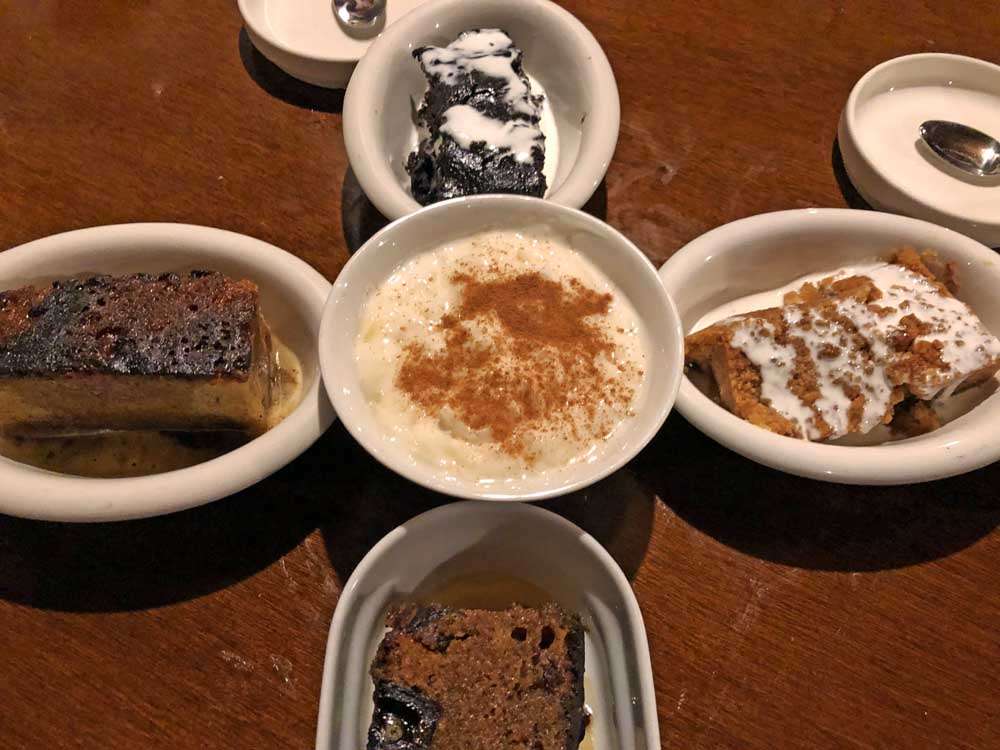 Wine flows copiously as we assist our digestion throughout the meal and its a very happy group of four who sit back in our chairs at the end of the meal and gladly pay the 120 Euros for the four of us – including the Meze at 17.50 Euros per head. 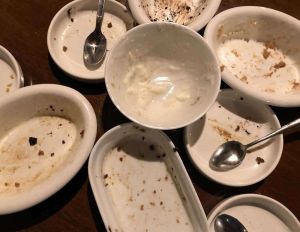 Clean dishes say it all!

There’s a generally happy buzz to the restaurant, due in no small part to our hosts and the hubbub around us is both genial and lively.

We’re feeling decidedly replete by the time we heave ourselves out of our chairs and set out on the walk back to our apartment, a steady fifteen minutes of regenerating stroll away. 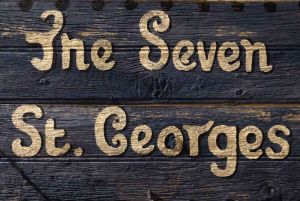 Seven St. George’s Tavern has reminded us that with a little effort its possible to find the true character of Cyprus and that the genuine warmth of its people here encourages a much longer visit in order to explore much further.

Next time we won’t depend on Booking.com for our accommodation choice, nor the ‘Best ten things to see in Cyprus’ from Google. As seasoned travellers we’ll spend more time in our own research and just head off and explore the island – in the sure knowledge that there are many little corners, coves and characters that we’ve yet to discover when time permits.

The four of us did have a great time, as we knew we would – but time being against us we were really pleased to have found this little gem that is Seven St. George’s Tavern.

We’ll certainly visit again when we next head to Cyprus.

If you wish to find Seven St.George’s Tavern it’s at Yeroskopos, Paphos, Cyprus.

They are closed on Mondays